Lunar witchcraft is one of my most important magical practices.  I’ve gained so much from it.  When I started paying attention to both the short and longer moon cycles, my magical progress ramped into hyperdrive.  I call the longer cycles the “greater lunar cycles.”

Every new moon has a 28.5-day cycle.  It starts as a dark moon, and then it shifts into a tiny sliver of light.  This is the time of manifestation, growth, and attraction.  Lunar witches work with the energy of the new moon to set intentions and manifest our desires.

From there, the moon forms a waxing crescent, and then it forms the first quarter moon–a square aspect to the sun, which is helpful for taking action.

The full moon two weeks after the new moon is the first moment of climax, and we see results from our new moon work.  This is the shortest cycle of growth.  We stand opposite the placement of our intentions and we receive the light and magic that they cast.

The remaining two weeks of the moon cycle, when the moon is waning, are used to revise intentions, redefine, clarify, and even let go.  I go into all the phases of the short lunar cycles in Intuitive Witchcraft.

A lot of people think that the short cycles are all there is, but in my opinion, they’re wrong.

The Greater Lunar Cycle of Manifestation

The greater lunar manifestation cycle consists of six months of big growth and attraction.  It starts when the new moon is new in one zodiac sign, and it continues until the time the moon is full in the same zodiac sign.  It marks a longer cycle of progress and growth toward whatever intentions you set at the new moon.

Think of it this way–envision your new moon intention as a dot in a particular place in the sky.  For example, an intention set on the new moon in Leo would have a dot in the stars that make up the constellation of Leo the Lion.

For the next five months, the new moons will be new in other signs.  As the moon moves across the sky, whenever it crosses into Leo, it will be waxing from the new moon in Leo stage, but in a waning stage relative to the short moon cycle (because there’s a new moon in Virgo afterward).

In the sign of Leo, we will see a waning crescent moon, then a third-quarter moon, and then as a waning gibbous moon.  This means that the light energy of your intentions set at the new moon in Leo are growing, but it’s tough work.  There’s a big of going against the grain, and there’s work to be done as you learn.

After about sixth months of growth, the full moon will appear in Leo (continuing the analogy).  It will shine a bright light upon your new moon in Leo intentions you placed six months ago.

In the greater lunar manifestation cycle, the full moon marks a huge culmination and a time to celebrate all your growth over the past six months.  By this time, a lot of things will have come to pass.  You’ll probably have much greater clarity on your intentions.

The Greater Lunar Cycle of Revision

When the full moon has passed its peak, it’s time to consciously shift from growing that new moon intention from six months ago, and move toward revision or release.  Remove any final blocks to really allow the energy to transform on a whole mind-body-energy-spirit scale. 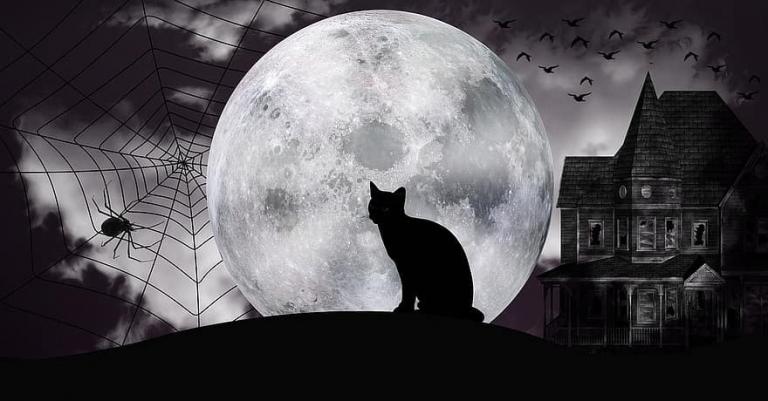 After the full moon in that sign, the moon will show up again in that part of the sky, in Leo, if we use our example again.  It’ll be in waning from the greater full moon in Leo stage, but in a waxing stage relative to the short moon cycle (because there’s a full moon in Virgo next).  For the next six months, it’ll first be a waxing gibbous moon in Leo, and then a first-quarter moon, and then a waxing crescent moon, until finally, it’s a dark moon in Leo again.

Picture the greater full moon energy as if you’ve pushed a cart up a hill for six months, manifesting and working on your intentions.  The full moon is the point at the very top of the hill.  It’s time to celebrate how far you’ve come, and then give the cart one last push and let it go forward, over the hill before you.  At this time, instead of continuing to pushing the cart (greater lunar manifesting cycle), you’ll be running alongside it as it speeds downhill, removing anything that’s in the cart’s way (the greater lunar revision cycle).

The next dark moon in that sign is a time you can look back and see how much growth you’ve accomplished over the last year.  It can also be a turning point for where you want to go from here.

I recently made a video about how the long lunar cycle showed up for me.  I go into my new moon work and what happened on the full moon six months later.  I reference my article Healing Ancestral Wounds through Dreams, but you don’t have to read it to understand this video.

Some people feel that eclipses are inauspicious times for working with lunar magic, but I feel it’s all up to you.  If you bring fear and negative energy to your practice, that’s what’s going to manifest, so don’t do them if it doesn’t feel right.

My calendar has the moon cycles on it–this has been immensely helpful to keep track of them.  My practice includes an observance of the waning moon, the dark moon, and the new moon to fully work with all of the energies.  Again, Intuitive Witchcraft has more information about this.

Keep a journal or book of shadows of your magical works so you can page back to see what you did.  This can inform your work and help you track your growth.

Check to see where new moons and full moons fall in your natal chart to get an even deeper sense of what they mean to you.  For example, the Leo moons I mention in my video above fell in my 11th house of community, which is interesting considering my dreams of healing ancestral wounds.

Pay attention to upcoming eclipses so you can plan ahead to work with them.  There’s nothing like the regret that happens when you page back to see what you did for the new moon for the upcoming full moon eclipse, only to see that you skipped it.  I use this website for upcoming eclipses but I recommend searching for each individual eclipse to learn more about the time, zodiac sign, exact zodiac degree, and any other aspects.

I hope this article on greater lunar magic was insightful for you.  I feel you don’t always have to wait for the new moon to do magical practices, but it does seem to help.

I also believe that however you practice your moon magic or witchcraft is valid, so keep doing the things that help.

I’ll be making more videos about my practice, insights, and thoughts, so subscribe if you want to keep in touch.

About Astrea
Astrea Taylor is the author of Intuitive Witchcraft and Air Magic, coming April 2021. You can read more about the author here.
Previous Post 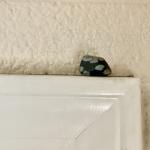 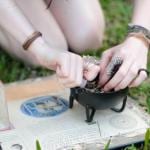 February 9, 2021 How To Write A Spell Or A Ritual: A Basic Formula For Magic
Recent Comments
0 | Leave a Comment
"took the words right out of my mouthjH.636PA.CO/pV5421eg"
Flame_012 The Cleansing Power of Salt Bowls: ..."
"Let's not forget Persephone! I think She belongs right up there with Hekate"
Persephone's Poet Hail Lady Death: Death Goddesses From ..."
"The information about Santa Muerte and the Goddesses of Mexico is very incorrect. Santa Muerte ..."
Christian Ortiz Hail Lady Death: Death Goddesses From ..."
"Traditionalist pagans reject witchcraft. More modernist or New Age pagans are usually accepting of witchcraft. ..."
Jacquline Ard The Big Pagan Umbrella Covers Witchcraft ..."
Browse Our Archives
Related posts from Starlight Witch