Meeting Hel, Norse Goddess of the Underworld May 3, 2018 Astrea Taylor

As promised, here’s the story of the time I met Hel, also known as Hela, the half-rotted Norse goddess of death and one of the underworlds. It’s not for the faint of heart.

When I was in my early twenties, some friends invited me to their condo for a party.  It was nice, with good music, food, and even dancing, but I wasn’t feeling social.  So, I stepped outside and into the night.

I walked to one of my favorite places — a circle of old pines behind the condo.  There were only about six of the trees, and they had been planted close together.  The pines all had bare needles and boughs in the middle of the circle due to a lack of sunlight, but the boughs were quite green on the outside.  It made for a good hiding place.  You could see out, but it was so dark inside that people couldn’t see in.

I sat down inside to meditate and the world disappeared.  By the time I felt the draw to return to the party, I must’ve meditated for somewhere around 20-25 minutes.

I stood up to leave, brushing the needles from my seat, when something stopped me.  Before me, in the bare clusters of pine boughs was a presence.  A Depth.   A Darkness.   A Pulsating Black Void.  It throbbed with energy, like a portal.  I was drawn toward it.

The pine branches were moving slightly as if blowing in a gentle wind, though I didn’t feel any wind on my skin at all.  It all felt very other worldly.

Then I saw her.  In the dancing branches, a beautiful young woman appeared.  She instantly disappeared into the void, leaving only bare boughs and twigs, then she reappeared.  She didn’t look at me — she faced the path that led into the circle.

Despite that, I could see that the right side of her face was almost completely rotted off.  I was shocked by the bone, sinew, and dark caverns where there should have been flesh.  The left side of her face had clear, ivory skin and a high cheekbone.  She gazed at me calmly with her intact, perfect left eye, and seemed to look at me from the other vacant eye socket as well.  In a flash, I saw the right eye hanging out of its socket, dangling, grotesque.  Then it was gone.

She did not speak at all, but her presence was vast and commanding.  It seemed as if she was testing me.  She waited, straightening her dark gray shift from time to time in silence, waiting to see what I would do.

I knew I was in the presence of a goddess.  I’d rarely sensed that kind of power anywhere my whole life.  And with her deathly face, I knew she was a death goddess.

Despite her macabre appearance, I was not afraid, not at all.  I felt a kind of resonance, as if my own inner darkness had found a black mirror.  She felt familiar, like a friend, a mother, or a teacher.  My heart beat with love for her, and instantly, I felt love emanate from her in return.

She did not tell me her name.  I instinctively called her Lady Death, which is actually one of her knicknames.  I closed my eyes and entered another meditative state, surrendering all to her.  When I opened them, both she and the magnetic darkness were gone.

I was so honored Lady Death chose me.  I didn’t know who she was for years.  I asked my friends, but no one knew.  Some suggested Santa Muerte or Hekate, but when I tried to work with them, they brushed me off, letting me know I wasn’t seeking them.  When I finally found out who she was, I was ecstatic.  I looked up everything I could about her.  She’s the daughter of Loki and ruler of the realm known as Hel/Helheim/Nifelheim, where souls who weren’t slain in battle go.  She’s known for holding her ground and being a kind but firm companion to the other realm.

These days, I work with her a lot. I call upon her as one of my north altar deities every new and full moon.  She still doesn’t speak, but I can feel that she’s there, like a comforting friend and protector.

I bought a beautiful print of her from one of my favorite pagan artists, Michelle Maiden of Elemental Underworld.  Check out the gorgeous drawing!

I can’t help but bring up how much I despise the way Marvel bastardizes the Norse mythology, making “Hela” into a power-hungry monster.  I so many feelings about it, even though I know the Marvel universe isn’t our own.  In my experience, Hel is kind and loving.  According to some, she can be strict with her followers, but it may be for good reasons.

I was inspired to share my experience with Hel with her permission.  I was also inspired by a book about others’ personal experiences with her, Wholly, A Devotional.  It’s also not for the faint of heart, but this book verified my experience with her.  Some of the passages are quite chilling in their similarity. 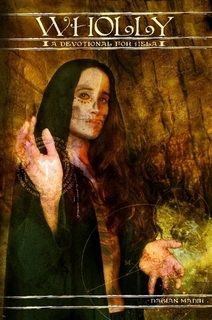 If you want to work with Hel/Hela, she likes her own altar with flowers and fruit set out to rot, chocolate, wine, water, and bread.  Be patient with her, as she’s not a quick starter in my experience.  With time, you may win her half-rotted heart and her undying love.

Bright blessings to you, always. 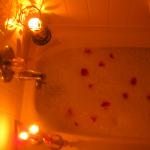 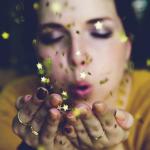 May 9, 2018 The "Selfish Ritual" To Cut Off Energy Vampires
Recent Comments
4 Comments | Leave a Comment
Browse Our Archives
get the latest updates from
Starlight Witch
and the Patheos
Pagan
Channel
POPULAR AT PATHEOS Pagan
1