What Would a Pagan Hogwarts Look Like? January 22, 2018 Astrea Taylor

Hogwarts isn’t Pagan, despite the loads of witch-chic imagery, including cauldrons, wands, spells, charms, and ceremonial robes.  In fact, the story of “the boy who lived” is a world without religion.

Here’s how I reimagined Hogwarts as a Pagan School of Magick.

Magick (Magic with a K)

Let’s get one thing out of the way.  We practice magick, raising energy and aligning intention with the gods and casting them into the world; not magic, the work performed by a stage magician, i.e. slight of hand or trickery.

Some of us may hold the title of magician, but none of us are trying to change teapots into a ferret, or believe we will be invisible to a grounds-patroller if we wear a spelled cloak.  This means the Pagan Hogwarts would shift the focus away from the over-the-top, anything-could-happen, fantastical realm into the more real, corporeal and spiritual realm.  I, for one, think this sounds way better.  Which leads me to my next point.

The Gods Would be Celebrated

I can’t think of a single time in which any of the gods are mentioned in the Harry Potter books.  Apparently, it was intentional.  JK Rowling has said that there were already so many religions, and she didn’t want to add another one, or take from an old one.

While I understand her rationale, this omission has left a gaping hole in the story-world for me.  Don’t get me wrong — I love the storyline, but I love the gods more.

Our imaginary Pagan Hogwarts would have several classes to studying the various gods and perform rituals to honor them.  It’d be freaking amazing, and probably my favorite classes.  There would also be giant statues of the gods in appropriate places, and temples as well.

Was I the only one who felt squigged out when the Hogwarts kids celebrated Christmas?  I don’t have anything against celebrating Christmas, it just stuck out.

While we’re on the topic of winter holidays I have nothing against the Yule Ball, but it’s not a time of year that I feel like getting dressed up and going out.  It’s more of an inward time for me, and a lot of other people feel the same way.

Perhaps instead of a Yule Ball, a rocking Beltane Ball could happen, with a may pole, bonfires, and fire dancers!  That’s one dance I wouldn’t want to miss.

Call Yourself Whatever You Want

The binary gender nomenclature of females-are-witches and males-are-wizards would go down the toilet with all other gender-defining titles.  At Pagan Hogwarts, you can call yourself whatever you want!  Are you a witch, a wizard, an enchanter, an enchantress, a magician, a priestess, a priest, a sorcerer, a sorceress, or something else altogether?   We’d respect that.

There’d be a sea of magical symbolism on jewelry and tattoos of the people who attend.  The entire school would be marked with symbols.  It’d be just like a big pagan gathering, only you’d be immersed in it for longer than a week.  Let that sink in!

Let’s be honest. Butterbeer sounds delicious, but how about a couple of specialty stores where we could buy our wares?  How about a magickal bookstore with all of the pagan books ever written, or a crystal shop with the most beautiful of specimens from all over the world, in all colors and sizes.  How about a greenhouse ran by a few hedge witches, stocked to the rafters with magickal plants (fresh or dried)?

The Classes Would be WAY Different

Additionally, the O.W.L. / N.E.W.T  tests could change to initiation levels of your specific paganism.  You could choose to have a school-supported self-initiation, or an initiation into an organized pagan religion you’ve worked with.

There’d Be No Such Thing as a Squib

It’s pretty universal that pagans believe everyone has the ability to channel their own magick.  Even suggesting that someone can’t perform magick would land you in the Troll Dungeon, alongside the other people who make stupid comments on pagan internet pages.

The Issues of the Day Would be Different

Those are my thoughts about what a Pagan Hogwarts would look like.  What do you think?  Can you think of any other changes to the school or classes?  I’d love your input.

Edit: I changed the last bullet to have the teachers checking up on all students, not just Slytherin. Thanks to the reader who caught that. 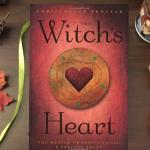 January 12, 2018
You Should Read The Witch’s Heart by Christopher Penczak
Next Post 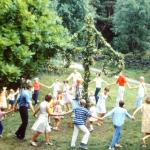 January 26, 2018 9 Reasons Why You Should Go to a Pagan Festival, Even If You're Solitary
Recent Comments
3 Comments | Leave a Comment
"I can't believe the author is intentionally being arrogant, but Mark, it's always important to ..."
Lloyd Hargrove Leading With Empowerment, Not Shame
"Thanks for sharing. I read one blog about Bayleaf on iahas.com they have also explained ..."
Jesse Bay Leaf Magic: Burn and Banish
"This year the only songs that hold any meaning for me are the songs that ..."
Amanda Ingalls All I Want For Christmas, Solstice, ..."
""Shame rarely teaches people to grow." This should be a phrase EVERYONE should understand. Especially ..."
Bo Thompson Leading With Empowerment, Not Shame
Browse Our Archives
get the latest updates from
Starlight Witch
and the Patheos
Pagan
Channel
POPULAR AT PATHEOS Pagan
1