The Lady Liberty League is a non-profit organization that promotes religious freedom and spreads awareness of Wiccan/Pagan beliefs.  They also provide legal support to those they can assist.  Selena Fox of Circle Sanctuary and others founded it 35 years ago, and today, she remains the executive director.

The Lady Liberty League was formed to confront several federal legislative attempts to remove the tax-exempt status option from Wiccan churches.  Despite unanimous approval from the U.S. Senate for at least one of these discriminatory amendments, the LLL completely overturned every single one of them.

This was no small feat in 1985, when Satanic Panic gripped the nation.  While some of those fears have died down (or have at least changed), the LLL still face similar problems today.  Equal rights continue to be denied to Pagans, Wiccans, Witches, and Occultists.  And so, the fight continues.

Another accomplishment of the Lady Liberty League is obtaining the right for a veteran to have a pentacle on their tombstone.  The LLL worked with Americans United For The Separation Of Church and State for nearly a decade to accomplish the Veteran Pentacle Quest in 2007.

Since that time, several veteran pentacle gravestones have been installed in cemeteries all across the US.   This accomplishment paved the way for other religious symbols to be placed on veteran tombstones, including the Hammer of Thor and the Awen.

The Lady Liberty League works with Libertas, the Roman goddess of freedom. Since ancient times, Libertas has been an iconic deity who embodied freedom.  Libertas was the inspiration behind the Statue of Liberty, although her appearance seems to have been combined with Hekate’s symbols, specifically her spiked crown and way-showing torch.

I’ve been going to Lady Liberty League workshops at Pagan Spirit Gathering since 1999.  It’s an annual, open workshop where Selena Fox gathers with the other LLL staff, a few lawyers, and justice-minded people like me.

In the workshop, the current state of affairs is shared as well as recent history, decisions, and accomplishments.  Stories that were permitted to be shared reveal the triumph of LLL in equal rights for Pagans who faced discrimination in different areas of their lives.

The Lady Liberty League created an extremely helpful pamphlet called, So You Think Your Religious Rights Have Been Violated–Now What?   I’ve referred countless people to it over the years.  It’s a great read–I highly recommend you take a look.

If you need assistance from the Lady Liberty League, contact them through their online Help Request Form.

I don’t want to steer the discussion toward the LLL as opposed to the ultra-important Black Lives Matter and LGTBQ+ Pride movements which are just now gaining momentum.  I only wish to celebrate the anniversary of the LLL formation.  The anniversary party was supposed to happen at PSG this year, but with the COVID-19 pandemic, that has been cancelled.  Fortunately, the celebration will happen online at Virtual PSG.

We’re all in this together, and it’s time we acted in that manner.  Freedom and equality is not really freedom or equality if it’s not for everyone.

About Astrea
Astrea is the author of Intuitive Witchcraft: How To Use Intuition To Elevate Your Craft (Llewellyn) and Air Magic (Llewellyn, out in 2021). She also leads the fire dancing group Aurora Fire and stirs up magic for the Blessed Be Box, the service that ships a "ritual in a box" for new moons and sabbats. You can read more about the author here.
Previous Post 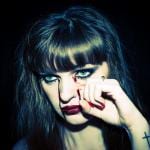 June 7, 2020
The Wizarding World Wept: Why I Stand Against JK Rowling's Tweets
Next Post 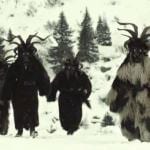 June 24, 2020 Pagan Peak: Poor Choice Of Title, Poor Research On Paganism
Recent Comments
0 | Leave a Comment
"I agree with many of the Comments here, but one more thing screams out to ..."
Falkenna The Inner Goddess Controversy: We Are ..."
"I gladly identify as an eclectic pagan. I like the word eclectic, both the implications ..."
Laurie Allen Is ‘Eclectic’ An Outsider Term? Rethinking ..."
"Sounds to me like just another way of saying "You don't belong here," which is ..."
Aisling Nua Chalian The Big Pagan Umbrella Covers Witchcraft ..."
"Given the unique, tight aspects, the planets involved and what's actually been happening on Earth; ..."
naadirasahra Could The Age Of Aquarius Start ..."
Browse Our Archives
get the latest updates from
Starlight Witch
and the Patheos
Pagan
Channel
POPULAR AT PATHEOS Pagan
1