(AoftheANews) A retired liturgist from the diocese of Spokane will be filing a lawsuit against the National Catholic Reporter later this morning, seeking damages for “mental anguish and physical pain” after having read an article that contained authentic Catholic teaching.

On February 11, Muriel Ougenstatter, 63, fainted after reading the column that contained alleged orthodoxy, and suffered a dislocated hip and mild concussion from her subsequent fall. Her injuries necessitated a eight-day stay in a local hospital, and she will have to undergo several months of rigorous physical therapy.

“It was shocking,” Muriel told AoftheA News. “What I read was just so…so unsettling. Never in a million years did I ever expect to read such bald-faced truths in the Reporter – I was overwhelmed. They should have printed a disclaimer at the top of the column.”

Her lawyer expects the judge to rule in his client’s favor. “It’s pretty black and white – which is unheard of, considering we’re talking about an article printed in the National Catholic Reporter. While I’m not at liberty to discuss the particulars of my client’s lawsuit, I can say we are suing for full payment of all medical expenses, damages for mental anguish, and a full reimbursement of her subscription.”

The editorial staff of the Reporter issued the following statement: “We reject any claim of orthodoxy being found in our publication, and believe that we will be vindicated in a court of law.”

A spokesman for the Reporter would not comment on the case, or the alleged orthodoxy, except to say that their on-staff theologian intends to review the column as soon as she gets her hands on some book called “the Catechism”.

February 23, 2015
Rob Bell: A Church That Denies Gay Marriage Will Be "Irrelevant"
Next Post 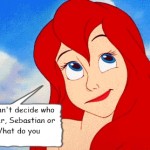