The End Is Coming Sooner Than You Think

The End Is Coming Sooner Than You Think June 3, 2015 Larry D

I’m not picking dates when Christ returns, or predicting the Big Earthquake, or anything like that. That isn’t what this is about. But I’ve read four stories in the past week that point out the inevitable:

Robots will become our overlords.

Yeah, they’re cool and all – itsy bitsy robots swimming like a school of fish, and I see the useful applications. They might look like glittery deep-sea diving Roombas today, but add a set of razor-sharp teeth, and boom! Robotic piranhas. You want those things swimming in your rivers and lakes? Just you wait…

Example #2: Robots Can Automatically Recover From Damage in Minutes

I don’t think this requires any explanation – but in case you need reminding: the Borg are self-repairing.

Example #3: MIT has created a robot cheetah that can leap hurdles

It’s bad enough Boston Dynamics invented a robot cheetah that can run up to 30 mph. MIT had to come along and add “leap over objects while running” to the programming. Now, when you’re being chased down by a pack of robotic cheetahs, you can’t even throw garbage cans and lawn chairs in their way to trip them or slow them down. They’ll just jump over them. We are so hosed.

Just the headline alone ought to make you wet your pants. “Snake Monster”??? Seriously? As if “serpent robot” wasn’t bad enough.

They’ll be in our lakes. They’ll be chasing us down the street. They’ll worm themselves into the tight spaces we’ll be hiding in (to get away from the cheetahs, of course). All the while, self-repairing. 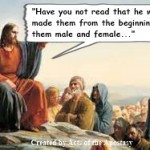 June 2, 2015
Quotes From The Progressive Catholic Bible, No. 1
Next Post 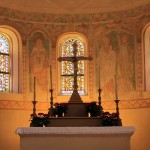 June 4, 2015 I'm Still Catholic Because I'd Be Worse Anywhere Else
Recent Comments
3 Comments | Leave a Comment
Browse Our Archives
get the latest from
Catholic
Sign up for our newsletter
POPULAR AT PATHEOS Catholic
1