It doesn’t seem that long ago that Terry Virgo preached at the church I attend, and it blessed us so much — listening to him always seems to do that to me. It was great to be able download and listen to a sermon this evening entitled Becoming a Member of the Body, preached earlier this month by Terry Virgo at Christ Church London, which meets in a central London theatre.

He preached on Ephesians 4, boldly dealing with the controversial issue of the continuation of “Ephesians Four Ministries,” but the entire message was packed full of fantastic material that challenged his hearers to play an active role in the church. It is well worth listening to in its entirety. This sermon, along with the one Terry preached for us, makes a great introduction to his teaching. You can download this new sermon from the Christ Church site, or listen to it online here using the following player:

Luke Wood has served us well by sharing the following quotes from Terry Virgo’s sermon:

“So the church is vital in God’s programme — it should be vital in every Christian’s life, [in] our experience of church life.” 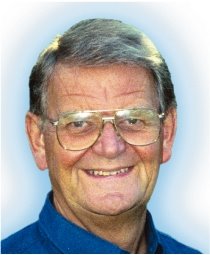 “It’s important for us, too, to realise that [al]though we’re meeting in a theatre here, and we’re very relaxed, and we don’t have clergy and laity, and we don’t have ‘priest and people,’ and we could look as if we’re really rather novel — maybe reactionary, maybe just trying to be relevant to our generation and just do[ing] it different[ly] . . . actually, those are none of the motivations that stir us. We’re happy to be here, we’re happy to be relevant to our generation, we’re certainly wanting to be contemporary to this generation, but our endeavour is to be as biblical as is at all possible. We want to really take the Scriptures [seriously] because we believe that’s God’s way of building [His] church, that’s God’s way of touching our generation and fulfilling His purpopse amongst us. So yes, we may look rather different in a place like this, but we are building, as far as we know how, seriously from a biblical base. We’re trying to get it right because there we believe God will bless.”

“Is this church properly founded? That’s an apostolic work. Paul said in 2 Corinthians 3, ‘When I came to you, as a wise master builder’ — the Greek word gives us our word architect, someone who sees the whole plan — ‘I laid a foundation.’ Now there he’s talking about one local church. He did his apostolic work making sure it was properly founded. So that was . . . the role of [the] apostles and that work will continue until Jesus comes — the necessity of churches being properly founded …”

“Jesus ascended on high: it doesn’t say He gave some priests, He gave some clergymen — it doesn’t say that, it’s not in the Bible. It says He gave some apostles to make sure churches are properly founded on their identity in Christ … establishing the community, giving them a sense of identity, purpose, and meaning … establishing bodies of Christ if you like, in town after town after town. Places where Jesus was manifest in phenomenal glory again and again and again. That’s part of our calling as a family of churches, from generation to generation. Let’s plant church after church where the presence of Christ can be known in that particular place.”

“And so we’re very much in line with that biblical arrangement, that you go and plant churches, you go and gather people together. That’s the way we fulfil the commission of the Lord Jesus to ‘Go and make disciples of all the nations.’ It’s very important, then, that you’re built into a local body and, of course, Ephesians highlights the place of the church in several ways. It talks about a temple, not of concrete or stones, but of living people that are built together as a context for the presence of God. It talks about the church as a bride in Ephesians 5 — that relationship of intimacy … and then it speaks of the church also, by implication, as an army. It says we’re soldiers, we’re to put on the armour, we’re to fight. And then in this particular chapter in Ephesians 4 it talks of us as a body together.”

Terry Virgo’s website also has a growing collection of his sermon audios available.

May 31, 2007 Penal Substitutionary Atonement Summarized in Romans 15
Recent Comments
1 Comment | Leave a Comment
Browse Our Archives
get the latest from
Adrian Warnock
Sign up for our newsletter
POPULAR AT PATHEOS Evangelical
1

Can You Be a Baptist and...
Roger E. Olson
Books by This Author Books by Adrian Warnock 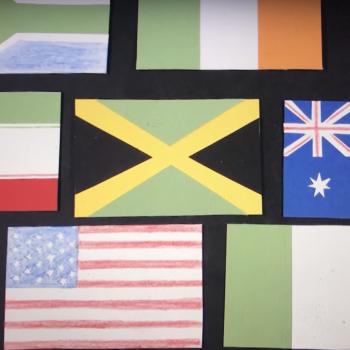 Evangelical
“Why are YOU so afraid?” – Jesus
Adrian Warnock
TRENDING AT PATHEOS Evangelical

Interview with therapist Ici Butcher - Podcast version
A very difficult childhood. Bereaved of her father at the age of...
view all Evangelical blogs
What Are Your Thoughts?leave a comment