Patheos Explore the world's faith through different perspectives on religion and spirituality! Patheos has the views of the prevalent religions and spiritualities of the world.
I want to mention today a man who both John Owen and Charles Spurgeon held in high regard. Most know of John Bunyan as a writer, but he was also one of the most famous preachers of his era. Here is what one of the Pyromaniacs said of Bunyan, his preaching, and and his book, Pilgrim’s Progress: 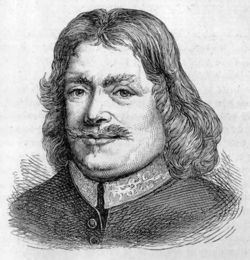 “It may be the most popular book ever written in English. It was a favorite of Charles Spurgeon’s, who read it at least once-a-year, and said before he died that he had probably read it more than a hundred times.

Spurgeon wasn’t the only important admirer of Bunyan. John Owen, probably the most prominent and respected academic leader of Bunyan’s own era, once went to hear Bunyan preach. Charles II, hearing of it, asked the learned doctor of divinity why someone as thoroughly educated as he would want to hear a mere tinker preach. Owen replied, “May it please your Majesty, if I could possess the tinker’s abilities to grip men’s hearts, I would gladly give in exchange all my learning.”

October 25, 2007 Twelve Literary Features of the Bible
Recent Comments
0 | Leave a Comment
"Good information. Thanks for providing information about work, rest and play. I have also researched ..."
WhaleMediaBoost SERMON – Work, Rest, and Play: ..."
"and of course, no mention that HEK293 was extracted while the fetus was still alive ..."
Boba Williams Are COVID-19 vaccines made from aborted ..."
"What does it mean to love our neighbor?Mankinds idea of love and God/Jesus idea of ..."
D.M.S. Jesus gospel of social justice
"When it comes to the elect in our Lord Christ Jesus.We can find the poor, ..."
D.M.S. Jesus gospel of social justice
Browse Our Archives
Related posts from Adrian Warnock 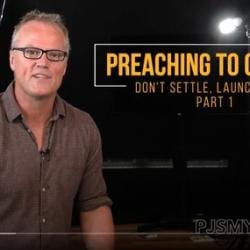