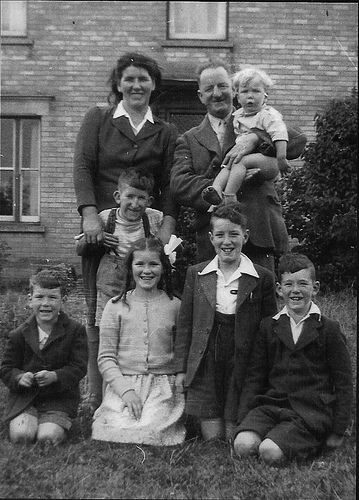 My grandfather, Edwin Warnock, was an evangelistic tent preacher. He was from Scotland, but came down to England, where he married a Londoner but lived in Suffolk. He had six children—five boys and one girl. Sadly, one boy died young. Each of the other boys married and had two boys. In my father’s and one other case, they also had a girl. My auntie also married and had two girls and one boy. Many of those thirteen Warnock cousins of mine are now married themselves and have begun their own families. The vast majority of this extended family continue to go to church and love the Lord. Many of the men have also preached, at least to some extent.

It was a real delight to meet with a significant portion of the surviving descendants of Edwin Warnock and their wives this past Monday—a national holiday in the UK. I was thrilled also to receive a precious gift from one of my uncles. As far as I know, this is the last surviving tape of my grandfather preaching. His passion is clear, even amidst the English politeness of communication that was still common in churches back in 1968. The gospel message is strong and clearly identifiable. I could have preached this message. May God prosper the cause of my grandfather’s gospel, which is now mine, and is, of course, also faithfully preached by many millions throughout the world.

You can download the message or listen to it right here:

The following photos are of Edwin and include his marriage to Muriel Driver, a river baptism, his children’s camps and the tent he used for evangelism. 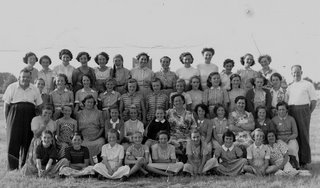 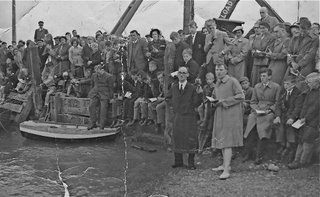 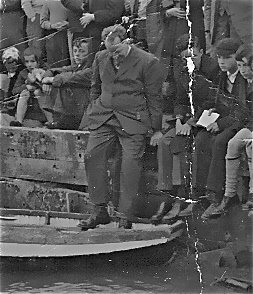 May 6, 2008
Tim Keller on the Effects of the Gospel
Next Post

Where Is God in This Pandemic?
Roger E. Olson
Books by This Author Books by Adrian Warnock