BOOK EXTRACT – Straight to the heart of Genesis

Yesterday I shared an extract from Phil Moore’s introduction to Genesis. Today we continue to hear from him on this vital book of the Bible:

“Now the earth was formless and empty, darkness was over the surface of the deep, and the Spirit of God was hovering over the waters. And God said, ‘Let there be light,’ and there was light.” (Genesis 1:2-3)

Every culture has its own creation story. The Hebrews had heard a lot of them. The Mesopotamians told them that their god Marduk killed the ocean-goddess Tiamat and created the universe from her severed remains.1 The Egyptians told them that their god Atum created the world from a mixture of his own spit, snot and semen. These stories may sound strange and far-fetched to us, but ancient Middle Easterners believed them without question. No Egyptian ever dared to challenge his culture’s great creation story – except for the one who came down from Mount Sinai. Moses, the Hebrew baby who had been plucked from the River Nile and brought up as an Egyptian in Pharaoh’s royal family, begins the book of Genesis with a very different story.

The world was not created by Atum or Marduk, but by a different kind of God whose name is Elôhîm. This was not just another name for the sun-god of Egypt or the moon-god of Mesopotamia – that’s why Moses deliberately avoids using the words sun and moon altogether in this chapter.2 He is a self-sufficient, independent God, who hints that he is three-in-one and that he is creating the universe out of love, not out of loneliness.3 He uses a plural name, which can be translated gods as well as God, but takes singular verbs to make it clear which word translators should choose. He is One God, yet creates by his Word4 and through his Spirit, and he hints at the Trinity when he says “Let us make man in our image, in our likeness.”5 The word God occurs over thirty times in this short chapter to make it clear that the creation stories of the ancient world were mistaken. The universe began with the only true and living God.

Our culture has its own creation story which is believed with the same committed dogma as the stories of the ancient world. In our classrooms and on our television-screens, Charles Darwin’s tale of evolution and natural selection is not just taught as theory but as fact. The heroes of our story are not Marduk or Amun, but Chance and Time, yet Moses insists that it all began with God. In fact, Professor Stephen Hawking, one of my former neighbours at Cambridge, argues that science actually points in the same direction: “The odds against a universe like ours emerging out of something like the Big Bang are enormous. I think there are clearly religious implications … It would be very difficult to explain why the universe would have begun in just this way except as the act of a God who intended to create beings like us” (‘A Brief History of Time’, published 1988). Good science is the friend and not the foe of good theology.

Moses does not attack science itself, deliberately avoiding using scientific terminology. He endorses the goals of science when he tells us in 15:5 that God encouraged Abraham to discover his character by examining his universe in more detail.6 What he attacks is science hijacked by secular humanism, which fixes and twists the evidence to pursue its own agenda. As the Harvard evolutionist Richard Lewontin admits: “We take the side of science in spite of the patent absurdity of some of its constructs … in spite of the tolerance of the scientific community for unsubstantiated just-so stories, because we have a prior commitment, a commitment to materialism. It is not that the methods and institutions of science somehow compel us to accept a material explanation of the phenomenal world, but, on the contrary, that we are forced by our a priori adherence to material causes to create an apparatus of investigation and a set of concepts that produce material explanations, no matter how counter-intuitive, no matter how mystifying to the uninitiated. Moreover, that materialism is an absolute, for we cannot allow a Divine Foot in the door” (The New York Review, Jan 1997). It is this blinkered fundamentalism which Moses says must die. The ‘Divine Foot’ is well and truly in the door, because the universe began with God.

There is a wide spectrum of views held by Christians today on how to interpret Moses’ words in this first chapter. My purpose is not to champion any party, but simply to make sure that you respond to Moses’ challenge as fully as you should. Our thinking can become as enslaved to our own culture as the Hebrews were to Egypt’s, so we need to take seriously what Moses wrote after eighty days with God on Mount Sinai.

He tells us that God needed no raw materials for his work of creation. God’s Word is so powerful that Moses simply repeats that “God said” and “it was so.” We even discover in verses 5 and 14 that he created time itself, and proceeded to create the whole world in just six days.7 He made the first human beings, not from animals, but from dust and the breath of his mouth, and Moses tells us this in Hebrew prose rather than poetry to encourage us to take his words literally. Jesus believed him when he taught on marriage from 1:27 and 2:24, that “at the beginning the Creator ‘made them male and female’”.8 Paul also believed him when he quoted from 1:3, 2:7 and 2:24 as literal reasons for us obey God’s Word today.9 All this should make us feel very uneasy about our own culture’s cherished creation story. It sheds light into those places which Richard Lewontin would prefer to keep hidden.

How the world came about made all the difference to the group of Hebrew refugees who huddled together at Mount Sinai. If the world had truly begun with their God, then their lives had a purpose and they needed to follow him. They believed what Moses told them because they had just seen this God take on and defeat the so-called mighty gods of Egypt, but we have even more reason than them to believe that what Moses writes here is true. If this world merely evolved through Chance and Time, then our lives are random and have no eternal purpose, but since Jesus endorsed the words of this chapter and proved that he was right through his resurrection, that changes everything.10

The New Testament reminds us of this when it tells us that “By faith we understand that the universe was formed at God’s command.”11 It accepts that every culture has its own creation story, but insists that God revealed the real one to Moses. It urges us to grasp where the universe is heading by believing this account of how the universe was started. It began with God, it is sustained by God, and ultimately it will end with God too. Our culture’s creation story must submit with all the others to the overarching fact that it all begins with God.

October 29, 2010 Tweets from 2010-10-29
Recent Comments
0 | Leave a Comment
"Thank you for your article! For my whole 60+ years I've had a hip condition, ..."
Linn Strength in Weakness
"I no more fear the nonexistence that will come upon my death then the nonexistence ..."
Mike The one question atheists can't answer: ..."
"The bottom line of all of this is that Romans 7 is expressing utter complete ..."
crossroman Disagreeing with Piper Over the Man ..."
"Yes this is good! - it (Romans 7) calls for the forced abandonment of the ..."
crossroman Disagreeing with Piper Over the Man ..."
Browse Our Archives
get the latest updates from
Adrian Warnock
and the Patheos
Evangelical
Channel
POPULAR AT PATHEOS Evangelical
1

That's Not How Any Of This...
Preventing Grace
Books by This Author Books by Adrian Warnock 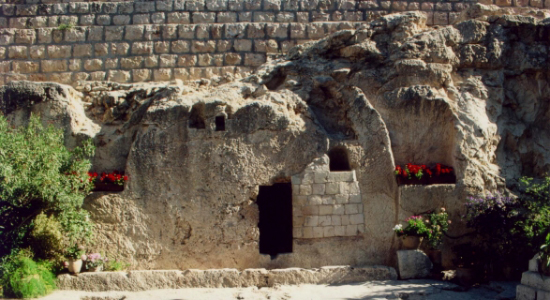 Evangelical
Risen: A Movie that Addresses the Core of...
Adrian Warnock

Evangelical
Will YOU offer the gift of Hope?
Adrian Warnock

Evangelical
Does real hope only belong to the Christians?
Adrian Warnock

Evangelical
Suicide Prevention: What the Church can do
Adrian Warnock
TRENDING AT PATHEOS Evangelical