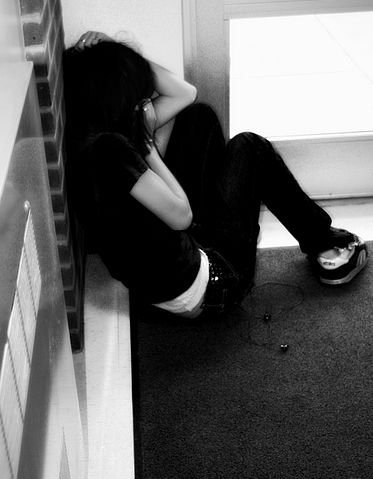 This is going to be a very personal post, full of reflections on the death just yesterday of one of my children’s grandfathers. But before I get into that, being me, I have to begin with a very important point of Bible understanding.  For I know that many Christians feel secretly guilty for the fact they are grieving.  They ask themselves, “why am I crying when I know that my loved one has gone to a better place?”

I hope to reassure all of my readers who are currently in mourning, and every single one of you who will one day face a similar situation to the one my family is in right now of a simple fact: It is entirely OK and totally expected for you to be sad at the death of someone who you have spent years of your life being close to.

After all, nobody thinks it is surprising if we cry when sending a loved one off on an airplane to a foreign land.  For the Christian, death is still a parting, even though it is not a final one.

I am not in the least bit ashamed to admit to you all that there have been several times in the last two days when I have cried for my wife’s father, for my love, for the rest of her family, and for the loss this represents to our own children. Real men DO cry.

We are allowed to mourn.  But, because of the hope that we have, which goes beyond the grave we don’t go about it in the same way as those who believe that death is the final end for us all.

As my five year old George said to us a day or so before his Grandad died “Dad, when you look at a dead body, it is empty. They aren’t there anymore. They have already flown up to heaven.”  Amazing truth, put in a wonderful way.

And to top even that, we believe that one day our spirits will be reunited with our resurrected bodies, and we, together with those who are left behind will soar up into the heavens to meet Jesus in the air on his return to this world.  Everything will be renewed.  There will be no more pain. No more partings. No more cancer. No more death.

If there was one verse in the ESV that I would tweak the translation of it would be 1 Thess 4:13. In it we are told “that you may not grieve as others do who have no hope.” It is unfortunate simply because the most natural interpretation of that phrase in English is “You are not allowed to grieve because you have hope.”

But that is not what Paul meant.

I think the NIV is closer with it’s “Brothers, we do not want you to be ignorant about those who fall asleep, or to grieve like the rest of men, who have no hope.” But even that can be misleading and open to the same mis-interpretation.

No, a better translation of this instruction would be simply “do not grieve in the same way as those who have no hope.”

The Greek word translated here translated “as” is Kathos and it really means “just as” you can see how that is the case when you see the following list of verses and realize you could add the word “just” before the word “as” or indeed substitute it for “in exactly the same way“. It basically means in the same manner.

Paul is certainly not advocating a form of heartless stoicism that rejoices even in death.  Yes, we know that God works all things for good (Romans 8:28), but that does not mean that the things themselves are always good.  We live in a fallen world where everything is not as they should be, and where death is an unwelcome invader.

Indeed Paul himself elsewhere speaks of a potentially fatal sickness of a friend and says, “Indeed he was ill, near to death. But God had mercy on him, and not only on him but on me also, lest I should have sorrow upon sorrow”(Philippians 2:27).

So we see that Paul is not telling us to somehow suppress the natural emotions, but rather that there is a different way that the Christian goes about mourning because he knows he will see his loved one again.  As the ever pastoral scholar John Stott put it,

“We observe that Paul does not forbid us to grieve altogether. Mourning is natural, even for a while emotionally necessary. It would be very unnatural, indeed inhuman, not to mourn when we lose somebody near and dear to us. To be sure, it is appropriate at Christian funerals joyfully to celebrate Christ’s decisive victory over death, but we do so only through tears of personal sorrow. If Jesus wept at the graveside of his beloved friend Lazarus, his disciples are surely at liberty to do the same. What Paul prohibits is not grief but hopeless grief, not all mourning but mourning like the rest of men, who have no hope.”

I have preached several times about The Death and Resurrection of Lazarus and each time I did, God graciously owned the talk and people have said they felt more prepared to handle these issues when they come.  In one church, a prominent member died within a week of that talk.  To paraphrase Stott, if Jesus wept so can you!

So that is where we as a family are right now.  We are sad. But we are not in despair. We are as he would often say to his children as they left a visit, “missing you already!”

This was a man with Jewish, Welsh, and English blood flowing through his veins, and Africa in his heart. As a young man he lost his own father, and that seems to have set his heart on being a help to others.

He first traveled to Africa because of his love for adventure and, it seems, his passion for Steam Engines that would never leave him.  Thanks to his vision, Elsa, an African 2 foot gauge engine still rests in a shed somewhere back in the England in which she was made. If she could think she would be longing for him to fire the boiler up one more time.  Number plates, photographs, and other paraphernalia, not to mention his published books on the subject, all no doubt reminded him of his time working on the railways of former Rhodesia.

It was because of a near miss on the railways of Africa, a brush with death, that he became a believer. There was a dramatic angelic nature to that encounter, and visions of protective angels was something he experienced during his final illness.  He occasionally spoke of angelic protection during his painful experiences while serving as a soldier in Zimbabwean wars.

His family have known challenging times indeed when living in Africa.  They enjoyed their life there, and only my recent trips to South Africa have really given me even a glimpse of what that part of their life was like.

During the many-year stay in Africa, he returned to England twice and trained as a minister and teacher.  And for the rest of his life he would combine those two careers.  First in Africa, where at one point what could almost be described as a mini-revival occurred.  Always willing to reach out to those others reject it is no surprise that he has spent the last decade or more of his life working both as a prison educator, and as the minister of Broad Oak Chapel.  His pastoral care was legendary and particularly in his relationship with the prisoners he would go way beyond the call of duty.  A small group of Christian Gypsies also found a warm welcome.

When I first met him, to be honest I am not sure what this quiet, humble man thought of me. I was a brash, enthusiastic young buck, in a wacky church,

But over the years, he came to accept me. It has been a privilege in some small way to step into the shoes he would normally fill at times, like picking up his daughter from the airport when she came to visit him while he was so ill.  In typical fashion he would express concern for me that I shouldn’t drive anyone around just after I returned from a foreign trip.

It is a mark of a true Christian that even in his dying illness he was more concerned for others than himself.  When, during a particularly difficult phase of his illness, and at one of the many points till now we thought we might be about to loose him, he opened his eyes and said “You are a good man, Adrian” you have no idea what it meant to me.

I am grateful to God for this man.  A man who cared for many.  A man who never sought  position or influence beyond what God had called him to. A man willing to serve in relative obscurity, but being of immense value to those around him.  A man who loved Jesus.  A man who lived well, and a man who died well.

Father to three. Grandfather to my children. Pastor to many. Friend to all.  Today I grieve for him. Someday, perhaps sooner than I think, I will meet him again.  He left us too soon, but surely it always feels like that.  Today he is with the angels he spoke of seeing, and more importantly, the Jesus who saved him all those years ago.

So as I said at the beginning, we grieve, but not in the same way as those who have no hope.

Should a Christian go to counseling with a secular therapist?

The four pillars of mental health and wellbeing

May 13, 2012
Introducing George the Big Little Drummer
Next Post 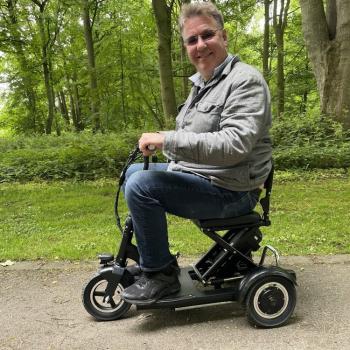 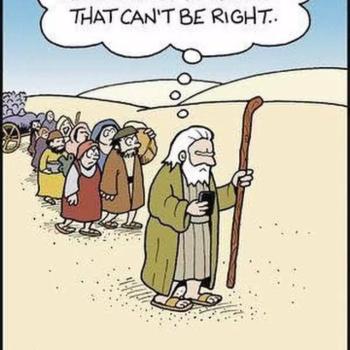