Being honest about glitches in the Bible’s text

Being honest about glitches in the Bible’s text September 17, 2013 Adrian Warnock 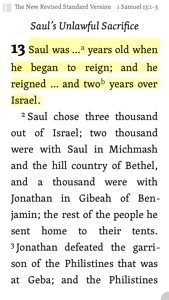 Evangelicals today sometimes overreach in our eagerness to defend the Bible. Please be clear I do uphold the authority, inspiration, and inerrancy of the Bible. But to believe that is not to believe that the text handed down over the centuries is 100% exactly the text originally given. The text is remarkably well preserved. The differences and apparent corruptions are very few and far between, but they do exist. We should not try to deny them or cover them up.

We notice the rare examples most often when certain verses are omitted from modern versions because they seem to have been additions made in some cases perhaps due to the incorporation of what was intended as an explanatory note into the text itself.

The remarkable thing about this is in not one case is any teaching of the Bible affected. It is also remarkable how vanishingly rare this is. But we should be a people of integrity and acknowledge the few and far between problems there are with the text.

An example of this struck me today when reading 1 Samuel 13:1 which differs widely in various translations due to varied attempts to make sense of a troubling text. This in the Hebrew aparently at first glance seems to say Saul was just one years old when he became king and reigned for only two years. Most experts assume the text somehow got corrupted here, perhaps an early smudge meant that copyists left a blank for what they could not read. It’s clearly an old problems as the Ancient Greek translation of the OT (the Septuagint) left the line out altogether.

Once again, the existence of such a minor glitch in this verse should in no way unsettle our view of the Bible. I am pleased that as Christians we can be honest and open about such things without it affecting our faith. Surely, it is an example of integrity. We do well to learn from this how vital honourable speech is in all aspects of life.

Here is how one Bible Translation footnotes this point:

NET translation notes: “The MT does not have “thirty.” A number appears to have dropped out of the Hebrew text here, since as it stands the MT (literally, “a son of a year”) must mean that Saul was only one year old when he began to reign! The KJV, attempting to resolve this, reads “Saul reigned one year,” but that is not the normal meaning of the Hebrew text represented by the MT. Although most LXX mss lack the entire verse, some Greek mss have “thirty years” here (while others have “one year” like the MT). The Syriac Peshitta has Saul’s age as twenty-one. But this seems impossible to harmonize with the implied age of Saul’s son Jonathan in the following verse. Taking into account the fact that in v. 2 Jonathan was old enough to be a military leader, some scholars prefer to supply in v. 1 the number forty (cf. ASV, NASB). The present translation (“thirty”) is a possible but admittedly uncertain proposal based on a few Greek mss and followed by a number of English versions (e.g., NIV, NCV, NLT). Other English versions simply supply ellipsis marks for the missing number (e.g., NAB, NRSV).”

September 16, 2013
Leaders: it's not so much about how you start, but how you finish
Next Post 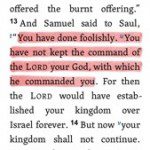 September 18, 2013 The leaders biggest mistake: not knowing who you are
Recent Comments
88 Comments | Leave a Comment
Browse Our Archives
get the latest from
Adrian Warnock
Sign up for our newsletter
POPULAR AT PATHEOS Evangelical
1