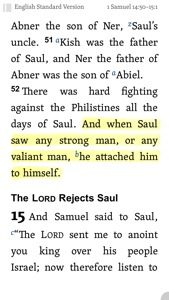 In 1 Samuel 14 we see the further evidence of the decline of Saul’s leadership. We sometimes talk of losing your leadership capital. Well Saul seemed to mortgage the lot in this chapter. What did he do wrong? 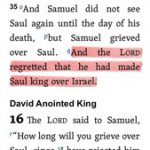 September 23, 2013 Eight Marks of a leader in terminal decline
Recent Comments
79 Comments | Leave a Comment
"I am rather late to the party, but I have only just come across this ..."
Peta Christians must stop lying about COVID19
"I am also a survivor of cancer (5 times and counting). I noticed the "Teach ..."
Statistics Palin Two years on from chemotherapy
"Science always beats Religion. You wouldn't be alive without TechnologyHad the Ancient Sumerians gotten access ..."
Christian Two years on from chemotherapy
"Wrong Oxymoron. Jesus' issue with the Pharisees was how they subverted the Word of God ..."
Ed Dingess Rachel Held Evans is with Jesus
Browse Our Archives
get the latest from
Adrian Warnock
Sign up for our newsletter
POPULAR AT PATHEOS Evangelical
1

Two Types of Integralism
I’ve written a lot about integralism on this site over the last...
view all Evangelical blogs
What Are Your Thoughts?leave a comment
Copyright 2008-2020, Patheos. All rights reserved.