See you in Texas? Come and join the global marketplace for Faith

The vision of Patheos.com who are kind enough to host this blog is to “host the conversation on faith.” I outlined in my first ever post on the site why I was thrilled to join in. We really do live in a global village, and so it is vital that we learn how to really listen to each other, and show true respect.  Sometimes that mutual respect and understanding is absent in conversations even with those in our own faith (resisting the temptation to give an example…but regular readers will know what I am talking about!)

Engaging with others who think differently and holding a genuine conversation with them is much harder than constructing a straw man and then promptly burning it. It is also much more rewarding and interesting than the way the secular mafia and liberal Christians want us to do it.  In a world of misunderstanding and fear, we must learn new ways of just being society together.

So you can imagine how excited I am to be heading to Texas as the official blogger to the Global Faith Forum, a unique event in Texas from 13-17 November.  It is  hosted by my good friend Bob Roberts. You can watch his talk at 300 Leaders to learn more about him and his motivations.

Bob is not a lilly-livered liberal seeking to compromise his faith. He regularly lays his life on the line representing Jesus from Vietnam to Afghanistan. And as a result a plethora of diplomats, presidents, religious leaders, and even intelligence experts view him as a valued friend and advisor.  Some of these friends will be speaking to an audience made up of different faith groups.  You can still book in, and  I would love to meet you there!

The Global Faith Forum is an opportunity for you to be exposed to the thinking of other religions and learn how we can all help forge a global society of true understanding.  As a Christian you should not be embarrassed to share your faith with others, but how much better to learn how to hold a conversation where you both explain what you believe to the other.  We need to learn to really listen and explain well, or else we end up with the kind of misunderstanding we see when a Muslim concludes we believe God had sex with Mary.  It is too easy to blame the one listening for such a miscommunication, but it really takes both parties to a conversation to work hard to make sure we are understanding each other. What similarly crass misunderstandings have you and I formed ourselves because we haven’t made a real connection?

Do you have friends of other faiths? Do you worry about how to be a friend to them? Do you want to make a positive impact on communities near where you live that seem isolated and despised? Are you afraid of certain groups of religious people? Are you willing to have your stereotypes challenged?

The hidden reality of inter-faith relationships is that Muslims, Buddhists, Jews, etc are not offended by us actually believing in our religion.  They too want to be able to express their faith as fully functioning members of society, so why should they not want us to do the same? At the Forum, there will be no aggressive secular atheists (friendly or otherwise!) trying to force us to hide the symbols of our faith, and not speak of it.

Inter-faith used to be about seeking the lowest common denominator we could all agree on.  Multi-faith is about people coming together, acknowledging we have real differences will not be easily reconciled short of God revealing himself . But, despite our differences we can still be friends, and work together for the common good.

We can even form common cause with those of different faiths and promote real religious freedom here in the West where it is gradually being eroded, and in many countries in the East where it is still a distant dream.

See you in Texas? BOOK HERE 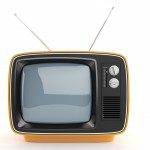 October 29, 2013
How a generation of Evangelicals failed to colonise TV
Next Post

Evangelical
Jesus is King so Serve Him
Adrian Warnock