Learn from my mentor Henry Tyler, a wise pastor now in glory 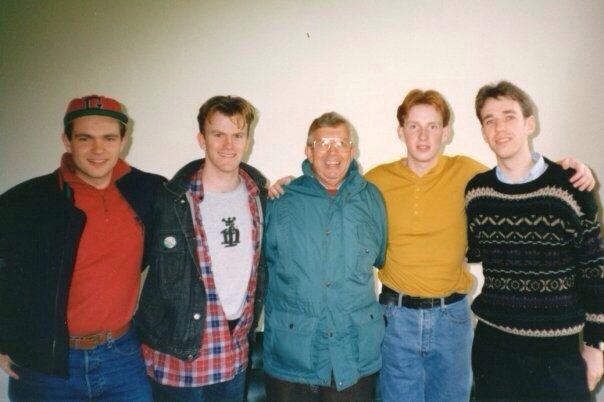 I have been looking forward to this moment for a very long time. I have a real treat for you over the next week or so. I invite you to join me in being trained by a wise older brother, who has now long been in glory.  The next few posts are really an audio discipleship course. These messages have been lost for decades, but after repeated appeals on this blog, someone has discovered a dusty set of tapes and sent them to me to digitise.

Henry Tyler was a mentor to me many years ago. You can give him  much credit for inspiring me and encouraging me in so many ways in those early days. He somehow believed in me, saw something in me, and invested in me. Henry is well known, much loved, and sorely missed even today by many who were in the Newfrontiers family of churches from  the early days. Henry co-founded Church of Christ the King in Brighton with Terry Virgo, and was one of the first members of the leadership team of what became Newfrontiers.  As a measure of how significant he was in my life, I named my first son after him.

I believe that these messages were intended by God to be re-discovered at this very moment, and that for some listening they will be as life transforming as they were for those of us who were there when they were first preached live.  These talks gripped me in 1987 as a 16 year old boy who had snuck out of the Youth Work and into an adult seminar.  I still remember their affect, and listening to them years later there are many turns of phrase that I realise I have used countless times in the decades that followed.  Some would call it plagiarism, I call it allowing yourself to be so shaped by God’s Word that it permeates you and oozes out of every pore and you don’t even remember where you first heard it.  Nothing in these messages is in one sense unique anyway as it all comes form the Bible.  But these are messages that can change your life.  They did mine.

Now if only someone else out there reading this can find some more Henry Tyler tapes for me that we can make live again.

The whole series is called “Moving on with God” and this first message is “Running the Marathon.”  He began in Hebrews, and here are some of his opening remarks.

The Christian life is not a static affair, it is described in the Bible was a walk, a fight,  a war, and as a race. It is not an easy race. In many ways  it is an obstacle race. It demands dedication, grit and determination. . . but what we are going to do we do with God. If the demands of the race are tremendous, so are the resources of God!  Jesus said “take my yoke upon you”  A yoke is heavy, hard and restrictive.  He went on to say “my yoke is easy and my burden is light!”  This is a contradiction in terms.  With God, everything is transformed. . . don’t any of you faint before we get going in running the marathon.”

To be honest, the messages could have been preached today. The timeless Word of God is applied with great pastoral wisdom, winsomeness, and engaging humour.  You can listen here: