Is the concept of privacy and discretion dead even among Christians?

This week there has been another stirring in the Christian blogosphere. A sometimes controversial church leader wrote a letter which he wanted to remain private to his congregation. One of his critics obtained a copy of that letter and leaked it onto the Internet.  I was aware of this, and like some other bloggers and official journalists, I requested the church to confirm whether the letter was genuine, and asked for their permission to share the correspondence on my blog.

They also stated they did not want the letter to be circulated online.  I must admit that I did tell them I thought that was a mistake, but I chose to respect their decision anyway.

What happened next surprised me.

Several major Christian news outfits covered the letter. And so did many respected Christian bloggers.

By now you probably know exactly what I am talking about, but I ask you not to reveal that in the comments section below. Lets keep to the specific questions that I pose in this article.

The letter did not contain any scandalous revelations that have a true “public interest.” It was a pastoral letter. I confess that I did read it. But, without the consent of the author, I did not feel I should share it.

Am I old fashioned on this point?

Is the concept of privacy and discretion  now dead even among Christians?

How would you feel if someone posted one of your own private emails to the internet and then everyone else started sharing it?

Jesus tells us  “So whatever you wish that others would do to you, do also to them, for this is the Law and the Prophets.” (Matthew 7:12).

What does “gossip” mean in a modern context?

What are the boundaries of what it is acceptable for someone to blog about concerning a public figure?

Obviously there is a place for calling out serious sin, or for correcting false teaching. But posting this private letter did not do either of those things.

How reasonable is it for a pastor of a large church to expect the members of that church not to share personal correspondence online?

Should we, who are not members of that church,  expect the church to communicate major decisions with the rest of us?

Is it wiser for the pastor of a large church to simply release any correspondence intended for members to the public simultaneously?

One thing is for sure, every one of us needs to be very aware that whatever we write in an email, or any other document, can today with a click of a button be shared online.  It may not be morally right.  But it is a reality.

I urge you to consider carefully how you phrase everything you write.  Imagine that what you say is being cc’d to your harshest critic, to a hostile blogger, and to a lawyer who is trying to construct a case against you.

And don’t think that simply having a conversation is safe. It is the simplest thing in the world to record a conversation then post it online. In many countries it is illegal to do so without the other persons consent. But, in the time it takes to involve law enforcement, the damage could be done.

When Jesus said, “Therefore whatever you have said in the dark shall be heard in the light, and what you have whispered in private rooms shall be proclaimed on the housetops” (Luke 12:3), he was referring not to an age of modern technology and the time of wikileaks.

He was talking about the time of judgement.  His judgement.

There are very few times when it is appropriate to share in public something that happened in private.

Rather than creating a lynch mob online for every single perceived fault, there are many things that we should leave to that Day to be revealed.

This is not an excuse for covering up major sin.

This is not a denial of the importance of real accountability for church leaders within the context of their local church, and whatever denomination or network of churches they are part of.

This is not a repudiation of Matthew 18, which is meant to occur within the context of a local church. The point here is that when a believer has sinned repeatedly, and has refused correction privately, then with one or two others, that the church should be informed, and discipline should result. We have no business parading other people’s sins outside this context, and to do so is indeed gossip.

I do feel that it is increasingly vital for churches to have some kind of affiliation with other churches, and for pastors to genuinely be held to account.  Perhaps the failures of many of these organisations to provide a proper process for grievances to be dealt with has contributed to the current idea that the Internet community should decide in a form of mob rule.

But who made you and I judge, jury, and executioner over the entire World? 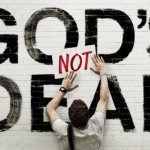 March 13, 2014
Kevin Sorbo interviewed about his new movie, God's Not Dead
Next Post