How to Become a Christian

The heart of my new book Hope Reborn – How to Become a Christian and Live for Jesus is the following chapter which answers the critical question,

How do I become a Christian?

The Bible explains the story of humanity and the way God saves us in three stages. This is summarized in Ephesians 2:1-9 which is explained in three diagrams below: 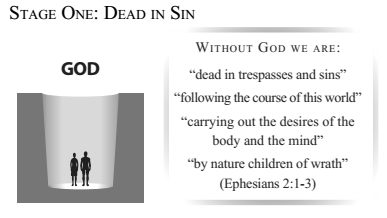 We are all trapped in a pit called sin, which separates us from God. Nothing we can do ourselves will ever save us. All our efforts to please God are hopeless. 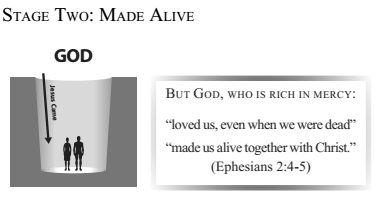 While we are still dead in our sin, Jesus came into our pit to rescue us. Through His death and resurrection Jesus provided us with the only way out. Many rejected Him, but, “to all who did receive him, who believed in his name, he gave the right to become children of God” (John 1:12). 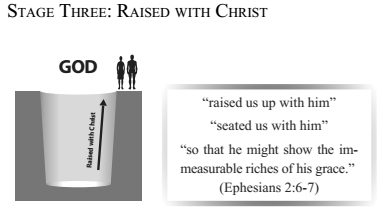 When someone becomes a Christian, they are made alive with Jesus, who lifts them out of the pit, and he or she is now in a relationship with God. The above process needs to become real and personal in an individual’s life.

An example of where a group of people became Christians is found in Acts 2, on the day the Church began. Early that morning, 120 people made quite a scene as they burst out of a prayer meeting on to the streets of ancient Jerusalem. They were the followers of Jesus who had remained loyal to Him despite His death. “Drunkards!” someone yelled at them, because they seemed full of joy, almost intoxicated.

The Apostle Peter, often the spokesman, answered in their defence that it was surely too early for bars to be open, and gave the true reason for their happiness. He described what a terrible wrong had been committed when Jesus Christ, the Son of God, was tortured and publicly executed. The Savior that the world had been waiting thousands of years for had been rejected in the worst possible way.

It was our sin that drove Jesus to the cross. If we had lived in Jesus’ time, we might like to think we would have been part of the crowd that welcomed Him into Jerusalem, singing, “Hosanna to the son of David!” But just days later, the very same crowd shouted, “Crucify him! Crucify him!”

The Apostle Peter’s conclusion was remarkable: Jesus had been raised from the dead! He was now seated at God’s side in heaven, ruling the universe. Peter’s hearers were familiar with how kings in those days would avenge themselves brutally. Full of the sudden realization that they had sinned against God Himself, they asked, “What shall we do?”

Peter’s reply is compelling in its simplicity, and demonstrates that God is not the kind of person who delights in taking revenge. Strikingly, he explains that God offers mercy and forgiveness, even to the people who had demanded the Romans execute Jesus:

Repent and be baptized every one of you in the name of Jesus Christ for the forgiveness of your sins, and you will receive the gift of the Holy Spirit … there were added that day about three thousand souls. (Acts 2:38-41)

In this passage we find four steps that should mark the beginning of the Christian life:

STEPS TO BEGIN YOUR CHRISTIAN LIFE

STEP ONE: REPENT AND BELIEVE

Make a choice to think differently about Jesus and live for Him.

This step is broken down into three parts in the following verse:

If you confess with your mouth that Jesus is Lord and believe in your heart that God raised him from the dead, you will be saved. (Romans 10:9)

a. “Confess with your mouth” Tell someone you want to become a Christian.

b. “Jesus is Lord” Choose to worship Jesus as God and follow Him as your Lord. Admit that you have sinned against Him. Ask Him to forgive you.

c. “Believe in your heart that God raised Jesus from the dead” Thank Jesus for dying for you and rising from the dead for you.

Make a public declaration of your new faith in Jesus. This is explained further here

STEP THREE: RECEIVE THE GIFT OF THE HOLY SPIRIT

Be empowered to live your new life as a Christian. This is explained further in this section of chapter 4.

STEP FOUR: BE ADDED TO A CHURCH Become part of Jesus’ family.

Christians, COVID-19, and the Dangerous Idol...
The Chorus In The Chaos
Books by This Author Books by Adrian Warnock 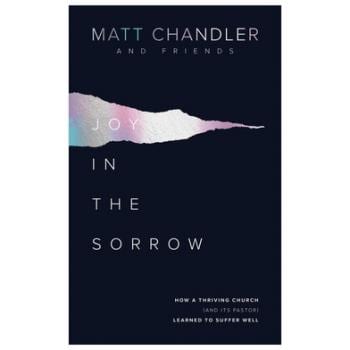