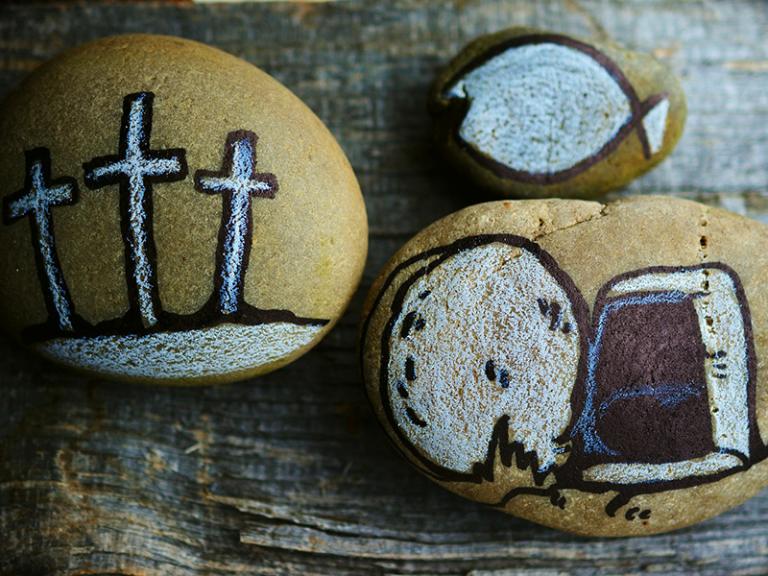 I am a big sinner saved by even bigger grace. Declared righteous once for all but please be patient with me as I am a work in progress, and there wss a lot that needed fixing up!

One day me and my Master will be done at this building project in which we are following His plans togeher.

In the meantime expect disappointments from me as for now I am only human. One day I will be holy as He is Holy. For now I’m learning to follow him as best I can, or rather as best I can with him helping me.

Sometimes suffering comes my way and at times it seems I need a lot of that to learn certain lessons. Maybe I’m just more dense than some others. But I’m on my way. And this Easter I’m freshly inspired by thinking about Christ.

He’s the ultimate biblical demonstration of meekness. Strength controlled and gentle love. The ultimate strong man who made the universe submits himself to the ultimate self sacrifice and the punishment of evil unjust people for the sake of his kids as it was the only way to rescue them.

“But how is it to your credit if you receive a beating for doing wrong and endure it? But if you suffer for doing good and you endure it, this is commendable before God. To this you were called, because Christ suffered for you, leaving you an example, that you should follow in his steps. ‘He committed no sin, and no deceit was found in his mouth.’ When they hurled their insults at him, he did not retaliate; when he suffered, he made no threats. Instead, he entrusted himself to him who judges justly.”
‭‭1 Peter‬ ‭2:20-23‬ ‭NIVUK‬‬

February 12, 2021
When the Doctor Becomes the Patient - A Blood Cancer Journey
Next Post

April 20, 2021 GUILTY- Even US police can no longer crush someone’s neck and get away with it. Black lives do matter.
Recent Comments
0 | Leave a Comment
Browse Our Archives
Related posts from Adrian Warnock