Seekers and Guides: Covening for Beginners 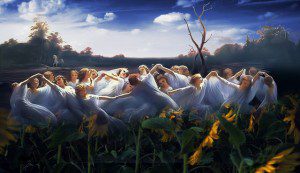 According to the Pagan Census, most of us start out as solitary practitioners.  Deciding to join a coven is not for everyone, but for some of us, it’s a great way to learn things we could not otherwise learn on our own.  Fear is usually what prevents us from getting involved in a group.  What if we can’t find one?  What if we don’t like the group we find?  What if we do, but they think all the stuff we’ve been doing is stupid or wrong?  What if the High Priestess is full of herself?  What if they demand things of us that we don’t want to give?

Here are a few tips.

The obvious place is your local metaphysical store.  Many covens post notices, or maybe the store owner knows someone.  But some metaphysical stores are very anti-Pagan, so this isn’t always possible.  If you live in a rural area, you may have to travel to a city.  Another good resource is the Witchvox website, which was created to be just this sort of resource.  A third option is to search online for a Pagan festival near you, pay the registration fee and show up.  Chances are good you’ll meet someone local.  You might even know that person already.

Once you’ve found a group or connected with others who are willing to form one, you have to be sure you’re going to work well together.  First of all, what tradition of Witchcraft do you want to study?  It’s not going to be a good match for you if the local group are Dianics and you want to become an initiated Alexandrian.  On the other hand, elders in the community will tell you that back in the day, there were so few options that everyone in the community pretty much did everything, and they were so grateful to simply have a coven in the area that they made it work.

Another thing to keep in mind is how public a given group is and how public you want to be.  It’s obvious that if they run the local Pagan Pride gathering and you’re in the broom closet, it’s not going to work out, but the same holds true the other way too.  Above all, go with your gut.  Chances are good that if people rub you the wrong way when you first meet them, they will continue to do so.  You don’t have to have any logical reason for your misgivings, and you don’t have to explain yourself to anyone.

When you find a group that works, try to clarify what is expected of you, and what you expect, before you start working together.  Remember that this isn’t high school and your teacher doesn’t owe you anything.  Think about how you would like to be treated and treat your covenmates and leaders the same way.  Contribute to the candle fund every once in a while even if not asked to do so, be polite, and clean up after yourself after the potluck.  Clarify beforehand what you should wear.  Think of how to be a good guest at a dinner party and you’ve probably got the idea.

Don’t compare everything that goes on in the coven with the books you’ve read.  There are many different ways to practice the Craft, just as there are many different ways to be Christian.  Likewise, don’t be afraid to share what you’ve done either, especially if it helps you to communicate or understand a lesson.  Your way is just as valid as any other.

Some specifically Pagan points of etiquette to note:  first of all, don’t go touching someone else’s ritual tools without their permission.  That’s kind of like a magickal “cheap grope!”  Secondly, in most traditions the circle goes clockwise (deosil) to raise power and counterclockwise (widdershins) to banish; and once the circle is cast you shouldn’t cross the barrier.  If you must, get one of the ritual leaders to cut a doorway for you.  Don’t try to take over someone else’s job unless asked to do so (so don’t direct the energy in the Cone of Power without it being requested; don’t start leading the chant unless others have agreed to allow you to do so, etc.)  Give your Priestess (or Priest) a chance to recover after Drawing Down before chattering at her; these take very different parts of the brain and switching gears is difficult and takes a moment.  Also, assume a ritual is a formal occasion until told otherwise.  Don’t smoke or eat in circle, don’t interrupt, and be respectful of yourself and others.

Contributing to the Well-Being of the Group

Sometimes you’re going to be asked to do things in your training that you’re not going to like.  Give it a try anyway.  Arguing or whining helps no one, and simply refusing to do it hurts no one but you.  If you find that you strongly object, take your teacher aside privately and discuss it reasonably.  Most Craft instructors will listen respectfully.  But remember that whether or not they choose to do things your way is still up to them.

However, if you have an ethical conflict, that’s another matter.  Not liking a particular exercise is a very different story from participating in a hex when you believe it is inappropriate to hex anyone, for example.  Express your opinion gently but firmly, and if you cannot come to an agreement, leave and find another group.

Personal issues often come up when doing coven work, but rituals are not therapy sessions.  Do not drag the rest of the coven into your personal dramas.  If you must seek guidance, arrange to speak to the coven leaders (or facilitators) outside of the coven setting.  Don’t hold it in until you explode either; that just builds resentment.  Express yourself gently but firmly.

Last, don’t make everything about you.  Try to contribute and help others as well as yourself, just as you would in any other group.

Next column: A Coven Leader’s Primer.

March 14, 2013
Loop of Brighid: The Brig - Divine Energy of Creation
Next Post 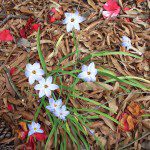 March 19, 2013 The Busy Witch: Balance Within and Without?
Recent Comments
5 Comments | Leave a Comment
"Just wanted to say thanks for the review of this, after reading it I went ..."
Crystalline Entity The Corner Crone: Sacred Gender (Review)
"What is bothersome about the world is the trust in medicine and providers. Skeptical beliefs ..."
Chas Dalton Hadrian’s Garden: Apollo & the Plague
"And there was a shooting at an LGBTQ club. We have a long way to ..."
Amanda Ingalls Between Two Worlds: Transgender Day of ..."
"My sister loves candles but used to look firmly down her nose at Witchcraft. I ..."
Amanda Ingalls Pergamum Unfurled: Review – The Book ..."
Browse Our Archives
Related posts from Agora