The Zen Pagan: ﻿﻿My Best Superbowl Sunday Ever

The every-other-week nature of The Zen Pagan sometimes makes for delays between an event that inspires a column and the column itself. The Big Game will be a fading memory by the time you read this, but I started writing this installment of TZP on Superbowl Sunday — one of those strange holidays of American secular religion. And while it’s not very meaningful to me (which is why I’m sitting in an anarchist coffeehouse/bookstore writing this instead of glued to a TV), I am reminded of another Superbowl Sunday, twenty-three years ago, a day which for me involved no football but did involve an LSD-catalyzed mystical experience.

I’m ending a longstanding policy of silence regarding my drug use by writing about this, but I’m pretty sure the statute of limitations has passed and that I’m safe if it becomes known that I used an “illegal” (skipping over the questionable validity of various drug laws) psychedelic drug over two decades ago. As for more recent use…I shall maintain my silence.

As cracks start to open in the ban on psychedelic research, and with the use of psychedelics remaining a popular clandestine activity at festivals (including both Pagan festivals and Burns), it seems to me a good idea to spend a little time considering the idea that psychedelics can be a useful catalyst (not a sole cause) for producing a genuine and worthwhile mystical experience.

I don’t want to be cavalier here — drug use has risks. This should be obvious regarding hard drugs but let me state it explicitly: heroin is a bad lifestyle choice, crack is whack, and meth is a fast-track to looking like a zombie extra for The Walking Dead. And when you buy something on the black market you’re taking a risk. This was starkly illustrated to me a few years ago when I found myself kneeling in a puddle of oily water and urine, rendering first aid to a young man having a seizure from some impure club drug.

But even pharmacologically safe substances can pose dangers to our personal development if we misunderstand their nature.

I would like to suggest a metaphor: psychedelic drugs are power tools for changing consciousness. They are like chainsaws. They can cut you up, and so by no means should children play with them. Adults should learn the appropriate safety rules, and should consider whether a less powerful and dangerous tool would be better.

But sometimes, a chainsaw is just the thing to get the job done.

Those cautionary notes in place…that Sunday two decades and more ago, head full of Albert Hofmann’s problem child, was a defining moment in my life. It was not my first psychedelic experience; that had come at a Grateful Dead show (yes, really, sometimes life is that cliche) the year before. And that had been pretty significant — when I got home found my mind overflowing with ideas, and grabbed a notebook to start writing. It was a connection with the act of writing that I’d never experienced before. Looking back, I found a note in the margin of that notebook: “Be able to say, ‘Well, it was an acid trip at a Dead show that got me writing again!'” Which is true, maybe. I’m not sure if my book, this blog, or my pages and pages of poetry would all ever have happened if I had Just Said No.

But fast-forward almost a year to that Superbowl Sunday 1992. That day I spent in the company of my friends M. and N., and in addition to those magical pieces of paper we indulged in a bit of old-fashioned cannabis, making many jokes about a “Super Bowl“, yuk yuk. I got restless at some point and went for a walk through the neighborhood, getting a kick out of throwing snowballs at a “Drug Free School Zone” sign (both left- and right-handed, experiencing a dialog between my cerebral hemispheres in the process). When I returned home M. had the idea to walk over to the nearby shopping mall — he needed a new pair of shoes, if I recall correctly, and somehow it became a mission, a grand quest, to go in search of a pair.

I don’t think we found the shoes. And along the way we encountered something that would have been odd enough in the DC suburbs even without the drugs: two men out falconing. A large bird of prey suddenly alighted on a tree in front of me, and we looked over the crest of the hill to see two men with big leather gloves, one with another falcon (or hawk, maybe, I’m not an ornithologist) perched on his hand, apparently out after the rabbits who lived in the scrub brush on the hillside. A reminder that life is both as beautiful as the hawk’s flight and as terrible as the screaming death of the rabbit caught and rended.

All these years later (plus, you know, the drugs) I’m not sure if it was before or after the falcons, or before or after the sporting goods store. And I don’t recall who it was who dove onto the snow first. But one of us had the urge to make a snow angel, and the other two joined in. And so the three of us ended up on our back in a vacant field, looking up at a sky which the grey heavy snow-clouds had left, partly blue and partly puffy white.

And that’s when he appeared to me.

And so it was that I saw in the heavens a dragon (Chinese style), made of clouds and walking among the clouds, striding toward me, looking right at me with complete benevolence and acceptance. He looked down on me and breathed, the breath of life, a rainbow hexagonal lifeline that reconnected me to the sky.

There were no words but I knew, the way one knows things in dreams, that this was a “he”, the Sky Father if you will; and if I were to verbalize his message to me it would be something like “You belong here. I accept and love you fully.” That was the insight, the opening, the crack in the wall, the current that started flowing, the circuit that was activated.

And it was something I desperately needed to hear/feel, as a young man who was the grown-up version of a bullied child.

Here’s how much my life changed as a result of that blessing: at the time I was a grad student in Computer Science, and was the stereotypical geek. I embodied an old joke: “How can you tell the extroverted computer scientist? He looks at *your* shoes when he’s talking to you.” I had essentially not dated since my freshman year of undergrad, and except for one drunken fumbling attempt on a hotel room floor (please don’t ask) was a virgin.

But a few weeks after this experience I was emboldened enough by my sense of actually belonging in the universe to dance with a lady at a club, which led to a date, which led to my first real relationship, with regular sex and sleepovers and all. Yes, it only lasted for a few months, but it was the definite passing of a threshold.

It is important to point out that I had been doing a lot of self-cultivation before this. A psychedelic can only act as a catalyst, speeding up a reaction that would have happened anyway given enough time and energy. If you are utterly lost and directionless and take a psychedelic, you will be utterly lost and directionless in a faster and more energetic manner. You have to build the circuit, carve the channel, before you add the energy.

My vision might have lasted ten seconds, or maybe it was five minutes…I don’t know. Again it is cliche to say that this happened outside of time, but it is true. I heard M. or N. say something and knew I had to return to time, sat up and looked around at the snow and my friends, and it was all the same as it had been a few minutes before.

Except I now had a secret lodged deep in my heart, about my relationship with the cosmos.

So, psychedelic drugs? There are hazards, but all in all, I believe their careful use can be beneficial.

I’ll be presenting at PantheaCon, February 13-16 at the San Jose Doubletree Hotel — if you’re there, look for the purple top hat (I think it’ll fit in the suitcase) and say hello. You could buy my book! And have me sign it! This is my first West Coast pagan event, and my first hotel-style instead of camp-style gathering. I’m hoping I can remember not to go wandering about skyclad. 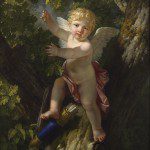 February 12, 2015
A Pagan Short History of Valentine's Day
Next Post 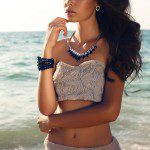 February 14, 2015 Making Light: Aphrodite
Recent Comments
0 | Leave a Comment
"Thanks, Lorelei! Love following you on Instagram!"
Martha Kirby Capo The Corner Crone: The Parable of ..."
"What a wondrous way he has chosen to speak to you. Thank you for your ..."
Lorelei Greenwood-Jones The Corner Crone: The Parable of ..."
"We are thousands hellenes, nothing to do with the fake byzantium (east roman empire) which ..."
SPARTAN Hearth of Hellenism: Why Greeks are ..."
"You have no idea what you are talking about !!! We are thousands !!!! of ..."
SPARTAN Hearth of Hellenism: Why Greeks are ..."
Browse Our Archives
get the latest from
Agora
Sign up for our newsletter
POPULAR AT PATHEOS Pagan
1 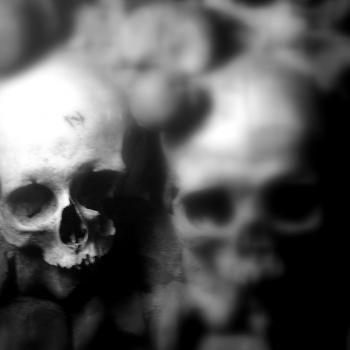