I’d like to start off with a little song (with apologies for the minor saltiness of the language):

First of all, thank you to everyone who replied to my previous article. The response was overwhelmingly positive and I was very glad to read that Jason Mankey offered a more positive view of what’s available here on Patheos Pagan. I even had some really great conversations with John Halstead in the comments section of the second part of a recent series of his pointing out a specific example of a failure to show xenia. Many of you expressed that you feel a similar kind of miasma, I guess, that lurks in the Pagan blogosphere, much of it on Facebook. It feels gross, is what I’m saying, like when you’ve had too much greasy food. You know it’s bad for you and now you really just want a salad and a glass of water. As a remedy, I offer in the Holy Name of Apollon and all his wacky relatives, a series of articles to detox your internet reading– and I certainly encourage others here on Patheos to do the same. Many already are. These are going to be things that make me happy and will not include any kerfluffles, flame wars, or other such shenanigans. I want to come back to our talk about xenia, but first I want to talk Ponies.

There are two My Little Ponies on my altar: Lyra and Twilight Sparkle. There’s also a little bust of Apollon I found at the thrift store, a plastic statue of Apollon that Sophia gave me for my birthday one year, a little dolphin statue I picked up at a touristy place in Florida, a resin replica of Athene Nashville, a resin dragon, and a tiny bronze sculpture of a slime mold that my brother made for me. Our paperback fiction is stacked up behind it, for no other reason than because I had to move the altar up away from little hands and the bookshelf was the best place. Technically, it’s a shrine and not an altar, the difference being that an altar is where votive offerings are made. I have a stone altar out back.

Why do I keep a shrine? For the most part, I like to look up and see the symbols and images that remind me of my gods. They are bigger than those images and They can take on many different forms, but those particular forms ping something in my brain that help me open up to Their influence. Different people use different sorts of altars and shrines in different ways. I have one altar at which I perform certain ritual actions for Hygeia that most people would call a “bathroom sink.” My altar to Hestia is what most people call the “stove.” There are little altars and shrines all over the house and most of them aren’t obvious or intentional. All of them help me connect with the Theoi in some way.

But why Ponies? If you haven’t seen the newest My Little Pony series, I highly recommend it. It’s one of those cartoons that’s only sort of for children. Between the subtle and not-so-subtle pop culture references and the positive messages about compassion and the value of friendship, it’s worth a watch. You won’t find anything out there that will show how to deal with a friend’s weird family or how the class bully might have some crap going on at home in a way that shows complex characters interacting in a way that doesn’t condescend to the viewer. They even had an episode that dealt with cults– charismatic leader and the whole nine yards. Still not convinced? Watch the Bronies documentary. There’s one part where they show a meeting of bronies who are in the armed services and one of them states how My Little Pony reinforces Army Values: Loyalty, Duty, Respect, Selfless Service, Honor, Integrity, and Personal Courage.  Many of those things are also important in many of our respective Pagan practices and that’s what I find there, too.

Like the Theoi, Ponies are not just flat archetypes. There’s a richness to them that speaks to the human experience. Twilight Sparkle is the bookish one, the focus of the show, but as she finds her arete, she also struggles with how to be a strong, effective, and compassionate leader.  She learns when to let go of order and control and when to use her wisdom and organizational skills to help her community in a time of need. Her figure stands next to Athene.

Less is known about Lyra Heartstrings, whose name, according to the Wiki, refers to “deep feelings of love or compassion” and she has a lyre as her cutie mark. “Because lyre” is most of my justification there, but she’s also a unicorn, traditionally a symbol of purity and grace, but also wildness and ferocity. Unicorn horns are said to purify liquids and remove poisons, which goes right along with what Apollon is all about. This is a fair bit of syncretism and much of unicorn lore was developed in the Middle Ages, but I’m a product of contemporary history. That lore and those concepts are sitting in the back of my brain and I feel like the Theoi can poke those neural pathways with a stick to tell me “It’s like that.”

Never mind that the unicorns described by Ancient Greeks were actually rhinoceroses, “unicorn horn” was often narwhal, or that in Greece in the 5th century BCE “unicorn=purity” may not have been a thing. That’s not relevant. That connection was there in my brain before I even knew that I’d be following a Hellenic path. This wee smidge of syncretism is more about my very own brains and the experiences and knowledge tangled up in there than it is about “what the Ancient Greeks did.” If I had a figure or picture of Lee Adama from Battlestar Galactica, I’d probably put him right up next to Lyra and the thrift store bust because there are some very clear connections between the stories of Lee Adama/Apollo and those of Apollon, son of Zeus. Clint Barton could have a place, too, because when I think of the Far-Shooter, how can I not think of Hawkeye? Kate Bishop (also Hawkeye) could have a place up on the shelf to remind me of Artemis. The connections there are not exact or perfect by any means, but there’s a fair bit of “it’s like that” and it’s enough to zap those neural pathways in a way that turns my thoughts toward the gods.

In some traditions, the gods inhabit the figures, which I can totally see. Even the little plastic Apollon could be a big neon sign saying “APOLLON WELCOME HERE!” And I could absolutely see the value in spending a good chunk of change on a really nice piece of statuary, especially if one of the gods were going to be actually in it. I’d love to have this statue of Hygeia in my bathroom, but I just don’t have the disposable income or the space on my sink for that. What I’d really like to have is a framed print of “Woman Bathing” or “Child’s Bath” by Mary Cassatt. It wouldn’t even have to be an art print; an old calendar page in an inexpensive frame would do. Honestly, though, hot water, soap, and fresh towels make me think of Her more than anything.

In Ancient Greece, the kind of votive offering given depended on the status of the dedicant. There would be small, crude little statues made from common materials and larger, more elaborate statues made from more expensive stuff in the same time period at the same temple. The poor guy’s little whittled wooden statue had in it as much of an expression of thanksgiving and piety as the rich person’s big fancy gilded statue. The poor guy wasn’t less pious, he just didn’t have the coin to spend on something high-end. I feel ya poor Athenian guy. I feel ya.

There’s a lot going on behind the Ponies on my bookshelf. I don’t think the Theoi mind that I don’t have schmancy bronze statuary. It really is the thought that counts because if it makes me connect with Them, that’s enough. I don’t think they mind that most of what’s up there isn’t a reproduction of something from Ancient Greece, either. Twilight Sparkle makes me think of Athene. Lyra makes me think of Apollon. I wouldn’t necessarily get the same complexity of thought or emotion that builds on existing knowledge and experience from an authentically reproduced bronze Spartan horse figure. I have feels about Ponies and my relationships with the Theoi build on those kinds of feels. Maybe it’s unorthodox or heretical to have Ponies representing aspects of the Theoi, but we have neither an orthodoxy nor a particular doctrine for me to defy, so I’m not terribly worried about it.

Why do I have Ponies on my altar (shrine)? Why not? It works for me. You may use your statuary differently and I’d love to hear other perspectives on the purpose of votives, statuary, altars, and shrines. How do those statues help you focus your prayers or thoughts? What purpose do they serve for you? Do they help you cultivate relationships with your gods? Do tell! And please practice xenia in the comments. Be as awesome as you were in the other post. 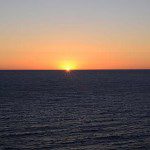 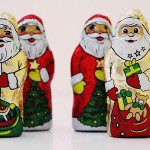 December 31, 2015 Birthing Hereditary Witchcraft: To Santa Claus or Not to Santa Claus? - Evidently that is the Question!
Recent Comments
0 | Leave a Comment
"While I absolutely agree with the spirit of your comment, individual mental health capabilities should ..."
Laurie Between Two Worlds: Dark Moon, Tarot, ..."
"My mentor once told me, when I asked about fairies that when he was young ..."
David Hogan Irish-American Witchcraft: Why the Roots of ..."
"The Facebook thing has many facets but the political Facebook thing is about freedom and ..."
JenniWest Between Two Worlds: Dark Moon, Tarot, ..."
"Thank you."
Willow Rose The Corner Crone: Who Do I ..."
Browse Our Archives
get the latest from
Agora
Sign up for our newsletter
POPULAR AT PATHEOS Pagan
1

No, That's Not An Odal Rune
That's obviously not an Odal rune. It's a square stage set at...
view all Pagan blogs
What Are Your Thoughts?leave a comment
Copyright 2008-2020, Patheos. All rights reserved.