Adventures in Wortcunning: Story of Imbolc

Nature’s most perfect food, it is called, and this is true for baby mammals. It is also not a bad choice while suffering hypoglycemia. Think of all the yummy things made with it, including butter, hard and soft cheese, yogurt and everybody’s favorite, ice cream. Milk is good food.

Imbolc means ‘In the belly’ and Oimelc means ‘Ewes milk’ and it is sort of pronounced that way, too. After owning dairy goats I realized there is a season to milk, and a reason it owns a place on the Wheel of the Year. You don’t learn that growing up in the land of the supermarket with year-round bananas, apples, and oranges. There’s a lot of things about dairy you learn by having even a few goats.

Imagine yourself ten – twenty – thirty thousand years ago. Fit and strong you may be, but without electricity, refrigeration, or even domesticated animals, winter was brutal. There is no cheese, or the sun is still low and cold permeates all.

Snow or slush everywhere and almost no food to be gathered for the family who is hungry every day. It is the same at this time every turning and this moon is called Bone Moon (by some). Your family are not the only hungry ones, and every predator is on the hunt. The quiet of snowfall hides almost every sound.

A lowing in the distance – hush – it means a cow has dropped her calf, somewhere. She is in milk and calling rings the dinner bell. The trick is to sneak up on a wild cow in milk, one of Nature’s meanest animals, part her from her calf, then work the shaman’s magick needed to take the milk from her… before the other predators get there.

This is not likely to succeed, so however did it happen?

I hypothesize that the people who went to the trouble of inventing written language did so that the ancient legends could be shared without the unavoidable vulnerabilities of oral traditions whose compendiums were lost because, sadly, it died with them.  The earliest stories we do have, in written form, come from ancient Sumeria, and hearken to this early era, at the hungry time. I will tell the story, but warn you now: the hero dies in the end.

The Story of Dumuzi

Our story happens long ago in the days that the Gods walked on the Earth among men—when they felt like mingling– or to receive the daily offerings of food, freshly gathered dainties and delicacies. Nuts and fruits and glorious honey. Meat, the flesh of hunted animals roasted in offering at the altar. Every day, all brought by human helpers, a group on the burgeoning edge between innocence and civilization. Innocence in chains.

For a while there was enough food for everyone, Gods and man to thrive alike. This is a fertile planet, after all. Some of the people were charming, delightful in their personalities and appearance, and often these would be chosen as a special servants to the Gods, a God or Goddess in particular, favored as a pet of sorts. But the people did what people do and soon there were too many.

A servant, or even a pet, can become a beloved member of the family, in time, and such was the case when the Goddess Inanna saw the mortal man Dumuzi. He would be hers, and this was not a question of probabilities for the Goddess, used as she was to gaining her will.

And in this time the people, their servants grew hungry, and even the Gods themselves came close to feeling the terrible pangs, especially at this Bone Moon season, this yearly moon of storm and cutting wind. The Goddess remembered her home, far, far away, recalling two of her favorite and most useful animals who gave food to the people of the place. The Goddess devised a plan that would gain all her desires and sweet talked her way into approval from the council.

Inanna stole away with Dumuzi, mere mortal though he was. He was beautiful in her eyes, and after many weary miles the Goddess and Dumuzi came to the land of her birth. Yes, the Gods are born, and even die after many many human lifetimes, but that story is for another time.

In the Land of Inanna’s Birth

In the land of Inanna’s birth, there Dumuzi was introduced to the magickal animals: sheep and goats, Inanna’s favorites — both happy and helpful to men and women in the most peculiar ways. He was entranced watching them at play. Inanna promised to teach him their ways. She would give these animals unto his care, and he, Dumuzi would become a god among men for the knowledge of these animals and secrets of their maintenance she, the Goddess would impart to him.

He did not realize how long it would take. Introduced so newly to the animals of his charge, indeed he was charmed by them and took no thought to the passing hours and seasons of study as he learned the secrets of livestock husbandry, herd maintenance, gestational cycles, dairy and fiber production, and cheese making. As he learned all this, his love for the Goddess grew, as did hers for him.

So, by the time they returned to the land of men with the gifts of milk, butter, cheese, wool and tasty (easy) meat all wrapped up in the package of these two animals, by the time Dumuzi had learned all the secrets and by the time the Goddess Inanna and Dumuzi love for each other had grown itself to epic proportion, worthy of the ancient Song of Songs. After all this time, they returned to discover it had been many human lifetimes since they left.

In the eyes of the people, Dumuzi must therefore now be almost a god, too. How else could he live so long, and be the beloved of Inanna–mother Goddess who gave the gifts of agriculture and civilization itself with these two small animal herds. There was no reason for the people to go hungry. And, Dumuzi would be here to teach them the secrets.

And so he did, and for seven years the people did learn. Herds were pastured, fields planted and harvested, cheese and all the rest were made while all the other secrets learned were passed down. But, something in Dumuzi changed when he returned to the land of his birth. Because of the words of the people and Inanna’s love for him, his head grew big and pride filled the space. He forgot that he began a humble young man when the Goddess found him, and Inanna had given him everything, including his illustrious position among the people.

Dumuzi grew bolder in his discontent, and allowed his eyes to wander from the graces of the Goddess. This was too much. And you know how the story ends… but why?

I will tell you this, in many an ancient tale, the secrets are hidden in the telling. Did you know for instance, that sheep and goats have a viable livestock life cycle of about seven years, after that and you can’t count on too much production value in dairy, fiber, or even as stud. So, his sacrifice after that time makes more sense in this way.

It also gives us a “truthy” reminder of the solemnity that also accompanies great gifts. And, again is shown in the microcosm of the yearly cycle.

You know that milk is what baby goats, sheep, cows and other mammals drink until they are weaned, to eat solid food. You may also surmise that this is a lot of work for the mother animal, producing the nourishment for her quickly growing offspring, who arrive from one to four at a time.

So, the basic necessities of herd management require the female goats, cows, and sheep to rest their bodies for a bit. At least to make sure that you are not milking a doe, ewe, or heifer who is also very pregnant.

During this break in time it is- you guessed it – also the dead of winter seasonally. Not a good time to lose the fantastic, reliable food source the clan has depended upon for 9 months. Fortunately, for the clan at least, the necessity of yearly breeding to “freshen” the does, provides each time from one to four additional members of the herd.

No one can increase a herd exponentially for long, these animals eat too much for that! So, as a dairy livestock owner, each season you are faced with the heart-wrenching decision of who among the females will stay to breed and milk, and who among the males might be a lucky buck. The rest are destined to become tasty tender meat for the table, and you try not to think about it for a moment or two.

Because now, there is milk again. And meat for the table. The yearly gift and annual sacrifice, reminders of the hungry times and gratitude of our current conveniences.

[Editor’s Note:  It is with a heavy heart and a fond farewell that we bid adieu to Anne and her column, Adventures in Wortcunning.  Thank you, Anne, for your wonderful stories and for sharing your garden with us.] 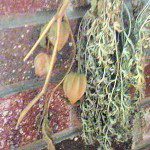 January 17, 2017
Irish-American Witchcraft: Magic Where You Stand
Next Post 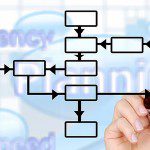 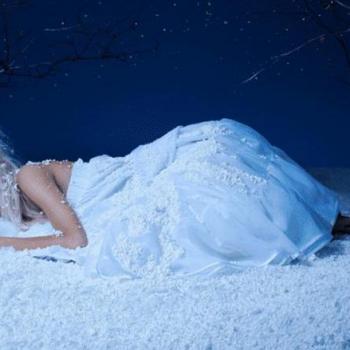 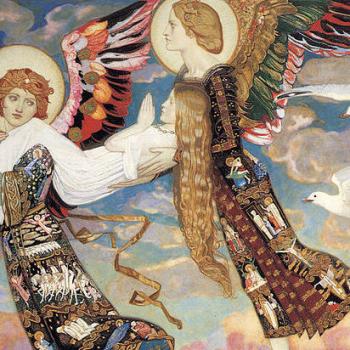 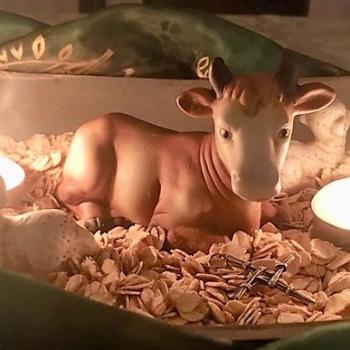 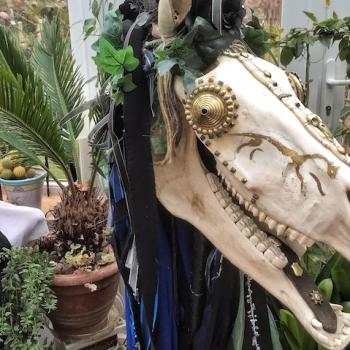