Lamp & Labyrinth: Your Story and the Storyteller

Lamp & Labyrinth: Your Story and the Storyteller March 1, 2017 Chris Godwin

I live with a learning disability that makes me assume thoughts and skip over them, and think too fast.

I’ve had to cope with it via methods of overcoming , which require effort. The fire which powers this effort is fanned by spirit.

There are secrets of the mind that each individual can only find if one is open to them and to spirit, whether coupled to or separate from belief.

As a person undertakes several pursuits within the pagan community, the folks I meet vary in perspective to extreme degrees. A good lot of them see me as this current point in time and not the result of overturning stones everywhere reaching for many perspectives.

Sometimes I try to communicate what I’ve learned to others on the methods that work for me, and it always surprises me when folks respond as if I’ve always been as empowered, and that am down-punching non advanced folks. For a while it put me in a paralysis because my goal isn’t to seem empowered to people, it is to describe how folks like me are doing it. Sure the path of the mystic is as treacherous as a journey to Mordor or to the Fairy Otherworld, but just simply finding empowerment should not be so difficult.

I feel like the answers to many seeker’s questions are located inside a shell of what they most avoid acknowledging or thinking about. This was certainly the case if only for me. The act of avoiding these things is as foreign to me as compulsion and anxiety put them in my face often. I’ve had to learn to cope by entering the emotion and consuming it until it is gone without reaction. Stating I have gone from an extremely impulsive person to somewhat under my own mastery isn’t ever a down-punch. Discussions I start on these topics are a reflection of what they are avoiding and so I understand I am perceived as a strong person saying, why can’t you just be strong, but that interpretation is further rooted in disempowerment and insecurity. This path has the most catch 22s I’ve ever encountered.

I’ll continue to do what I do though, and the willing listeners are worth being painted badly and ill perceived by a few who may not be facing whatever it is that they get hung up on.

As someone who has come so far, removed jealousy and envy, and just wish to express myself, I cannot stress how true it is that unhealthy hangups and insecurities, things your friends tease you about because they know it’ll get a rise, are indeed preventers of the magician, sage and holy person from their potential. My child-hood abuser made my blood a swimming soup of intense emotions. I’ve had to work hard to not be a violent person. If I can divest in an emotional response toward the ends of harmony, yet feel deeply any negative emotions I may have, anyone with a healthy psyche should be able to. Other broken people’s mileage will certainly vary and I cannot see all the suffering, nor the factors which leads to someone being guided less by their will and more by their circumstances, but it is possible that if you or I had the same biochemistry and upbringing that we’d be down-punching to say it is within everyone’s reach and we ought to be careful not to be ableist. Instead we limit our scope to folks who aren’t still broken as people. If you don’t know what that means, you’re likely not a person with a broken spirit.

The door to the inner mound of the mind is narrow, you must duck and set things down to enter and receive the wisdom of the ancestors. Sometimes you must choose between one thing or another. And if you happen to receive messages from the otherworld in these pursuits that you must communicate to others, becoming a soothsayer will bring with it a judgement upon oneself which will have to be withstood or ignored to do the work the gods task us to do. This is a judgment and an expectation of failure from some, perfection, and being put on a pedestal. People bring to you their own enchantment of you so you’ll have to shake that to really do the work. I’m both weary and wary of folks who bring into their persona an overly romanticized role and lean into the enchantment people bring on them. This of course changes under circumstances, King Ezekiel uses this sort of enchantment in the Walking Dead to bind the tribe, and he doesn’t let it stick to him. He’s an example of a real enchanter.

A poet with any amount of divine wisdom can see all these enchantments, the worries of the folk, the ways they need to be consoled as being rooted in story. Thus the Ollamh or master bard is a Fiath or seer and a Fiath is a Fili or poet, both distinct with overlap at the topmost ranks. All mind is rooted in story and the reactions we do in that story are done after we perceive the world and what happens in it as part of some narrative of our lives. As we are perceiving, the inner story teller which makes sense of what is going on, shapes our vision before we see it.

If ever I’ve abused anyone, upset them, silenced or interrupted them, or transgressed against anyone or a being, it is because my inner storyteller and his justifying echoer were misconceiving the story. The thing underneath my perception. When I look around the world, I do not see the actual world, I see a story my brain is delivering to my kernel observer, my soul. So when I see something out there… in fairy… it could be out there or being communicated to my psychic storyteller. Again our scope is with sane, unbroken people. Mysticism is for healthy folks, either naturally or supplementally. I firmly believe psychology and psychiatry should come first for the folks who need treatment to maintain mental health.

Regardless of privilege, your inner story is your best equipment against situations where folks are looking to you in order to set a precedence on how to treat them. This doesn’t work in all situations, only civil ones. Situations containing adversity require different protocols. You can only change it if you watch the cracks in the psyche, where it is being told and to correct the storyteller as the telling occurs, it listens.

A cracked story is a cracked worldview, and we always think the current story and current worldview is accurate, but it can never be. 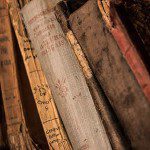 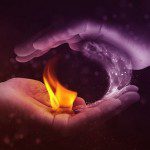 March 3, 2017 The Crow's Nest: Balance in the Midst of Chaos
Recent Comments
0 | Leave a Comment
Browse Our Archives
get the latest from
Agora
Sign up for our newsletter
POPULAR AT PATHEOS Pagan
1