In the past few years there has been increased attention to the renaissance of witches and witchcraft in popular culture: witches in film, witches in fashion, and witches fighting back against the dystopian Trump regime.

This resurgence has also been felt in LGBTQ communities. As a queer femme witch, I have witnessed queer femme communities becoming progressively vocal and embracing elements of witchcraft, brujería, and other magic(k)al ancestral practices. This makes a lot of sense. You could say that queer femmes, for a number of reasons, make for incredible witches.

Why do I say this? Because queer femmes exist at the intersections of identities that are marginalized based on sexuality and gender presentation, and also race, class, gender identity, dis/ability, body size, and so on. This outsider status, along with a yearning to experience our femininities as seen and valued, offers a special vantage point from which to approach the study of witchcraft, the divine feminine, and the reclamation of personal power.

In terms of femininity, both queer femmes and female witches have long been understood to be transgressing “proper” notions of gender and sexuality. In large part due to the devaluation of femininity relative to masculinity in larger culture, femininity is also often devalued even within queer and feminist communities.

That’s why it’s even more important, then, for me as a queer femme witch to assert my embrace of the wild and sacred feminine outside the confines of compulsory heterosexuality, to embody sexual wholeness, and to reject bodily shaming. My queer femme witchiness involves reaching for the highest heights of self-knowledge and personal transformation despite what dominant society has to say about it, a feat that both queer people and witches are particularly skilled in. As a queer femme witch, my sacred femininity is not for the male gaze. My queer femme witchiness embraces a progressive politics of compassion, empathy, and respect for the earth and its life, especially that which has been cast out and scapegoated as “other.”

Embracing my identity as a queer femme, as well as a witch, is about living my life on my own terms, challenging assumptions about both femininity and queerness, and reveling in the joyous mystery of my own path.

In addition, for femme witches and healers of color, the historical legacies of enslavement, genocide, and colonization have exponentially multiplied the extent to which their bodies have been targeted by church- and state-based violence. Tapping into their own magic(k)al power is an act of resistance to these systems. VICE editor and contributor Moira Donovan, writing about the insights she took away from her interview with writer, activist, and bisexual trans Latina bruja Mey Rude, wrote, “It’s intimidating to be a trans woman of color in public, and the tools and rituals of witchcraft make [Rude] feel like she’s just as formidable as the culture that would threaten her.”

The queer femme witches I reached out to echoed some similar sentiments about finding and channeling their power.

“A lot of my queer femme connections to being a witch began as part of a way of connecting to the feminine divine that was so absent from my Judeo-Christian upbringing,” said Crystal DeCell, a white queer femme witch living in Bloomington, Indiana. “It grew more connected to my sexuality because my first real group witchcraft experience was at a women’s college … [and I had] the sudden realization that queer witchcraft was not only okay, but beautiful and powerful.”

For DeCell, finding a community of queer witches helped her embrace both identities, and in the process, she added, “my queerness and my witchiness were almost allowed to be interchangeable.”

Mel Michelle, who identifies as a “Black queer femme feminist pedagogue and artist shaped by the creative magic of Gulf Coast bayou Catholicism and queer feminist spiritual engagements,” also spoke to this fluidity between queer femme and witch identities.

“The way I perform my femme [gender] mirror[s] the ways I access and perform my magic,” she explained. “My magic is femme, sensual, sensory, and radical, in a shape shifting package that can move through the world in forms unknown, until they are known.”

Lisa Maren Stein, an Eclectic Wiccan energy healer and intersex/transgender lesbian woman, told me that she came to Wicca via the Metropolitan Community Church in San Francisco, which she began attending as an alternative to the evangelical church that told her she must “pray the gay (and gender issues) away.”

“One of the draws of earth traditions is its equal inclusion of the Divine Feminine,” Stein said. “[Femininity] is [treated as] an equal and not a reject, as it is in evangelical Christianity.”

Queer femmes also provide much-needed wisdom about expanding and evolving how witchcraft and the divine feminine are viewed in the present day.

“I struggled with the trio of Maiden-Mother-Crone that was standard in Gardnerian witchcraft, where I started out, because it was presented as a natural progression and it still felt limiting and proscriptive,” reflected Sara, a white queer femme atheist witch living in Toronto. “As I learned more about Wicca … and came to see it as a constructed, very modern, set of traditions, the binaries around gender and the compulsory heterosexuality that I was rejecting in my own life were no more necessary than in my [spiritual] metaphors…”

Sara continued, “I wanted images of women who weren’t paired up with some equal-but-opposite male figure — or who weren’t paired up at all. I wanted to feel a close connection to the planet and its seasons without resorting to a maternal metaphor for the earth or myself. I have nothing against motherhood … but I didn’t want to be one.”

Sara’s insights about the need for expanding our understanding of the sacred feminine is important not only for those who don’t see themselves in the mother role, but for all queer people whose sex may not be reproductive, cisgender women who are infertile but do not fit into the crone life stage, and transgender women, who have often been so cruelly excluded by Dianic covens in particular.

Queer femme witchcraft reminds us of the ways that magic(k)al practices can represent important and empowering sources of comfort, affirmation, and hope for marginalized people, in particular women and non-binary people. Misha, a “white, queer, working-class, disabled, survivor, femme witch and community herbalist and organizer living in Massachusetts,” as they put it, explained to me that they became interested in witchcraft from an early age, but that abuse and trauma caused them to “harde[n] [themself] against [their] own sense of power.”

“I rediscovered herbalism in my early twenties because I was too poor for health insurance and doctors,” Misha recounted. “[A]s I found my own sense of queer, femme, working class power, my feeling of being a witch came back. I spin magic through trusting my intuition, love of nature and herbal medicine, makeup, sexuality, exploring shadows, bathing in oceans and swimming holes and moonlight, and queer femmeness.”

“I gain magical strength and wisdom from my resilience in surviving trauma, forming community and love with other queer femme witches, and being invested in being a community organizer and herbalist,” they said.

In a similar vein to Misha, Toronto-based writer, artist, and witch Clementine Morrigan weighed in, “Femme and witchcraft are both forms of trauma magic for me. They are how I take my body back from violence, how I move through the world navigating violence and loving my life anyway.”

“Both are poetry, are ways of seeing, moving, being,” they said. “Femme is the altar on which I surrender my trauma, the cauldron in which I mix my resistance. Magic is the soul of my femmeness, the soil its roots grasp.”

Through Crystal, Mel, Lisa, Sara, Misha, and Clementine’s fierce femme queerness and witchy resiliency, their lives are concrete examples of the rich complexity of the embodied divine feminine. These stories of bold life transformations and quests for self-knowledge are foundational to what it means to be a queer femme and illuminate just why queer femmes make for such incredible witches. 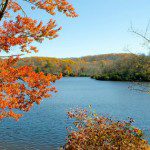 May 5, 2017
The Crow's Nest: Appalachian Granny Women Reviving a Tradition
Next Post 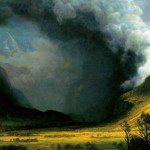 May 7, 2017 Book Of Blackbirds: A Witch's Tale
Recent Comments
0 | Leave a Comment
"Great insights, Martha. You know that with my agnostic leanings I have a different concept ..."
Willow Rose The Corner Crone: Hekate of the ..."
"A sincere thank you for sharing this. I so appreciate the opportunity to understand others's ..."
Willow Rose Between Two Worlds: Anna, Another Lesson ..."
"I always enjoy your thoughtful insights."
Willow Rose Between Two Worlds: Reminiscing and Moving ..."
"A necessary message, beautifully composed. Thank you for sharing of yourself, Martha."
Laurie The Corner Crone: Self-Love Will Be ..."
Browse Our Archives
Related posts from Agora