Drui and the Witch walk on the outside edge, between the wild and the village. We are the Borderfolk, and we are mystics who guard culture and keep it. Therefore, we cannot take part in it the same way we once did. We give a pouring at the crossroads because it is our place and it is the right thing to do at thresholds. Here, we call forth vile droughts of death spells and magics. A suspended place of power is found at the threshold between fear and love, positive and negative thinking.

We are as a sailor in a coracle on the current with no ability to choose our direction, when we aren’t suspended at the Threshold. It is for this reason that the people worry. Reacting to stimuli as is natural, in many of us, removes us from their seat of our power. Pagan wisdom traditions must employ a level of detachment. We need a new detachment from personal impulses and reactions, and not from the sensual joys of life. Pagan mystics experience joy and sorrow, ascribe meaning to it, but we do not let the stimuli itself move us to reaction or impulse without the consideration of virtue, honor, and what is right by the Sovereignty of others.

Practice devotional honor and worship of the cosmos in this liminal state, and you’ll be able to hold communication and information flow with other beings. This betwixt psychological state is something that the non practicing critics will never understand unless they set aside bias and work to experience it. Bias is a force of ego, just like an overwhelming sense of shame is still a self centered framing of thoughts. Frame your thoughts outside of bias and ego.

Regardless of what the irreverent believe, mysticism yields the ultimate psychic power and control over our bodies, perception and lucidity. Even reverent and celebratory atheists who walk between worlds attain these states, and so belief isn’t even a real focus. There are perspectives from which all beliefs are true and false. Understanding this is part of embracing the contradiction that is our paradoxical world.

Notice the folks in your life that seem to flow people and events around them as if they’re knots in the world tree. They are fate weavers who weave unplanned wyrd and fírinne themselves as fíodóirí na ndán.

Pagan mysticism isn’t just for the super devout. It isn’t about not having limits, melting ice with our body heat, or breaking boards with chi. It is about safely stretching limits you do have so you can get out of the way of your destiny and potential. Get out of your own way and find your power seat, your true place in the Cosmos. Seek more objective reality and accept it, while considering as many subjective perspectives as possible, then you’ll find your power.

Stellar machinery is the flesh of the cosmos, folded in layers that writhe over one another like snaky dimensions of curled up pockets of time and space.  I have felt the blood-flow of all things rushing over me as a river thwarting me and upholding me. One day it will cover and destroy me. I no longer fear this day as my immortality and the immortal nature of every spirit has been revealed to me.

The rushing of the river of cosmic on-goings, it winds and sings songs of fervent reverence. It sings persistent creation of more and more complex natures.

The Danger in the Liminal

The stakes are high here, higher than our lives. We only have one shot to weave the current pattern. The Borderfolk at the Threshold  shred our own souls to find out what we even are. We are looking for where our power and agency lies. We must become world destroyers and re-creators, to bring the will of the Shinning Ones to Earth.

Most of us are broken anyway from some trauma or othering which put us on the outside. Yet we’re still here and haven’t fully gone into the Wild. We strengthen ourselves and will this broken thing back together like Liquid Metal Terminator. You have this power. Hobbling, we tinker with ourselves until we sip from the Well of Chaos and Potential and we are revived. Sure the drink brings the drioganna of joy and of terror and sorrow, but Truth is fertile soil from which we regrow our Tribal Trees.

No Glory in Truth

Truth is the soil from which a new Story is grown. Only an Author at the Threshold can write their story.

Truth is the soil from which a new Story is grown.

Walking between worlds is not a gloried position. The veil is many layered and the true nature of all things can be known when the deepest veil, has been pierced. If I have not emphasised terror enough here, Piercing that veil, you may become disillusioned to parts of the world which make you happy or uphold your worldview. It is more than torture to consume a spiritual entheogen and to have every single one of these worldview supports knocked asunder.

Every person has a reason for existence and some of the more foolish reasons will be flash cooked from your mind leaving you adrift for months or even years after the experience. You may just learn what the terrifies the Gods, that this is an anything goes universe that has to be upheld and maintained, eternally. Personally, this is the route I chose.  I have run away a little, crawled back a lot, and the gods skinned me alive in their cast iron pot.

These membranes of illusion and thought and spirits can be pierced one of two ways, a spirit on the one side can bring you in, or you must break in and learn the way.

Cuchulain broke into Fairy and landed in the scary terrifying world of Scáth, where he encountered hostile fairy forces. This is what you can expect if you try to attain this liminality on your own. But I take that these allegories exist and are parallel to my experiential devotion, that I’m on the right path.

It is through devotional practice and magic, regularly and piously that we attain these states, gain the favor of the spirits, whatever they are to you, and get invited to their world. 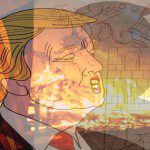 May 15, 2017
Queer Femme Mystic: The Pagan Case Against Donald Trump
Next Post 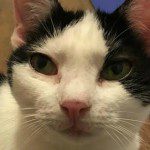 May 18, 2017 Tree City Witch: A Witch’s Grief & Advice for the Living
Recent Comments
0 | Leave a Comment
"This sounds really interesting. Thanks. I love witchy book reviews. Books are always a wonderful ..."
WildestSea The Corner Crone: The Hedgewitch’s Little ..."
"These are great gift ideas! Useful for any occasion."
WildestSea Phoenix Rising: Last-Minute, Easy Yule Gifts ..."
"I read an article about not giving gifts to adults at Yule and other occasions. ..."
I. H. Hagar Phoenix Rising: Last-Minute, Easy Yule Gifts ..."
"Such an interesting read!"
Patti Annelle Patten Pan-Celtic Hoofbeats: Horses of the Dark ..."
Browse Our Archives
get the latest updates from
Agora
and the Patheos
Pagan
Channel
POPULAR AT PATHEOS Pagan
1

Sitting Vigil with Myself
I'm finishing up a course on deathwork and home funerals. This is...
view all Pagan blogs
What Are Your Thoughts?leave a comment
Copyright 2008-2021, Patheos. All rights reserved.