The Corner Crone: What Makes It Witchcraft

This morning I’m in a local forest preserve, water bottle in hand, standing at a three-way crossroads waiting for my husband and the dog to return from exploring what I know is a dead-end path. The moon is in waning crescent phase, three nights out from full dark. Alone at the crossroads, I pour a small amount of water at each intersection giving thanks for Hekate’s presence in my life, asking that I may continue to feel Her presence and that I may serve Her well.

A summer breeze, cool and momentarily lifting the humidity, filters through the trees and across the crossroads as I finish my triune prayer, drying the sweat from my skin. The breeze continues to freshen; small fluffy seedpods release themselves from their trees and drift like soft, spangled stars to the ground. I smile and thank Hekate for Her favor; my husband and the dog appear from around the bend, and we continue our walk.

Is that mere mindfulness? A silly but harmless old hag by the side of the road muttering something and leaning, arms outstretched, into the breeze? Is it witchcraft?

Many years ago I worked with a woman who had not had insurance until she married. She had seen blood in her urine but had not been able to afford a doctor prior to her marriage. She received a call at our workplace; I took the phone into her classroom having no idea that there was a nurse on the other end with my friend’s lab results. Five minutes later Hilary burst into my office in a panic. The results showed that she not only had bladder cancer, she had breast cancer as well.

Aside from being gobsmacked that any medical professional would call a patient up and tell them that kind of news over the phone, I was horrified that I had been the person who had been an abettor, albeit unwitting, to such personal devastation. One minute, Hilary—as far as she knew—was fine; in the next minute, she discovered her health was actually dramatically worse than she had realized.

On the next full moon I poured my salt circle, sat before my stump, and prayed my incantations for Hilary. I remember rocking rhythmically as I gazed at the moon and at the pillar candle I had poured my energy for Hilary into. I closed my eyes and sank deep into my Self, rocking and chanting, praying that Hilary be healed. I felt a powerful burst of hot energy shearing away from me, and, dizzy, I sat a few minutes more, eyes closed and still, before giving thanks and tidying away. Several weeks later, Hilary’s follow-up scans came back as normal.

Was it a self-delusional behavior? Was it wishfully seeing a connection where empirically there was none? Was it witchcraft?

Two days ago I was standing at the grocery checkout with my elderly client, waiting for the woman ahead of us to finish paying for her food. Her back permanently bent forward at a severe angle, most probably due to arthritis, the woman swiped her pre-loaded debit card and came up $50 short. The humiliating and slow process of handing food items back to the checker to be deducted from the grocery bill began. “Cathy,” I said, “I can spot her $20 if it will help.” “She’s $50 over,” she replied as more items were handed back over the counter.

Awkwardly, two or three items at a time, the bill was whittled down. I handed the woman a twenty, telling her “someday it will be me.” Cathy made change, looking to see if I wanted the few dollars that were left over. I waved it back to the woman ahead of me. She thanked me, pulled her cart through and told her son to wait while she went back and bought some meat for her family.

Was that simply a goodwill gesture? A chance to “pay it forward”? Or could it possibly have been witchcraft?

Popular culture lavishly bathes us in images of sexy witches, haute couture witches, hippie witches, darkly powerful hexologists boiling toenails and/or hair and/or herbs and/or bits and pieces of dead animals into potent alchemical brews. TV and movie witches twitch their pert little noses or chant with dark intention or wave their hands or twirl up into the air and most of it is . . . seriously wonderful to watch.

Buffy the Vampire Slayer’s Willow? She’s one of my all-time faves (“I’m talking! Don’t interrupt me! Insignificant man. I am Willow. I am death. If you dare defy me, I will call down my fury, exact fresh vengeance, and make your worst fears come true. Okay?”). Practical Magic? A witchy movie dear to my heart. I absolutely love what Sally says to Gary because it is so true: “Your badge—it’s just a star, just another symbol. Your talisman. It can’t stop criminals in their tracks, can it? It has power because you believe it does.” The STARZ adaptation of Neil Gaiman’s American Gods? Holy snakes am I all over that like maple syrup on flapjacks! Moana? Book of Life? Ladyhawke? Labyrinth? I can watch them over and over with the unbridled zeal of a toddler and never tire of them.

But none of that is how my own personal witchcraft works. It’s not my expectation that my own connection with Hekate ought to manifest in some sort of slap-you-upside-the-head woo-woo witchery that zaps into the scene from out of nowhere to bend things to my will. Don’t get me wrong—that would be great! I would love to have that kind of power. But that kind of power so very often is all about me and not so much about my relationship with the Goddess. More about ego and less about devotion. More about “I command” and less about “I ask”.

Do I believe in the efficacy of potions? Yup. A couple of years ago I had surgery to remove a tumor on my carotid artery. Prior to this tricky, dangerous surgery, I asked an herbalist friend to create a tea (I nicknamed it “Andrea’s Weedy Brew”), which I boiled up and drank twice a day for six days post-surgery. Did it speed my healing significantly? I certainly believe so. I know my surgeons were quite pleased.

Do I believe that casting spells is effective? It can be, depending on several factors ranging from intention, purpose, focus, what you’re asking for and how you’re asking for it, to what your understanding of your relationship to the Greater Whole is and how that understanding informs your choices and actions. For me, casting a spell is pretty much synonymous with crafting a prayer of petition. Druid or witch, Protestant or Sikh or just about whatever denomination you may think of—we’re all saying our prayers . . . casting our spells.

Truthfully, most of my day-to-day magic is relational and if I’m doing it right, nobody really notices. Perhaps after we spend time together some obstacles they’re facing seem to be smoothed away, or a fresh insight is realized that unknots a problem they’ve been wrestling with. Perhaps they are refreshed in spirit, newly resolved in purpose. Or perhaps they suddenly, unexpectedly, have enough money to buy meat for their family.

Am I a “fluffy bunny” witch? A witch wannabe? A few years ago, just before the Winter Solstice Ritual was to be held, a member of the congregation came up to me and told me her niece was so excited to be attending because “she’s never seen REAL WITCHES before!” “Good grief!” I thought, “I think she means ME!” I assured her that we looked pretty much like everyone else and hoped her niece would not be too disappointed.

So, what makes it witchcraft? Intention, certainly. An understanding—insofar as we can—of how Nature works and a willingness to align our efforts with Her patterns. Careful observation. Fearlessness. Trust. A commitment to learn and relearn as often as necessary. Focus. Integrity. A deep recognition that we are part of an interdependent web of Life, and whatsoever we do on our tiny, silvery strand affects the entirety of that web. Devotion. Joy.

Oh, and chocolate cake for breakfast. And midnight margaritas. 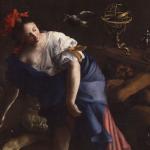 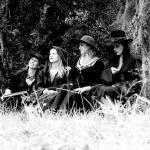 July 18, 2018 Spooky in the South: Misinformation & Biases
Recent Comments
0 | Leave a Comment
Browse Our Archives
get the latest from
Agora
Sign up for our newsletter
POPULAR AT PATHEOS Pagan
1