On the Necessary, Ineluctable Otherness of Witchcraft

A conversation came up recently, initiated by the redoubtable Cyndi Brannen of Keeping Her Keys, centered around the question of what it is that makes witchcraft, witchcraft… or, to reframe the question slightly, what the defining characteristics of witchcraft are, as differentiated from other forms of magic.

It’s a fascinating question, but it’s also one I’ve written about a few times before1. This time around, I figured I’d just hold my tongue and let other folks take the lead, but Jason Mankey, my editor here at Patheos, offered me the oblique challenge of saying something on the subject that I haven’t already said. I’m a sucker for creative challenges, and even more of a sucker for talking about witchcraft, so here we are.

So, what makes what we do “witchcraft,” and not some other thing? In one of those earlier posts, I wrote that “witchcraft is what witches do.” That’s true as far as it goes, but it’s also kind of a circular argument. Moreover, it’s a bit facile on its own. After all, I’m a witch, and I do all kinds of things that aren’t necessarily what I’d call “witchcraft.” I binge-watch shows on Netflix, I do crossword puzzles, I spend too much time fretting on social media.

Is that witchcraft? Of course not.

Where’s the line, then? Is it in practicing spirituality, or magic? I’ve sat dhikr with a Sufi tariqah, taken communion in both Episcopal and Gnostic churches, received the blessing of a Buddhist priest, and performed a seemingly-endless series of perambulations around the perimeter of a Golden Dawn lodge2.

Is that witchcraft? Well… no.

Is witchcraft a set of beliefs? A set of practices? A black-handled knife, a cord, some candles, a chalice? A goddess, a god, both, neither? Dancing naked around a bonfire with a stang and a handful of rusty nails? Meditating in an Anthropologie wrap skirt with a smudge-stick and a handful of crystals? Any of them, all of them, none of them? Is it still witchcraft if I don’t have skulls littering my altar, or if I don’t have an altar at all?

Or is witchcraft something else altogether, something not reducible to techniques, trappings, dogma, or details?

In another of those previous pieces I mentioned, I suggested that the witch is in many ways synonymous with the figure of the Other, “the one who calls into question everything we believe we know and understand about our world, our lives, ourselves.” The witch is the one “who does the work of being in relationship, garnering power and wisdom from the outer margins of the acceptable, making their will manifest to better a world which would just as soon see them burned alive.”

It follows logically from that thought that there’s an inherent Otherness to witchcraft: a queerness, a strange apartness, a fey beyondness which encompasses all things and belongs to none of them. Witchcraft is uncanny and dangerous, but also powerful and compelling, precisely because it’s set apart from the known and accepted. Witchcraft is the path between the flickering campfires and the floodlit storefronts into the shadowy world beyond the boundaries, the places where fear and desire dance with knowledge and understanding. Witchcraft is the art of walking into the twilight spaces where Otherness begins, brushing against that strangeness and garnering what is needful, and bringing it back to work its strangeness and changes in the daylit world.

To that end, any tool or technique can be gainfully employed, if it’s used with skill and will. Witches might work ceremonial magic or attend Catholic masses, might dance ecstatically or meditate, might lay Tarot spreads or cast runes, might scry by birdflight or by traffic patterns, all as part of their witchcraft. The means aren’t important. What matters are the work, the will to carry it out, and the Otherness which makes it all possible. Without it, neither a shelf of goatskin-bound grimoires nor a closet of astrology-patterned scarves will hide the hollowness of your magic. With it, you can bend reality with a thrift-store kitchen knife and a birthday candle, or a tree branch and some spit.

So, what makes witchcraft, witchcraft? Otherness.

And that’s my final answer.

Until next time, dear ones, tread softly. ♥ 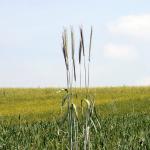 July 10, 2018
The Agenda I'm Advancing: Some Thoughts on Tolerance, Bigotry, and Discourse
Next Post 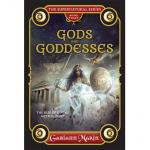 July 23, 2018 Book Review: "Gods and Goddesses: The Rise of Divine Mythologies" by Gabiann Marin
Recent Comments
2 Comments | Leave a Comment
Browse Our Archives
Related posts from Outside the Charmed Circle

2 responses to “On the Necessary, Ineluctable Otherness of Witchcraft”