Book Review: “Gods and Goddesses: The Rise of Divine Mythologies” by Gabiann Marin

My editor here at Patheos, the delightfully puckish Jason Mankey, seems to take an inordinate amount of pleasure out of certain aspects of his job. Among them is the disbursal of review copies of books from various publishers to his writers here at Patheos, in the hopes that we’ll be moved to review them on our blogs. I’ve happily done so myself, despite my misgivings about the downside of being on Jason’s gift-list. You see, when he sends a book he knows I’ll find interesting, he also includes something truly dreadful, something he knows will drive me nuts. It’s just him having a laugh, of course, and it’s all in good fun.

(I’ve still not forgiven him for that one book, though. He knows which one.)

With that back story, perhaps you can understand the heady mixture of delight and dread with which I opened my mailbox the other day to find another lumpy, book-shaped package from Jason. I opened it to find two books, and—plot twist!—neither of them was horrific! I was stunned! Was my editor losing his edge, or was he merely taking pity on me after the last delivery left me on the verge of a trembling cognitive breakdown? Hard to say, really, but I’m not looking a gift horse in the mouth1.

So, let’s talk about one of those books: Gods and Goddesses: The Rise of Divine Mythologies, Gabiann Marin’s mythological contribution to Rockpool Publishing’s “Supernatural Series” of books for young readers.

I’ve written before of my childhood love for books of mythology, most especially D’Aulaires’ Book of Greek Myths, and I’ve worked to pass that love along to my daughter. She’s kind enough to humor me, though her taste in books runs more towards horror than mythology. Still, she shares both my love of good stories and my desire to see the beauty of cultures around the world, which makes Marin’s work an especially timely arrival in my mailbox. The book’s contents are global in scope, ranging from ancient Egypt and West Africa to China and pre-colonial America. This is a nice change of pace from most kids’ mythology books I’ve seen, which never seem to get past Greece and northern Europe. I was also quite pleased that Marin chose to recount stories from each of the cultures she covered in her own modern voice, rather than merely giving a dry overview of each culture’s history and myth-cycle. Some historical background is included in each chapter, as well as tables outlining major figures from that culture’s mythology. Marin closes the book by slyly suggesting that the gods of these ancient cultures may well have survived into the modern era: “they are not lost to us, and we may still find wisdom in their stories, if we are willing to listen.”

This is a delightful little book, one clearly aimed at younger readers new to mythology, or who’ve just finished reading Percy Jackson and the Olympians and are ready to try a taste of the harder stuff. Everything about its presentation is attractive and inviting, from the trade-sized hardcover format familiar to Diary of a Wimpy Kid fans to the cover artwork depicting a Grecian hero-goddess one star-spangled bikini bottom away from dubious copyright territory, and the text is written in a friendly, almost conspiratorial style, as though your cheerful aunt with the really good candy were beckoning you over to give you some really saucy family gossip… and candy.

Gods and Goddesses is so sweet, so eager to please, that seems almost churlish to say anything negative about it. Sadly, my praise for the book is not unalloyed. It suffers from a few typographical errors here and there, as well as from some idiosyncratic renderings of mythological names. More importantly, though it suffers from an almost unavoidably reductive approach to mythology which, in striving to present all cultures as equally worthy of respect and value, negates the very real differences between those cultures and makes them seem somewhat interchangeable. It’s easy to sort and classify gods by their portfolios and powers, as though they were entries in a D&D book. It’s much harder to balance giving readers a sense of the gods’ context within their own cultures with their similarities to—and differences from—other gods from other cultures, and it’s immensely difficult to do so without veering into universalist territory. That Marin’s book attempts to do so at all is a credit to her. That she fails to entirely clear the hurdle isn’t an invalidation of her book but, rather, an indication of the difficulty of the task she set herself.

Still, it’s a fun romp through a variety of cultures from all over the planet, written with a good heart and best intent, and a tween could easily find far worse introductions to mythology. I enjoyed Marin’s book, and I suspect my daughter will, too.

Gods and Goddesses: The Rise of Divine Mythologies by Gabiann Marin is available now from Rockpool Publishing and Red Wheel/Weiser. 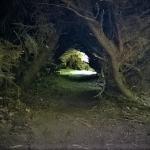 July 12, 2018
On the Necessary, Ineluctable Otherness of Witchcraft
Next Post 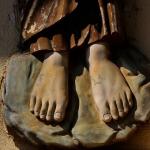 July 27, 2018 Washing the Clay Feet of Broken Idols: Confronting Paganism's TERF Problem
Browse Our Archives
get the latest from
Outside the Charmed Circle
Sign up for our newsletter
POPULAR AT PATHEOS Pagan
1

Autumn Is Coming, And Too Many...
Tea Addicted Witch
Related posts from Outside the Charmed Circle

Salt City Pagan: Facing the Full Truth
My expectations were very unrealistic as I approached Druidism. How to deal...
view all Pagan blogs
Copyright 2008-2021, Patheos. All rights reserved.