Every Dark Moon I give up more of what doesn’t serve me anymore. Every New Moon I accept willingly what is good for me now and moving forward in this incarnation. Slowly, some of the childhood memories I had are coming back to me. I value them as learning experiences. I have faith and trust in my Goddess Hekate as my guardian and guide. By finally acknowledging my magickal origins, I’m not afraid of going into my past in the Underworld for a visit now and then anymore!

Do you believe in spirits or ghosts? I do, having grown up in a haunted farmhouse in western New York State! So what is the difference between spirits and ghosts? Is there a difference? And how does Hekate fit into all of this for me?

I believe a spirit is a supernatural being, often a non-physical entity such as a ghost or faerie. Overlapping this is the sense of a soul. A spirit can also have a sense of being a ghost, a manifestation of the spirit of a deceased person.

In folklore, a ghost–also known as an apparition, poltergeist, spirit or wraith–is the soul or spirit of a dead person or animal that can appear to the living. The belief in the existence of an afterlife as a manifestation of the spirits of the dead dates back to pre-literate cultures.

In my opinion, there isn’t much of a difference between spirits and ghosts, as I’ve witnessed both at different times in my life. I had my first experience with a spirit, probably a poltergeist, when I was recuperating in the parlor of our farmhouse after I had my tonsils removed. I was about 6 or 7 at the time. I couldn’t see an apparition but I knew whatever it was didn’t want me in that room. The parlor wasn’t used much at all, mostly storage with a cot in there when childhood diseases like measles happened. The spirit literally scared me so much I spent the rest of my recuperation on the couch in the living room. I told my parents about it the next morning but they didn’t believe me. But then, they hadn’t believed I was a girl instead of a boy.

Several years later a different spirit pushed me down part of a stairway. It actually touched me, and told me to be careful where I went in the house. I didn’t get hurt, but it really scared me. The spirits were only in a few places in the house, most predominately in a hallway upstairs, what was to be my grandmother’s bedroom, and of course the parlor.

I was able to hear voices as well, sometimes just babbling. Other times a bit more intimidating. And when you hear, or see, windows opening by themselves, you start to really believe in spirits and ghosts. When I was around 10, I was helping my father take out the old fashioned sash weights in the window frames. I had told him that would make it easier for the spirits to open the windows. “Nonsense, you’re making all of this up” he told me. Since I didn’t want to deal with his physical abuse, I just kept my mouth shut. Growing up as a young transgirl in the 1940’s and 50’s was not fun!

That summer, my youngest sister’s twin, Beverly, was killed in a farming accident. My father turned the farmhouse and property over to my grandparents shortly thereafter. He got a new job with General Electric as a military contractor and the family moved to California. Without me. I was very fortunate to be able to stay behind, live with my grandparents and help them out around the property. By then, all the farm animals had been sold. My grandmother had told me she had seen Beverly’s apparition a couple of times, but I never did. I think the trauma of me actually seeing the accident when my father ran her over with a hay truck while I was standing in the haymow was too much for me to handle at that time. He hadn’t seen her running alongside the truck.

By the way, after we had taken those sash weights out, it did make it easier for the spirits to open some of the windows. Including in my grandmother’s bedroom right before she died. She had had a stroke and was in the hospital. My parents had moved back into the farmhouse shortly before she died to take care of her and my grandfather.  I had seen a ghostly image of my grandmother, who appeared beside my bed right before she died. The next morning my parents called me and told me she had died during the night. I  think her spirit went out the window. I flew back to New York but got back too late so I didn’t get to say goodbye to her. Wish I’d had a good broom to get back quicker! The next day, when I got to the farmhouse, her bedroom window was open, and my parents said they hadn’t opened it.

I still have dreams of that farmhouse and the bad memories of growing up as a transgirl there. I had suppressed a lot of the childhood physical abuse, and what had happened back then years ago. I hadn’t thought too much about them as I had mentally blocked them from my mind. When Hekate came into my life two years ago in March and chose me, a lot happened to let me get past some of those memories. It turned out that it really had to do with me experiencing Hekate in more ways than I ever thought I would.

I had been very apprehensive of the Underworld since I was very young. Call it fear of the unknown. Especially growing up with an abusive father who was a deacon in the Baptist Church. “If you don’t change your weird ways you’ll go to Hell” he would tell me when I misbehaved. When I started writing my blog articles,  Between Two Worlds, I discovered Cyndi Brannen, another Patheos writer and author, and her blog Keeping Her Keys. I started reading most, if not all, of Cyndi’s articles about Hekate, including Her as the Dark Mother, and more about the Underworld. The more I learned and read, my fear started to disappear. Last November I started taking a one year and one day course from Keeping Her Keys, An Introduction to Hekate’s Modern Witchcraft. It’s awesome!

It’s taken me most of my life to get past the fear of what I might find where I’ve never ventured before. I’m learning how to live with some of the situations and experiences that weren’t good for me. Some really bad choices. A few good choices, just not in marriages.  Here’s a really good blog article from The Starlight Witch you should read. It was an inspiration for me to write this blog article. Many thanks, Astrea!

So until next time, in the future.

(Above used with permission from Cyndi Brannen, with many thanks and love.)

About Brianne Ravenwolf
Brianne Ravenwolf has identified as a Pagan from a very young age. She is an active member of Circle Sanctuary in Wisconsin. She volunteers her time there helping at most Full Moon Rituals, as well as some workshops, Circle events, and Sanctuary work days. At Pagan Spirit Gathering (PSG) last year, she became the first Pagan Transwoman to have the Senioring Rite of Passage. She follows a Hekatean Witchcraft Spiritual Path. To relax, she likes to walk, camp, and hike as much as possible in very rural areas. Brianne is also an avid reader, especially young adult novels. You can read more about the author here. You can read more about the author here.
Previous Post 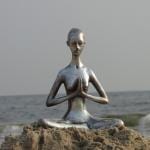 February 11, 2019
The Purple Spiral Turns: Mindfulness and the Hippocratic Oath
Next Post 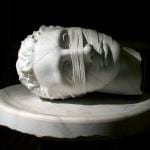 February 12, 2019 Radical Pantheist: Pillphobia, Ableism in Witchy Spaces
Recent Comments
0 | Leave a Comment
Browse Our Archives
get the latest from
Agora
Sign up for our newsletter
POPULAR AT PATHEOS Pagan
1