3 Pagans & A Cat: The Funny Thing About Definitions

Human beings tend to place themselves into categories. We do this as a way of finding those with whom we are comfortable or with whom we share similar viewpoints. We also use these classifications as a way of giving a basic introductory snapshot of ourselves and our beliefs (in thirty seconds or less) to people we meet. For instance, I might say “My name is Gwyn. I’m a Solitary Green Witch.”

In those few words, I’ve said a lot about myself while assuming you understand my definition of those words, thus believing you have a basic understanding of me. My meaning while saying “I’m a Green Witch” is designed to convey that “I’m an eco-friendly woman who practices witchcraft on my own without a coven.” Mind you, it’s bare bones information but even if the person doesn’t understand my “lingo”, they can ask questions based on that introduction where better understanding can be achieved.

Well, that is the hope when introducing yourself to another person.

There is just one small problem which tends to crop up in large, diverse communities such as ours. The words people use to define themselves, their traditions or beliefs can change over time as the meanings are adapted to make way for a new understanding.

For me, “Green Witch” means a person who has undertaken the study and practice of the magickal arts while trying to be eco-friendly and attuning with nature, the moon cycle, the seasons and the elements. This can include the practice and/or study of herbalism, various kinds of gardening, usage of essential oils in a variety of ways from health to spellcraft and making choices which lower one’s carbon footprint as part of life and spiritual practice.

However, someone who follows Ann Moura’s Green Witchcraft (as defined in her books) will likely have a path quite different from my own. They will include concepts to which I do not subscribe because Ann Moura’s definition of Green witchcraft is built both upon family tradition with a creed and rules of conduct as well as Wiccan principles. In my opinion, Green Witchcraft as described and taught by Ann Moura is best described as Green Wicca. However, if a person following Moura’s tradition wants to call themselves a Witch, then they are a Witch.

Dictionary.com defines witchcraft (from the British Dictionary) as “the art or power of bringing magical or preternatural power to bear or the act or practice of attempting to do so; the influence of magic or sorcery; fascinating or bewitching influence or charm.”

Sounds about right, yeah? The same source also lists the cultural definition of witchcraft as “Popularly believed to be the practice of black magic. Witches are known today as followers of Wicca, a Pagan nature religion with roots in pre-Christian Europe.”

And when Gerald Gardner founded Wicca the above definition of a Witch was true. His intent was to create a “witch religion,” so for many years Wiccan and Witch were interchangeable. Over time, however, people who practice witchcraft without adopting Wicca as their religion or spirituality, have changed how the words Witch and Wiccan are used when defining their path or that of a person practicing Wicca. Witch and Wiccan have come to define two types of practitioners in a large part of the community.

For some, the definition revolves around a person’s practice of witchcraft or whether their path is strictly devotional. For still others, the definition is rooted in the type of spiritual path the individual follows. If their tradition or path is Wicca-based then they are a Wiccan and as a result the cultural definition of witchcraft has not had the chance to catch up to the changes in understanding.

For many people, the words Witch, Wiccan, and even Pagan are no longer synonymous.

However, the words we use to describe who we are or what we believe, while useful, are not ironclad for all. Every person should have the freedom to choose what words best describe their path or claim the words used by their tradition. The trouble lies in not extending the freedom we want for ourselves to other people within the community.

Part of the problem is that we define ourselves in words. We tend to also put ourselves and other into boxes which can be confining. Our community, whether you want to call it Wiccan, Pagan, The Craft et al., is diverse and filled with people who are independent thinkers.

There is room for us all in this wide and diverse community without telling people how they should define themselves or their path. There is room for people in covens, groves, kindreds and groups who define their paths through their tradition as a religion. There are people, such as myself, who are creating individual, personal spiritual paths. There are some who honor the gods and some who do not. There are some who practice magick and some who do not. The point is there is no one right way to do, be, or say how we fit into such a large community.

Yes. We will still have to use the words we know. We will still address the “Pagan Community” but we should do so with the caveat there are many who define themselves in a different way and they are still a part of the whole. Words and definitions are funny things. They change, and we all scramble to keep up, but such change can cause a lot of friction when people get their dander up about what is or isn’t right about this or that or how this should be the law for all if it applies to thus and so.

You see what I mean? Lots of fuss and bother.

Let’s do something wild and crazy for the rest of the world and set the example. Why don’t we be the ones who respect each other’s descriptors about ourselves and our paths even though someone else’s may be different from our own. Let’s not tell each other we have to behave a certain way or cast a spell a certain way or do a ritual a certain way. We all have different words, views, traditions and ways of honoring our paths and deities (or not) however we choose to define it. Let’s be the ones that say “This is how a diverse community works together for the good of all.” 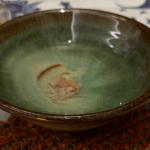 May 25, 2019
Druid in the City: Subtle Spirituality
Next Post 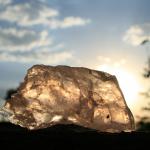 May 28, 2019 The Corner Crone: Altar Ego
Recent Comments
0 | Leave a Comment
Browse Our Archives
get the latest updates from
Agora
and the Patheos
Pagan
Channel
POPULAR AT PATHEOS Pagan
1

Channeling a God, or Why People...
John Beckett
Related posts from Agora