I’ve been packing for about six weeks now, five of those weeks with no idea of where I would be going. I only knew that we had to move for my husband’s career and that, wherever it would end up being, we’d have to be there by August 1.

In a year of far too many “learning opportunities” (who knew as a Crone I would have still so very much to learn?), the fertile quality of insights offered in the prolonged act of packing everything we own to go . . . well, SOMEwhere has not been lost on me.

So many things have been lost to me, but the months-long dampening of my reactivity at least allows me to recognize that Tower Times really do offer visceral, atomic-level, mapped-in-my-DNA-now-and-forever machete-whacks onto my heart, ragged gashes that can only be patched up with accepting personal change. Personal transformation.

I’m already wounded (and the hits just keep on coming!), but it seems that I have a pretty strong back and a natural chalice-half-full resilience. It’s hard to get to the place where you feel like you need to completely reevaluate who and how you are when you’re just so damn bendy. Dare I say “chirpy” (my mother once referred to me as a Pollyanna; she did not mean it as a compliment.).

But even I, a Wise Woman, a Seer, a person other people come to for insights and guidance—even pragmatic, utterly grounded me—can be broken.

And so I have been.

It’s as if Force Majeure energies have been acting upon me like some cosmic rock tumbler. I’m still essentially, at my core, the same person I was when I got dumped into the barrel, but I know when I endure all of the grinding from this inescapable grit I’m going to be different. Me, but not me. Or at least not me as I once knew myself. (“But you’re so shiny!” I imagine they’ll say, and I’ll be thinking, “I never wanted to be shiny; I was just fine as I was.”)

And so I am preparing for our journey, becoming my own Hekate as I decide what to leave behind and what to carry forward. Reminding myself that we’ve done this cross-country move two times already, and that I’ve got this. Re-energizing myself as my own guardian. Recognizing that, ready or not, these past seven months of my Hermit time are ending; ready or not (and I see it coming so I might as well get ready), here it comes. Another ending. Another beginning.

The house goes on the market in 10 days. Those of you who have staged houses for quick sale know that pretty much half of what is in the house has to be Someplace Else so that potential buyers will look at mostly empty walls and half-full closets and marvel at the amount of space there seems to be.

Half the clothes in the closets, gone. Nothing on the floors of the closets (really, nothing but furniture on the floors). All family photographs, gone. Half of the books, gone. Several pieces of furniture, gone. And all of my altars, my power centers, all of my talismans, my cauldron, all gone or hidden away.

We’ve rented a storage unit so it’s not all gone forever, and I recognize this is a thing I’m having to do in support of the greater good of getting the house sold quickly. I’m a realist; I know that a house festooned with pentacles and crows and black candles and a collection of pointy hats is a house that probably won’t appeal to the widest range of buyers, but it still feels like I am somehow not living into my authentic self.

I’ve been reading a lot about sovereignty of self, of self-ownership. This compromise, this hiding away of my altars so I “don’t frighten the horses”—if I were really as self-actualized as I think (and profess) myself to be, would I be so willing to hide all evidence of my spirituality? At what point does compromise, compromise made in support of my husband’s career (my main source of financial support), become self-abnegation?

On the other hand, religious persecution does exist and is expressed in a myriad of ways. Still, I can’t help but think that if I were Christian I probably wouldn’t think twice about keeping my crosses proudly displayed with no concern whatsoever about how that loud and proud proclamation of my spirituality might affect the sale of my house.

I packed my holy relics up yesterday. My altar to Hekate, which I knew would have to go; my kitchen altar to Brigid, which I had thought I might be able to keep intact (the Brigid’s cross looking oh-so-sneakily mainstream); and my shrine to my sister, the newest altar of them all. The house is tidy bordering on Spartan, a blank canvas for strangers to watercolor their dreams upon.

And a funny thing happened on the way to Sparta: in stripping my environment of my physical mnemonics I seem to have ignited their energies in my heart. For six months of I pleaded for my sister to make her presence known to me, praying at her altar several times daily. Now her altar is gone and I see and hear her in my dreams. Last night she was with my grandfather. She’s happy, or at least seems deeply contented. Safe.

I still can and do give thanks to Brigid without the external focus of lighting and honoring her altar; my thanks, I’ve rediscovered, has its genesis in my mindfulness, not in her altar. It’s just a thing. A thing that was imbued with positive energy, yes, but that energy came from me—and my altar may be gone but I’m still here. I’m still able to say “thank you”.

And always, Hekate. Does She miss her altar? Probably not. She’s a goddess; I can’t begin to comprehend the way She experiences the universe but I would guess that one less altar here or there doesn’t make that much of a nervermind to Her.

Without an altar to Her, am I less of a devotee? Nope. My spirit, my intellect, my intent reside in me, are directed by me. I am sovereign. Am I going to resurrect my altars as soon as I’m settled in the new place? You betcha. I love them, even though apparently I don’t have to have them. Who knew?

And so I seem to have learned an unlooked-for lesson about what I want versus what I need. I still want my altars. But what I need to connect with my deities, with my sister? I already have that inside. And it feels so shiny. 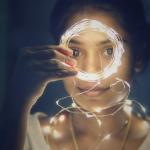 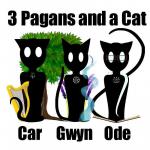 May 30, 2019 3 Pagans & A Cat: We Are 3 Pagans and a Cat
Recent Comments
0 | Leave a Comment
"This sounds really interesting. Thanks. I love witchy book reviews. Books are always a wonderful ..."
WildestSea The Corner Crone: The Hedgewitch’s Little ..."
"These are great gift ideas! Useful for any occasion."
WildestSea Phoenix Rising: Last-Minute, Easy Yule Gifts ..."
"I read an article about not giving gifts to adults at Yule and other occasions. ..."
I. H. Hagar Phoenix Rising: Last-Minute, Easy Yule Gifts ..."
"Such an interesting read!"
Patti Annelle Patten Pan-Celtic Hoofbeats: Horses of the Dark ..."
Browse Our Archives
get the latest updates from
Agora
and the Patheos
Pagan
Channel
POPULAR AT PATHEOS Pagan
1

Connecting to Gods for Whom There...
John Beckett
Related posts from Agora