Irish-American Witchcraft: Return of the Othercrowd

For several years now – probably back to at least 2015 – there’s been talk among some pagans in North America* about the noticeable upswing in Otherworldly activity here and an increased presence of the Other. It goes back before we started talking about it of course, and different people noticed it at different points and in different ways, but as I remember it, it was about 4 years ago that several of us started talking about and making note of the patterns. In the last year or so several of us have also started writing about this, including my friend Seo Helrune’s piece ‘Restoration Not Re-enchantment‘, and John Beckett’s ‘The Re-Emergence of the Fair Folk in the World‘ among others.

What we all agree on, generally, is that the Otherworld is increasingly more present and the beings of the Otherworld are more frequently seen and interacted with than before. These interactions have been both positive and negative and the people who notice what’s going on have been concerned by the patterns emerging. What used to be normal for many of us has been washed away and the initial surge was both baffling and uncanny. But as more and more time goes by there does seem to be a pattern emerging and perhaps a reason and goal.

A Bit Of Background

When this all began it was a phenomenon that was noted separately by various people across North America, particularly in the United States. Of course not everyone noticed and some people found the opposite was true, that they felt Otherworldly activity had decreased; there are a variety of possible explanations for this although I would tend to think it simply comes down to who and what people are most sensitive to. For those of us who did notice it eventually through social media we became aware that other people were also sensing something out of the ordinary and we started to compare notes.

This upswing in Otherworldly energy didn’t follow the usual pattern of energy in the year where things increase and decrease like the tide, rather it was notable precisely because it was at odds with the usual flow. Things peaked but then never reduced again, and when they would have naturally risen later in the year they did, reaching a new high water mark, to continue with the tide analogy.

People who had never before seen or experienced the Other here did so and people who were sensitive to the Good Neighbours and local spirits found sightings and encounters increasing in some cases to a concerning degree. Eventually after a few years of this it just became a kind of new normal and a couple of us wondered if there was something more behind all of this than a strange shift in energy.

This led to the theory supported by observations that the Other in the US was forcing its way back. The Other in this case being  a term we use for all Otherworldly beings of any culture, so that what we are seeing here is not only spirits native to the place but also ones that have come here with various migrating populations. People were seeing and experiencing a wide array of different beings, many of them mischievous or dangerous.

We can all take our own guesses as to why these beings were more actively present in this world although I agree with Seo Helrune’s suggestion in the article linked above that it was Christian dominionism that suppressed them, and I might posit that as that has weakened and as our human culture here has become more fractured it has allowed the ones driven out to start clawing their way back in. Whatever the reason behind it I think it is unlikely at this point that the energy shift is going to reverse – rather I suspect that it will level out at some point and this really will become our new normal.

The Return of the Other

In the last few years I’ve had this discussion with several people who I would judge to be experienced in witchcraft, paganism, and dealing with the Other. I’ve also had many people reach out to me, with increasing frequency over the last couple years, with problems relating to the Othercrowd or with what might be described as enticements from them. The Other are increasingly running up against humans in conflicting ways and also seeming to reach out and encourage humans, particularly witches, to engage with them and even commit to working for them.

This time, this energy, has been very unnerving for some people, depending on how sensitive they are to the energy or how it is interacting with them. Understandably the sheer uncanniness of it has also set people on edge. As we move into whatever this new normal is going to end up being and feeling like – and it will be different – people are tending to assume the worst. I think it’s important here given the topic to try not to assume the worst case scenario.

Yes things have changed and are changing. Yes the balance of power is shifting and the intensity of interactions are increasing. And yes I might argue that the danger that comes with the reality of the Otherworld is also increasing. But nonetheless we aren’t living in the plotline of a young adult novel and the odds are very slim we’re going to wake up tomorrow in a post apocalyptic landscape full of irate fairies.

Imagining the Other Returned

This doesn’t mean a fantasy fiction scenario with tangible fairies merging into our society or total human destruction but it does mean that when things stabilize whatever point the energy is at then will be where things stay. The increased sightings and experiences are only one thing that I would guess will become commonplace, as will the increased ability of the Other to affect humans. I personally suspect we may end up with a reality here that is closer to what it is like in other countries that never drove out their Other with the determination and tenacity seen here.  Although it may be worth considering that the ones who were driven out here are angry and we will undoubtedly have to deal with that anger and its repercussions.

While it may be easy sometimes to fall into thinking that where you live is the template for everywhere else the truth is that different places have vastly different ways to interact with their spirits compared to the average US person or even US pagan. Even some other Western countries have one up on us here, as I saw when a group of us travelled to Iceland. So a good guideline would be looking at what it’s like in those places and understanding how humans there interact with their Otherworldly beings and maintain good relations.

Iceland is a place that is fully enspirited and where belief in the Other while not publicly embraced is accepted. It is also a place, in fairness, with a smaller human population and a lot of wilderness and wildness. Visiting there provided a constant sense of contact with the Other and with the potential for interaction with them. There was good and bad with that and at least one time I saw something genuinely dangerous, but that I think is the truth of what it’s like to live in a place where the human world and the Otherworld are in balance. We don’t dominate and we aren’t entirely in control. Which is how it should be.

We are ultimately returning to a balance of the order between this world and the Otherworld, a balance we’ve lost a long time ago. For many humans this will not feel like balance at all but like domination by the Other or like a frightening incursion. It feels that way because humans here have been raised in an utterly humancentric view to think that they should always be the center of things and always be dominant.

Personally I encourage this return to balance, no matter how it ultimately manifests.

*I am only talking about North America here and largely although not exclusively the US. I am also obviously largely drawing on my own opinions and experiences and that of people I’ve spoken to about this matter. I have no doubt others may and will disagree. I encourage you to form your own opinions. 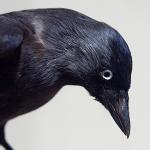 July 2, 2019
The DruWitch Way: Looking for Signs and Omens
Next Post 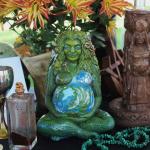