When Hekate first came into my life I knew very little about the Greek Magickal Papyri, much less the PGM Prayer to Selene, Artemis, Hekate and Persephone. I first wrote about Hekate coming into my life here:

That was to change last November 1st when I started my one year and one day class Hekate’s Modern Witchcraft. I had read a lot about Hekate before I started Cyndi Brannen’s online course. There are 13 lessons in total corresponding with the monthly lunar cycles. By the time lesson 8 arrived, I knew a little more about the PGM, and had learned a lot more. One of Cyndi’s comments from her critique from lesson 8 to me was: “This is so powerful. You are on fire. I hope you’ll share this in an article because the world needs to see how an ancient petition can be updated for our life today.”

I asked permission to write a blog article on what I wrote for the course, and Cyndi gave me permission to do so. I’m so grateful to Cyndi and Hekate to be in Hekate’s Modern Witchcraft course. If any of my readers want to know more about it go to Keeping Her Keys for more information.

The first part of the ancient PGM Prayer goes like this:

Who rides upon fierce-eyed bulls.
Queen, you who drive your chariot
On equal course with Helios,
You dance with the triple forms of the triple

Graces As you revel with the stars.”

In the class we were tasked to make a list of all the symbols contained in the PGM Prayer and choose a few to adapt to modern life. Including rewriting sections to be more meaningful in our modern lives. So I did, here it is.

I think a lot of these symbols can be adapted to the current political climate, although the original authors of this prayer might not have agreed, but then, Julius Caesar was a politician.

In this time in our lives, I don’t see some of this as positive, yet. But like over the centuries since The Greek Magickal Papyri was written, change is an everlasting battle between those few who have the power, and so many of us who don’t. Even Rome died, and was rebuilt. Those who don’t believe and read about history, are bound to keep repeating the mistakes of the past. I think these authors were way ahead of their time. This is my rewrite:

You are the warrior sent by the head of state,
Who armed your hands with terrible death.
Shaking the ground with the bombs,
Coming out of the jet fighter that you ride,
With a roar that deafens all who hear it.

Roaring out of the night,
Alone in your cockpit,
One in your own world,
Facing the fears of war and
Unleashing your weapons,
With flaming fire, bringing death.

He is the president, the ruler, who gives you,
The warrior, what he thinks you want,
To destroy his enemy, not yours.
With no remorse, just in his own power,
To corrupt those around him,
With promises of wealth and greed,
Not caring about anyone other than himself,
And his money and his golden throne.

You are the rebels, the outlaws, the witches,
Who with the others who follow you,
Will win in the end, rising up against
Injustice and the ones who bind us in chains,
Breaking those chains and bringing

Peace to all who worship our mother,
Gaia, Great Spirit, Matron, and World Soul.

(Above used with permission from Cyndi Brannen…with many thanks and love.) 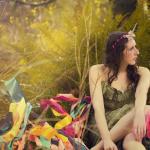 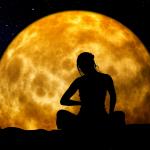 August 14, 2019 The Corner Crone: The Earth, The Air, The Fire, The Water
Recent Comments
0 | Leave a Comment
"Thank you for this nuanced and insightful response (and for reading!). So much work to ..."
Martha Kirby Capo The Corner Crone: How Do We ..."
"I always appreciate your very thought filled observations. This hits home for me: "I will ..."
Willow Rose The Corner Crone: How Do We ..."
"thank you for this. I agree with what you have to say and it is ..."
Ronnie Here Cross and Crossroads: Hexing for Social ..."
"Sadly there are some disturbing people in the pagan Community. We are a constitutional republic. ..."
Jesus Cross and Crossroads: Hexing for Social ..."
Browse Our Archives
Follow Us!