The Corner Crone: The Earth, The Air, The Fire, The Water

Some of you may be aware I’ve been trying to be mindful about how my Practice might adapt to my new surroundings. Miami is so very different from the other places I’ve lived (Texas originally, Iowa and Illinois more recently), and before coming here I was pretty obsessed with learning about indigenous peoples and current cultures. “I want to get this right,” I thought; “I want to be careful.” Controlled, intentional. Learned.

Turns out I was so focused on the details of my new region that I lost perspective of the larger landscape of my planet. I was so busy figuring out how to reinvent the wheel that I forgot that wherever I am is simply a spoke in the Wheel. Leave it to Gaia to set me straight!

I’ve written about how I’ve been visited (welcomed?) by fire and water in this month since the last full moon. Now, air and earth have joined the welcoming party. Over the weekend we had a lightning strike that took out some of our electronics. Classically lightning is not a primary element; it’s a combination of fire and air—but, you can’t have lightning without air. At that point we’d had a fire in the microwave and water dripping from the ceiling, so experiencing lightning as a representation of Air? Yeah, sure, I’ll accept that.

All that was left was a personal greeting from Earth . . . and then I realized Earth had already come to say hello; I just hadn’t made the connection. Until a local weather forecaster mentioned the effect a few days ago, I had forgotten that it is not uncommon for dust from the Sahara Desert to impact weather on this side of the Atlantic. That’s another thing that’s been happening around me these last few days. I simply had not noticed.

The ripples from the elements aren’t the only nudges I’ve been aware of since settling in; I’ve been having issues with keys as well. Those of you who are familiar with Hekate know that keys are one of Her symbols. This new place has a community pool available—by key—to the residents. My key worked once and then refused to budge in the lock.

A trip to the property management company fixed that problem, though I have to say that when I compared the new key to the old key none of the cuts between the shoulder and the tip matched. The two keys are even noticeably different lengths—so much so that the original key shouldn’t have worked at all.

Finally, the gate to exit the development, just a few doors down from where we now live, conked out (gates are also associated with Hekate). It was repaired a few days later, and my husband’s electronic gate card once again worked but mine . . . . did not.

I took the rational (mundane) action of emailing the property manager—who by now I’m pretty sure knows me by name if not by sight—to report the issue. Turns out he was told that some of the key cards might not work post-repairs; I gave him my card number to re-enter into the system, but for good measure I also put my card with the other keys on my altar and asked for some positive energies.

But sometimes it’s not all about me; well, let’s face it, most of the time it’s not all about me. Witchcraft is about power, at least in part, and that can be very seductive to folx who have felt disempowered for any length of time. When we slough off the shackles of meeting other people’s expectations about how we should be—what prescribed roles we ought to be inhabiting—it can be a heady experience.

We feel free—free to speak our truths with our sassy mouths, to poke our too-bold tongues out at authority. Free to be unconventional not simply for the sake of being unconventional, but because we love ourselves as we are no matter how we are and by All that’s Holy we don’t give a fat rat’s patootie about what anybody thinks about us anymore.

If I believed I could control the weather, I’d be putting energy toward that enterprise instead of writing this afternoon, and I’d more than likely be frustrated that my spell “didn’t work”. But I can work within the rules of nature, watching the clouds, tasting the air, paying attention to the wind and holding my ritual between rainstorms. Yes, weather modification may be possible in a laboratory setting, but it’s not a particularly achievable goal for most of us, witch or not. (Note that I am not talking about climate change, which almost 100% of climate scientists agree is the direct result of deleterious human activities.)

So, it could be I’ve been a little too self-absorbed these past few weeks, counting the rings on the palm trees instead of stepping back and seeing that I’m in a grove. Before I moved here I was all about changing up my rituals to fit in with my new environment, an environment I had yet to experience. But change without understanding context is simply aping.

Victoria Erickson writes, ““Don’t dismiss the elements. Water soothes and heals. Air refreshes and revives. Earth grounds and holds. Fire is a burning reminder of our own will and creative power. Swallow their spells. There’s a certain sweet comfort in knowing that you belong to them all.” I would also posit there is a nagging discomfort when your relationships with the elements are out of alignment, as mine have been.

And maybe that’s what all of these virtual head-slaps from the elements have been trying to tell me. Don’t be so quick to jump into change simply because I’ve put that expectation on myself; instead, live into the environment for a significant amount of time, certainly more than a month. Try not to muscle myself into a preconceived mold.

Instead, ease past the shock of immersion. Lean more into intention and less into control. Inhale deeply and savor great, slow, wet lungfuls of air. Exhale slowly and mindfully.

And take time to discover my new rhythms, which may not end up being so new after all. 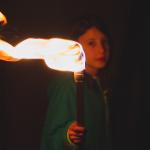 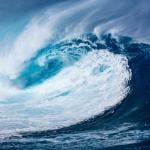 August 17, 2019 Of Light & Shadow: Meeting Hekate Einalia
Recent Comments
0 | Leave a Comment
"In a lot of ways, Animism is a direct opposite of the concept of "Sacred ..."
Kyllein MacKellerann " The Balancing Path: Elemental Spirit and ..."
"very interesting. love hoe you include exercise to help in understanding/practice"
Ronnie Here The Balancing Path: Interconnected Elements (Fire, ..."
"I'm discovering that my therapy and my shadow work are virtually the same thing."
Badgergrl 3 Pagans & A Cat: There ..."
"Appropriate that when I see your name in text the letters blur and I see ..."
Badgergrl Between Two Worlds: Relocating During Covid-19
Browse Our Archives
Follow Us! 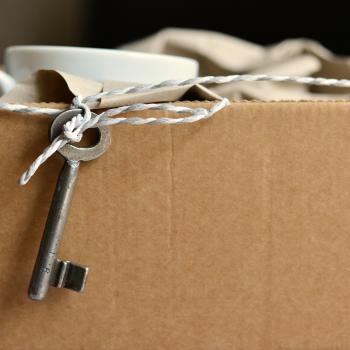