What is Dark Magic?

Black and dark are not synonyms for bad. In a piece titled That Old Black Magic: Getting Specific about Magical Ethics, author Judy Harrow explains how the usage of these terms is problematic.

“Saying ‘black’ when we mean ‘evil’ is nasty nonsense,” wrote Harrow. “In the first place, it reinforces the racist stereotypes that corrupt our society. And that’s not all. Whenever we say ‘black’ instead of ‘bad,’ we repeat again the big lie that darkness is wrong. It isn’t, as people who profess to love Nature should know. Darkness can mean the inside of the womb, and the seed germinating within the Earth, and the chaos that gives rise to all truly new beginnings. In our myths, the one who goes down to the underworld returns with the treasure. Even death, to the Wiccan understanding, is well-earned rest and comfort, and a preparation for new birth. Using ‘black’ to mean ‘bad’ is a blasphemy against the Crone.”

Traditionally, people use these terms to refer to negative or unethical forms of magic, generally spells that impact the free will of others, spells meant to cause harm, spells to restrict or control the actions of others and spells that involve invoking spirits traditionally seen as negative. Yet it’s not always so easily cut and dried.

What is Unethical Magic?

As with any type of magic, the intent is everything. Let’s go through some specific examples and examine the ethics involved.

Person X casts a spell to bestow career success and financial stability on their unaware friend.

Obviously here the intention is positive, so I would expect the energy Person X receives back and the spell’s results to be relatively positive. Still, some say it is wrong because Person X did not get consent from their friend, infringing on their free will. The specifics of the spell also matter. Did person X wish their friend general career success, or did person X focus on a specific career, potentially ensuring their friend will only gain success in that specific career, one they may wish to change?

Person X, after seeing pictures of their ex on a date, casts a spell to make their ex come back.

Even if the intention is to bring them both happiness, the nature of this spell is very manipulative. Many people question if it is even true love if you hexed someone to fall for you, and it would seem the intent of this spell is rooted in jealousy, which would not yield positive energetic results.

Let’s say person X is feeling extremely depressed, like they can’t live without their ex, and desperately casts this spell to make life more enjoyable again.

It’s still manipulative, but the intention is not to cause harm. Using magic, in this case, would be irresponsible, not necessarily evil or bad.

Person X casts a spell to cause harm to their ex after they broke up in a trivial fight.

Clearly, the intent is negative and done in anger in this example. For me, this is the definition of unethical magic.

Person X casts a spell to cause harm to their ex, who sexually and emotionally abused them.

Again, there are often blurry lines between what magic is considered negative and what isn’t. In cases like these, the use of magic to inflict pain is very understandable and relatable, but that does not make it ethical. In these cases, I don’t wish negative karma on the spellcasters, but I fear it may be an energetic consequence of their magical actions since they are based in revenge. Of course, this is no comparison to the karma the abuser will face. And to be clear – abusers always deserve to suffer consequences.

I feel like I wrote this example to challenge myself. This is another case where I understand the intention and the anger behind it, but believe the energetic consequences might be severe. Would his death prevent the deaths of countless others? Is the existence of a mega-powerful billionaire class inherently evil and violent? The answers are yes. So, it’s about intention. Is the intent to cause immense suffering to the billionaire – understandable, but again based in unethical revenge – or to liberate the people he exploits?

Person X casts a spell to bind a person’s ability to buy the house next door because Person X prefers the silence.

Spells like these are self-serving and petty. Person X’s desire for silence is not more important than others’ ability to find a secure home. An empty house should not go to waste in a world with so many homeless people.

Person X casts a spell to bind the actions of a well-known billionaire war criminal.

The intent of this spell is not to cause harm, but rather to prevent those in power from causing or contributing to harm. Binding spells placed on dangerous individuals in the name of safety are extremely reasonable. Even though they infringe on free will, I support mass political binding spells and don’t believe they should cause much, if any, negative energetic repercussions on spellcasters.

This is unethical because it endangers any innocent bystanders and is the intent is inherently self-serving at the expense of others.

Again, some revenge is petty and some is born of valid anger, but I would say this is still textbook unethical. I understand and support why Person X would want a spirit to seek revenge on a rapist, even though it could create bad karma. Seeking revenge on a mean coworker is clearly wrong.

Person X invokes an aggressive spirit in order to study it and adequately contains it.

For me this is ethical. There is no malintent here. Metaphysicians have interacted with all sorts of spirits for ages, and it’s how they learn.

Person X invokes a violent spirit to ward off hexes or viruses.

While this can be dangerous, I wouldn’t call it unethical. The actions here only affect Person X and are not intended to cause harm.

These examples demonstrate just how blurry the lines are between what one considers positive and negative magic, and why lumping several types of magic together under the title “dark magic” is problematic and inaccurate. When doing any task, it benefits to ask “what is my intention?” and “what are the consequences?” 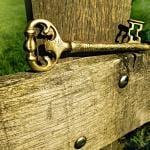 September 23, 2019
Magick IRL: Who Needs A Window When You’ve Got Rexipyle?
Next Post 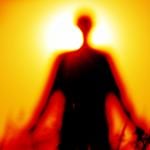 September 26, 2019 Magick IRL: The Radio is Suddenly Speaking to Me
Recent Comments
0 | Leave a Comment
Browse Our Archives
get the latest updates from
Agora
and the Patheos
Pagan
Channel
POPULAR AT PATHEOS Pagan
1

What Kind of Witch Do You...
John Beckett
Related posts from Agora