Magick IRL: The Radio is Suddenly Speaking to Me

One good thing about music, when it hits you, you feel no pain

I’m a music kind of guy. It drives my husband crazy. I get in the car, and before I can go anywhere, I have to get the music started. I’m eclectic, I like a lot of stuff so I can go H.A.M with Kanye West or kick back and chill to The Shins. I can rock out to Tool or sing along with Taylor Swift. I love Nina Simon as much as Nirvana and Beyoncé. There really isn’t a limit to my taste. Because of this, my saved music on my iPhone is incredibly diverse.

When I’m driving down the road and I have my shuffle on, I like to pay attention to what starts to play. With so many musicians and types of music, it’s rare that the same style or artist will play twice in a row. Not always, but sometimes a message comes through. It’s as if the spirit, or source, or whatever you want to call it, is speaking to me. Channeled through my iPhone, into my car speakers, and directed through my ears to my brain.

Think about those days we all have; you know the ones. Nothing is going your way, everything is a mess, and you’re getting real down on yourself over all of it. Then, you get in the car, crank up the engine and Bob Marley’s Three Little Birds is playing on the radio. The first words you hear are “Every little thing is gonna be alright”. Can you honestly deny the magick in that moment?

And you can tell everybody this is your song

I struggle with depression. It isn’t a sin to experience this so I can openly say that things get pretty low for me sometimes.  It wasn’t that long ago that I had a fight with my mother while she was in town visiting. The day after our fight I was deep in my feelings about the whole mess. The more I thought about it the more I just didn’t want to exist.

I prayed to Hekate, I asked for release from this mortal world. I begged to escape this life and to finally move on. And I got an answer. It wasn’t one I expected. Yeah, you guessed it, it came in the form of a song on the radio.

I was still working construction at the time. It was the end of the day and when my coworker started up the truck, he turned on the radio. The first song playing was Marilyn Manson’s Beautiful People. Nothing remarkable there, but the next song that came on was Led Zeppelin’s D’yer Mak’er. You might not know the title but if you heard the song, I bet you would know it.

It was as if Hekate answered me saying, “Don’t go, I love you.” But why did this song stand out for me? The Manson song before it meant nothing, and the Everclear song I Will Buy You A New Life afterward left me unfazed as well. So how does this mundane, everyday occurrence of a song on the radio differ from any other time?

When I receive a sign or message from beyond the physical world, I tend to have a rather physical reaction. This is often in the form of a sort of tingling at the back of my neck. It’s like the hair stands straight out from every pore. In those moments I’m aware there are bigger things than I can imagine at work.

I suppose everyone has a different reaction to spirit communication. I can’t say for sure because obviously I don’t know everyone, nor have I ever taken a poll on the matter. What I am certain of is that when two spirits communicate there is definitely a thing that happens.

For me, when I get the tingle where my head meets my neck, I know that I’m in touch with a realm outside of my own physical form. This is my indicator. My Claircognizance works in this way as well. I don’t get the tingle for any old song or reason. When I have this reaction a very real thing is happening. This is why I knew the Led Zeppelin song was for me.

We are spirits in the material world

Picture yourself as non-corporeal. You’re just a spirit or energy, floating through walls and blowing through the leaves in a tree. You’ve got no body so, you know, you can pretty much go anywhere, do anything. Then let’s say one of your descendants is facing some sort of situation. Maybe they are calling out and begging for guidance.

You want to help; you feel compelled to in fact. Perhaps that’s just part of your purpose now. So you reach out. Maybe you plant an idea in their head, or you put off the scent of your perfume. You’re playing into whatever their form of clair senses responds to.

It could be they don’t have a clair sense; either it’s undeveloped or they just aren’t paying attention. Regardless, you recognize the need for a more mundane approach so you, in all your vast etherealness, affect the material world. Time and space don’t matter to you in this other-realm, so it’s no big deal to get the right song to play at the right time.

Now imagine you’re you, the physical you. You’re hearing the song that your ancestor, or whatever, has manipulated into the world in order for you to hear. That reaction you have, whether it’s hairs on your neck or your gut dropping, that’s two spirits communicating.

It’s like your energy recognizes that another energy is at play here. Because we humans are so small compared to the bigness of everything; we need to have some form of indicator that tells us, “Hey, this thing that’s happening right now is real”. And so that manifestation of physical reaction alerts us. It reminds us that we are not alone.

I’m still a part of this human race

Before magick and witchcraft, I was aware of this feeling. I knew there were moments when songs spoke to me. I could tell the difference between a true sign or symbol and a random coincidence. But with magick on my side I know more clearly what is likely happening.

Let’s face it, being human is hard. We are stuck with emotions, insecurities, and flaws. Even the best, most enlightened of us fall short of perfection. Every one of us fails to keep our composure sometimes. And hey, that’s okay. It’s called the human condition for this very reason.

But isn’t it great knowing that, despite being these flawed, fleshy things, we have a little help in the world? How fantastic is it when you have a spirit communication that reaffirms that you aren’t alone? And consider for a moment that this is all part of the great design. Isn’t it wonderful?

So the next time you hear a song that randomly answers a question for you, don’t take it for granted. Take a moment. Check in with your body. See if you can identify if and how your body is reacting. Is it guidance you’re receiving? If so, remember to be thankful. 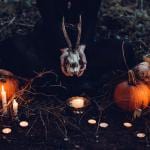 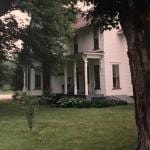 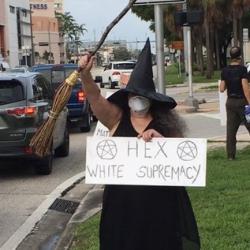 Pagan
The Corner Crone: A Witch Showed Up to...
Agora