Pumpkin Faces in the Night

I get it. We’re Witches. Everyone loves Samhain. But I’m not Celtic and honestly, I don’t really do the whole Wheel of the Year thing. I have no issues with any Pagan out there who celebrates Samhain, Yule, Mabon, Lammas, or the other four Pagan holidays. I get it. You do you, Witch. For me those things aren’t important.

I know this might make me a heretic in the eyes of some die-hard Pagans. I don’t care because anybody’s opinion of my practice is not important to me. Good or bad, either way, I’m not practicing for you, them, or anyone other than myself. And that’s okay too, because I’m going to do me, Witch.

My point is this: I’m calling it Samhain for the purposes of the audience when I use the term. I get the whole magick behind the night. I’ve always gotten it. But January first is the beginning of the year to me. I’m not the child Haley Joel Osment; I’ll never be telling Bruce Willis, “I see dead people”. So a thinned veil, well, that doesn’t affect me either.

This night, the one before Halloween, has always been a restless night for me. As a child, I was excited to wear my costume to school the next day. I was hopped up on candy I hadn’t even received yet. And I was wild with antici…pation knowing Rocky Horror Picture Show would be playing on our television the entire next night.

But the best part to me, even now, is the pumpkins. My boys think I’m crazy for getting excited about it. They don’t seem to understand the magic of that light shining through a carved gourd. But it’s okay because the magic is placed there in carving the pumpkins together.

Up north where I’m from it would be chilly as we set out to collect our treasure-trove of chocolates. The leaves would twirl in their descent to the ground as we ran from house to house. This year in South Carolina it’s unseasonably fall-ish right now. Trees have changed color early this year and I’m wearing a hoodie when I’d normally still have a sleeveless shirt on. To me this is romantic.

I love the fall, when everything is ending its cycle. I adore the idea that soon most plants and animals will rest for the winter. I thrive on change so a change like autumn is empowering for me. And I get it. I understand why so many Pagans love this moment. The third harvest of the year. That last moment of life, picked and plucked in order to provide sustenance for the winter. I do, I get it. There is power in that moment. I just acknowledge these things on the equinox and move forward.

I’d be a charlatan if I were to present myself as having a connection to Samhain itself. Yeah, I’ve been drawn to witchcraft most of my life. And yes, October 31st has always meant a lot to me. But the two do not intertwine. They aren’t members of the same team for me. I’m an American, raised in a Catholic house. Samhain wasn’t a word to me until a few years ago and even then it wasn’t a day, it was the name of Glen Danzig’s second band.

I have this friend who lives in Ireland. I envy him for it because I’d love to live there myself. He told me recently that there are bonfires everywhere on Samhain. We had a conversation about the origin of the word bonfire coming from the bone fires the Celtic would build on this day.

Nowadays I live on a good-size property off in the country. So a bonfire on Halloween is pretty commonplace. But then again, bonfires all fall and winter long are just as commonplace. And guess what, there’s magic in those too.

That’s the thing: so many Pagans focus in on Samhain and that’s great. But what about Halloween? I’m sure not all Pagans all over the world were raised celebrating Samhain. I’m willing to bet a lot of them, like me, grew up just as excited about Halloween as I am. But all I see are Pagans talking and writing about Samhain. I have personally seen a lack of mention on the word Halloween.

I guess what I mean is, it’s great that witches everywhere are super hyped about this day. But have they forgotten that both magick and magic can exist in the same moment? Why isn’t anyone acknowledging the magic of this holiday? Have we grown into such wise Witches that we have forgotten the childlike wonder this day used to bring to many of us? If so, are we really that wise?

Little Dead Are Out in Droves

I know Halloween is celebrated in countries all over the world, as is Samhain. But what about Día de los Muertos? I feel like I know a lot of Latinx witches but I don’t see anything about this holiday either. I believe that we are narrowing our scope as Witches. Perhaps even proscribing dogmatic sensibility to this one day when we aren’t recognizing all the other traditions this magic day holds.

And how many of us honestly are genetically Celtic? Or only practicing specifically Celtic magick? I mean, again, I don’t care what you practice or how. It’s not my business. All I’m saying is I’ve never honored Samhain, I’m not Celtic and I don’t know anything about it. What I do recognize is Halloween. It’s my tradition.

This year and every year I won’t be doing magick and contacting spirits on October 31st. If you are that’s awesome. I support you in doing that. But me, I’ll be making magic and handing out candy. I remember Halloween. That might not be very witchy for a lot of people, but I have a whole year to do all the witchy things. I remember Halloween. I’ll play tricks on my kids. I’ll instill the traditions that were instilled in me because I remember Halloween.

The soundtrack to this article is Halloween by the Misfits. 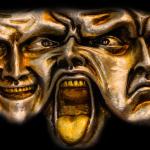 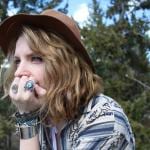 October 31, 2019 Druid in the City: Worrying About the Wrong Things
Recent Comments
0 | Leave a Comment
Browse Our Archives
Follow Us!