Spirituality can end up affecting the way we live our lives, both due to sacred prohibitions within a tradition and also similar things a person might take on due to personal experiences. While traditional prohibitions are discussed more often, I think it’s important to understand the way that personal gnosis can also directly influence us. Spirituality can affect our lives with the voluntary taking on of spiritual prohibitions or directives, which may be related to our spirituality in a wider sense or may be specific to us and come from an initiation or intense spiritual experience, or through having these prohibitions placed on us by outside forces.

We see personal prohibitions or directives in many different religions including mainstream monotheistic ones, particularly around food where a religion might declare a certain food off limits for followers of that religion, or in turn might require the consumption of something. In historic Irishpaganism these prohibitions and directives would be called geasa (singular geis), although it should be understood that the word geis is layered and has other aspects to it as well. Geasa can be looked to as a model to understand the modern concept though, particularly through their permanence and the consequences of breaking one which were severe. In other traditions and religions spiritual prohibitions were also often for life although the consequences for breaking them vary greatly between different groups.

My main understanding of spiritual prohibitions comes through my study and understanding of Irish geasa although I am cautious about applying that term freely to any modern prohibitions. I also tend to avoid the word taboo, more properly tabu, even though its use is widespread now because I am not confident enough that I understand the actual contexts and layers of tabu in their source culture; without that understanding I’m not comfortable using the term.

I stick to prohibition instead which I feel still conveys enough of the meaning I intend. I’m aware that other traditions also have these prohibitions and can draw loose parallels but I don’t understand them well enough in other cultures and traditions to speak about them here. I will say before we get further into this discussion that the penalties for breaking a spiritual prohibition seem to be dependent on how the culture in the discussion contextualized the  prohibition, with some seeing breaks as fixable with minor corrections or amends and others seeing breaks as insurmountable and with unavoidable consequences.

Looking At the Irish Material

Looking through a historic lens at the Irish concept, a geis is something that you either must do or must not do in order to maintain your luck and health, and breaking a geis means certain doom usually orchestrated by Otherworldly powers. We can find a wide array of examples of geasa in Irish mythology from those placed on kings when they took the crown to those of a more personal nature that might might be given at birth. Geasa are never, in stories, taken on by a person but are always placed on a person by an outside force or power.

They also in many examples relate to an individual’s spiritual connection to an animal, other being, or group; we see this in Conaire’s geis not to hunt birds to whom he was related through his Otherworldly father, Cu Chulainn’s not to eat dog meat since he was connected to that animal through his name, and Diarmuid’s not to hunt the Otherworldly boar that his fate was bound to. Some people argue that geasa only apply to kings, heroes, and other very rare important people based on the examples we have from mythology but I think there is a strong argument from folklore that the idea behind geasa was applied to many people across demographics in different ways.

My understanding of spiritual prohibitions in the modern world is based on the underlying concept of something that must be done or not done to maintain one’s luck and health remains. Yeats and Lady Gregory both describe friends of the fairies or people whose lives are heavily entwined with the Good Folk as being bound in various ways by prohibitions which manifest in the way they live their lives.  In Yeats account this is described as specific habits and dietary restrictions, such as not drinking alcohol or eating meat, which were strictly adhered to and had clear spiritual overtones.

In the same way we see various anecdotal accounts of people who were compelled by the Good Folk to go with them at specific times, which may also reflect a type of prohibition, in the sense of something that must be done to ensure continued luck or health. Cultural or communal prohibitions, such as not disturbing fairy mounds, also argue for a wider application of this concept.

In modern spirituality a person might acquire such a spiritual prohibition when they achieve some type of initiation; for example when I became a priestess of the Othercrowd I was given a prohibition not to cut my hair. Interestingly I know several people who have a similar prohibition against hair-cutting for different spiritual reasons in paganism some of which are also prohibitions the person credits to a deity.

Spiritual prohibitions can come from the person initiating you, from the Gods in whatever form you feel such messages come, or may be a standard thing in your tradition for that type of ceremony. Becoming a priest or priestess in particular often seems to come with a sacred prohibition or prohibitions for people, either as a standard of that level of practice or specific forms through divination after the initiation.

A sacred prohibition can also come in the modern world through pure personal gnosis, although I will caution here that in these cases because of the gravity of these prohibitions I always recommend double or triple checking the message. This can be done by asking a neutral third party – someone who has no stake in the answer – who is good at divination or channeling to see if they get the same or a similar message.

To use myself as an example again (because I don’t like using other people as examples without permission) I also have a prohibition from Themselves not to enter into a Christian church or any place where active Christian worship is being conducted*; as I have no dispute with Christianity myself and this prohibition would inevitably impact various areas of my life I was careful to get it verified before accepting it as genuine, which meant going to different people for divination.

People may have prohibitions through personal gnosis that could include an array of different things but the most common ones I have seen or heard of relate to food, drink, hair, or the need to always do or say something specific at certain time or place.

One of the key aspects of spiritual prohibitions, as I understand them, is that they are permanent, either for the person’s lifetime or for the length of time they serve the role they are taking on, i.e. if you are a priest of a deity and have a prohibition based on that role then you would carry it as long as you serve that role. Looking at the Irish geasa we see that except where they are specific to a role, like kingship, they were for life and once in place remained in place until the person died.

This is an important factor to bear in mind as one does not simply decide to ignore or discard a genuine spiritual prohibition on a whim or because it becomes too difficult. If one has a restriction against doing a thing or a requirement to do a thing then there isn’t a way to opt out of that without facing the consequence of breaking the prohibition.

Building on that, spiritual prohibitions are usually understood to have consequences if broken. In the Irish material and the Irish-American folk belief these consequences were serious and often irreversible. For example to damage a fairy tree could result in death; to speak ill of the Good Folk might bring madness or death. In the myths people who had these prohibitions would find all their luck turned against them and their doom sealed. In modern contexts the result of transgressing may vary more and not always be as serious depending on the prohibition, but there would still always be a consequence and reparation could be difficult or impossible.

Because of this permanence and the serious consequences for the person if they are transgressed, spiritual prohibitions should not be taken lightly or viewed as something to jump into getting.

Sacred prohibitions in the modern world are not a subject we discuss often, nor are they an aspect of modern spirituality that is usually focused on. Yet the core idea of having a spiritual prohibition or directive is not uncommon in my experience and is something that I not only have myself but also that I know many other people have.

These prohibitions or directives can impact a person’s life in ways that may include social aspects, and I think for that fact alone it’s worth wider understanding and consideration. If we can respect that certain larger religions have adherents who don’t eat certain foods or must wear certain things for spiritual reasons then I think we, as a wider community, can be more understanding of the various spiritual prohibitions that appear within our own communities.

*I have my suspicion as to why this is, and I think it relates to a long-standing animosity between some of the Daoine Maithe and the new religion. Emma Wilby discusses some aspects of this in her book Cunning Folk and Familiar Spirits but it boils down to the way the Church tried to demonize the Good Neighbors, and the way that hostility became two-sided over time. 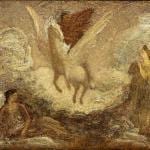 November 8, 2019
Pan-Celtic Hoofbeats: The Birds of Rhiannon
Next Post 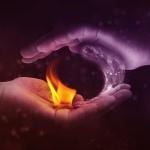