Pan-Celtic Hoofbeats: The Birds of Rhiannon

Silly me. I’ve been puzzled by some personal gnosis to do with Rhiannon for ages, because it doesn’t quite fit what I was thinking of as Her story. Most of my readers will know Rhiannon’s story in the First Branch of the Mabinogi. That’s the story where she comes riding into the kingdom on Her mysterious white horse, marries the local leader, gets Her baby stolen, gets punished by being made to act the role of a horse, but it all turns out okay in the end. There is a more coherent look at that story in this blog post, and a full re-telling of the myth in a series of videos I made, starting here. Or you could just read the actual myth here.

Some of you will also know how Her story continues in the Third Branch – which involves a lot of magical stuff like the disappearance of an entire kingdom. You can read that one here, or my complete re-telling of it here.

But it’s in the Second Branch that my answer came. That’s the one where King Bran marries his sister Branwen off to the king of Ireland, things don’t work out and there’s a terrible battle between the Irish and the British in which nearly everyone dies. Bran is mortally wounded, so he instructs his surviving friends to cut off his head and take it home. The head, however, is still awake and talks with them. They go to a magical, otherworldly island where they seem to be suspended in time and space. There they feast, drink, entertain one another and generally try to recover from the tragedy and destruction they have lived through.

This is a rich and interesting episode, made more wondrous by the mention of three magical birds who sing to them – further soothing and healing them. These birds are described as being at a point far distant from them, out over the ocean. They can just see them out there, and yet the sound of their beautiful singing sounds as if they are very close by. In case you haven’t heard, these are called “The Birds of Rhiannon.” In the text of the Mabinogi, there is absolutely no explanation of this, or what the birds have to do with Rhiannon, nor does Rhiannon have anything else to do with that story. Which is probably why I didn’t pay much attention to them.

The birds of Rhiannon also get mentioned in another Welsh tale – How Culhwch Won Olwen. Here, they play no part in the action of the story, and Rhiannon doesn’t either, but it is mentioned that they can both lull the dying to sleep and awaken the dead. There may be some lost lore about these birds, but who knows? Both of these references point to soothing and healing properties. I’ll explain why that’s important to me.

When I started reaching out to Rhiannon, quite a few years ago, it had been suggested to me that She would help me heal my third chakra – which has to do with standing in your own power. I was dubious about both Rhiannon and about chakras, but I gave it a try. After some tentative dabbling, I sensed I was on to something, and I wrote a little prayer, that became part of my daily devotions – and still is. I didn’t want to get overly focused on just one chakra, so this involves all seven.

Queen of the Land
Great Mare of Sovereignty

Teach me to speak the truth
With honesty and compassion

Teach me to see the truth
Seeing both far and deep

I imagine you can see that going up through the seven chakras, so I won’t elaborate.

What with the risk of being accused of fuzzy new-ageyness for even mentioning chakras in the same breath as a Celtic goddess, and my own struggle to see the connection between Rhiannon and healing, I didn’t share this for a long time. Over the past year or so, the prayer has morphed into something I do while drumming, which I did write a bit about in this post. A few months later, as Imbolc was approaching, and I was busy writing about Brigid (whose healing connections are widely accepted) I got an “out of the blue” type message from Rhiannon, telling me that She was more like Brigid than I realised, and that She loves the little healing springs.  I believed Her (of course) yet I still had a niggle because I couldn’t place this healing idea into Her story. I’m like that. I might be a woo-woo mystic, but mysticism needs checks and balances.

My greatest woo-checker is myth. If I have a puzzling experience with deity, and it turns out that there is something in their story that fits with it, then I trust it more. Of course, there are other ways of checking things – historical, folklore, other people’s gnosis. (And other people had agreed with me about Rhiannon and healing, already.) Still, I was happy to finally see how this source reference had been there all along.

This also confirmed for me the value of re-reading the myths regularly. You will never get all the marrow out of the bones of myth in one sitting. It also reminded me of the importance of discussing this stuff with other people who know the myths well. I was sitting in one of Gwilym Morus-Baird’s classes on the Mabinogi when this hit me. Why? Because I was in a discussion which happened to take a slightly different focus than I would have instinctively taken. There were no new facts. No texts I hadn’t read a thousand times before – just a slightly new angle. Sometimes, that’s all it takes.

Kris Hughes will be offering an online class entitled Introduction to Celtic Myths and Deities, starting in November. You can also support her work on Patreon. 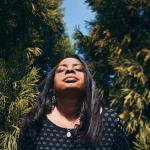 November 5, 2019
The Balancing Path: Many Ways to Perceive Energy
Next Post 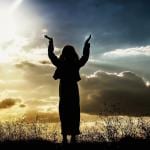 November 9, 2019 Irish-American Witchcraft: Spiritual Prohibitions
Recent Comments
0 | Leave a Comment
Browse Our Archives
get the latest from
Agora
Sign up for our newsletter
POPULAR AT PATHEOS Pagan
1