Simple Witchery: You Are What You Think

Simple Witchery: You Are What You Think January 19, 2020 Willow Rose

The Magick in Positive Mindset

You are the combination of your thoughts and the choices you make. The slings and arrows of life, and also the fortunes and delights, will influence you. But in the final analysis it has more to do with how you interpret your experiences and circumstances. You control how you choose to think, act and be in the world.

Before I go further, let me be clear that I am talking about healthy mental function. In no way am I implying that those struggling with challenges like depression, bi-polar or other mental disorders, just need to think positive. I have my own battle with bouts of depression. I’ve known days when simply brushing my teeth is a major accomplishment—and the days when even that is too much effort.

I’ve seen chronic depression, bi-polar, schizophrenia, and paranoia in my family. I know the heartache of being unable to reach through the miasma of mental disease to help a loved one find peace. Neither am I talking about instances of cognitive decline from injury or disease.

Glass Half Empty or Half Full

We all experience ups and downs in life, but individual set points fall either more toward optimism, or more toward pessimism. We look on the bright side, try to find the silver lining or turn lemons into lemonade. Or, we have a dark cloud over our heads, always expect the worst, and think lemonade tastes sour no matter how much sugar is added—thank you very much.

I’ve always been a more optimistic sort. In challenging times I look for solutions, and when I can’t see them, I work to create them. I believe in the magick of positive mindset. Regardless of circumstances—bad breaks, adversity, ill health, chronic disease or pain, physical limitations (all of which I own), you can be optimistic or pessimistic, and either one will attract more of the same.

Hold up before you take away my broom and banish me from the witches’ union. I’m not talking about toxic positivity and bypassing. Any fool knows you can’t just think your challenges away. But it has to start there.

The power to tap into life force, attracting that which we desire by way of corresponding vibrations, works. To deny that is to deny the power of witchcraft itself. So what’s with all the hating on love and light and law of attraction as magic?

All Positive Attraction Magick Is Not Toxic Positivity

Admittedly, there are idiots everywhere, including in magick realms. Anybody who tells you that you are attracting all the misfortunes in your life is an idiot. Ignore them. But ad-hominem accusations of toxic positivity muddies the knowledge of how witchcraft really works, that being the use and manipulation of energy.

For an insightful look at toxic positivity see Scarlet Magdalene’s Toxic Positivity Culture: Why Pagans, Polytheists, & Occultists Should Guard Against It.

Positive mindset, the law of attraction and lightworking as forms of witchcraft are all personal choices, with at least as much efficacy as shadow work or baneful magick. Meaning love and light doesn’t work for all of the witches all of the time, but it works for some of the witches often enough. Denying or demeaning all positive attraction work because of the misguided zealots is just another form of gatekeeping. Stop it.

Witchcraft Is Dark and Light

Just like a person tends towards optimism or pessimism, a witch may lean more toward dark or light magick, but the full spectrum of power in witchcraft comes from both dark and light energy. In fact, positive and negative energy are nothing more than poles on the same continuum. Why on earth wouldn’t we tap into both for our power?

Scientifically, there is evidence to back the success of thinking and acting positively—but people misinterpret the word positive in that sense. It’s not about happy or sad, good or bad, optimistic or pessimistic. It’s about thinking and acting from a place of positive (filled) space, rather than negative (empty) space—I have, instead of I want, I believe instead of I doubt, even I hope, instead of I fear. It’s about filling space with that which you desire.

The same theory has long been recognized in professional sports and business as self-fulfilled prophesy. Act like what you want is already a matter of fact, and there is a good chance of it becoming your reality. Run the scenario of a perfect free shot or a successful sales presentation through your thoughts so many times that your brain believes it’s a foregone conclusion, and it will play out in real life. As within, so without.

Fake It ’Til You Believe It

This is actually based in brain science and the fact that our brains do not distinguish between fact and fiction. When you watch a scary movie, you know it’s not real; nevertheless, your body reacts with fear. Fake it ’til you make it is the same theory in action. It works because on a deeply unconscious level, your brain believes it to be so, therefore you consciously begin to act in ways that support, ergo manifest, your desires.

The universal life force deals in positives without qualifiers and so does your brain. I want to lose weight becomes I want (to lose) weight or I want weight. I’m sick of being poor, and struggling, becomes I’m sick, poor and struggling. The power of attraction works the same way—think, imagine, visualize and communicate what you want, not what you don’t want.

Of course positivity is not going to overcome all misfortune and hardship, or ward off the law of random chaos. I should know. The shorthand version of the last decade of my life is filled with tragedy beyond my control, including the deaths of my step-son and three sons-in-law, on top of a fatal diagnosis for my husband.

Do I think for one minute that I attracted all this tragedy to my life? Well, actually, I did ponder it as punishment for ending my first marriage and shattering our family of 23 years. Or I did for about a hot second—until l I recognized the old, deep seeded, patriarchal religious nonsense I was raised on. Whenever that boogeyman comes around trying to haunt me—I banish it with common sense, because we can hold space for both truths. We can believe in the law and power of attraction and the vagaries of chaos and misfortune; they are not mutually exclusive.

You Say Manifest, I Say Attract

Witchcraft itself is about working magic through the laws of nature and energy, or life force, to bring to us (attract) that which we desire. Seasoned witches often caution beginners to be very specific in their appeals and intentions, to be careful what you witch for. How, then, can we deny the power of unintentional attraction ad-hoc? Or why, with chaos out there wreaking its havoc every day, wouldn’t we want to attract as much positive energy as possible? Doesn’t it make sense, even in the midst of your worst moments, to do everything in your power to actively attract that which you desire?

Even in the worst of circumstances, in your adversity, from a place of chronic illness or pain, physical, financial or emotional distress, even mired in limitations that are not going to change, you have a choice to work your magick for attracting the best possible outcomes for you.

It’s been 12 years since a cardiologist told my husband to prepare to die, which he and I did in all the mundane ways of legalese. Personally I had many demons to slay—not the least of which was the nonsense guilt telling me that I’d made it clear to the universe I didn’t want a husband when I divorced my first.

While we waited out the inevitable, while I watched my husband dying by degrees, I worked all the attraction magick I could, calling on the energy of three powerful Goddesses to hold us up. I worked heart correspondence magick, calling for strength and endurance for my husband. He did his best to focus on survival, on beating the odds.

Not only is my husband still alive, when doctors finally agreed to perform the cardiac surgery they believed would kill him on the table, and then only because he’d reached the point where he’d be dead in a matter of weeks anyway, he came through with flying colors—the best post surgery recovery achievable.

That’s my story. Who can say for sure that our belief in attracting positive energy was or wasn’t the key? Nobody.

What Have You Got To Lose?

Toxic positivity is real, but it’s only harmful when we believe the nonsense. You did not attract your adversity, your illness, or your misfortunes. You are not doing it wrong if you haven’t made them magically disappear. And everything happens for a reason only if the reasons include random chaos. In my humble opinion, disregarding the power of positive attraction, of the universal life force that exists in love and light as well as in shadow, is robbing yourself of your full power to manifest the best achievable outcome for you personally.

Positive and negative energy are two poles, always in opposition and vying for predominance. We are encountering some very dark forces in the world right now. We need all the positive energy we can muster to counter-balance that. 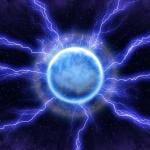 January 15, 2020
Cross and Crossroads: Identifying Your Haunting
Next Post

January 20, 2020 Living the Liminal: Balancing Anti-Consumerism and Ye Olde Witch Shoppe
Recent Comments
0 | Leave a Comment
"Thanks! I was off "temporarily" for one lunar cycle and didn't miss Facebook..at all. So ..."
Brianne Raven Wolf Between Two Worlds: Dark Moon, Tarot, ..."
"Amazing and exactly the words I needed to hear in the exactly the right way. ..."
carastotler Starry Eyed Witch: Sovereignty Under The ..."
"I congratulate you on the decision and wish you well at the same time. Most ..."
kenofken Between Two Worlds: Dark Moon, Tarot, ..."
"Like the author I was raised as a Catholic but with witches, mediums, sorcerers and ..."
Bill Ritchotte Cross and Crossroads: What “No Rules ..."
Browse Our Archives
get the latest from
Agora
Sign up for our newsletter
POPULAR AT PATHEOS Pagan
1

Rush Limbaugh is Dead and My...
John Beckett
Related posts from Agora