So speaks The Morrigan as I muse how to begin, to unravel the mystery of Sovereignty once again, reforging, realigning and yet never quite defining what it means to know it under Her path.

It is Shadow; the deep parts of the self, wounded and hurting, rising up in the blood as the Eclipse falls, knowing yourself when all the lights go out, and you are alone in the dark. Listening to the whispers, discerning which are your own grinning back at you, wild, tempestuous, unfettered by the bone-cracking restraints of restrictive conditioning.

They can be cruel, these hidden parts of self, unhealed, called unlovable, the tendrils of the self squashed for reasons that surely made sense once upon a time. The stories they told you, the lies, the bonds made flesh of self-mutilation, a list of all the things you “are or are not” which you never sought to claim and yet remain anyway.

The Morrigan snaps her raven talon fingers and they dissolve like mist over the Bonfire, and all that remains is the soot-dragged remains. “So much for their thoughts,” She sneers with a bloody grin, and that’s how it starts. Begin again, and again, and again, because the fire in your blood burns hotter and longer than anything that comes flailing from the outside seeking to brand you at the end of a hot poker.

My journey with The Morrigan is a constant cycle of defining and redefining what personal Sovereignty means – it is the unpicking of arrogance and privilege, neither of which are nourishing to the soul or helpful to the path. Arrogance and privilege are instead the vehicles of oppression, weapons of weakness that are easy to hide behind when one feels wounded or attacked.

It is easy to answer with disdain, to seek out haughtiness and superiority when angered, to guard a broken heart, but what does it serve? Who does it serve? Certainly not ourselves for we seek to overpower when we feel threatened, which sounds like a futile manoeuvre; we cannot undo a wound by pretending it does not exist.

If Sovereignty is, from its roots; late 13c., “superior, ruler, master,” from Old French soverain “sovereign, lord, ruler,” noun use of adjective meaning “highest, supreme, chief”… then surely we must know that the only person we can have true mastery over is ourselves. Seeking to oppress others is a symptom of lack within.

Sovereignty can be tearing off feeling under attack and questioning which battles you actually want to show up to. What is worth your time, your energy, your peace of mind? When is it someone else’s list? I have had men calling me stupid and threatening me with rape and murder because I chose to be an ally and speak against racism. I have had people claiming I “invite” enemies or create them by choosing to speak out.

They crave my silence, my obedience. They shall never have it.

I have learned to trust when I turn my back to hatred, that there is a shield there. The Morrigan built me from Stardust and Roots, Resilient, Proud, Hopeful. I must check myself time and again, and it is my honour to do so. I must not fall into the trap of seeking to protect my wounds. I honour them, I wash them clean, and allow them to heal.

The chattering of the hateful falls to the wayside. The only person they will undo is themselves. 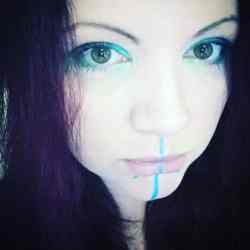 About Joey Morris
Joey Morris is a Celtic Creatrix and UK-based daughter of The Morrigan, working very closely with tree magick and spending much of her time communing and foraging within the spiritual ecosystem. This connection allows her to practice voice witchery and conduit for the Otherworld. “Wild. Ancient. Carefree. Who were we as witches before we learnt what the world told us to be?" To become a tempered blade of The Morrigan, one must be baptized in blood and fire. These struggles within my lifetime have led me to become a voice for the voiceless, to reach out to the broken, and to poke the shadows in others so that they might begin to heal. “Such a path is dangerous. But so are we. This is the birth of a wild witch who sees with their ‘Other eyes’ and treads the path of edges, sharp and unusual, but filled with adventure, magick of the liminal and the in-between spaces.” – Joey Morris Within the spiritual landscape Joey Morris states her soul mission is to deepen the understanding of our interconnectedness by both honouring the sacred and exploring the masks of the self through channeling relationships to the Divine through written work, poetry, videos, products and services. You can read more about the author here.
Previous Post 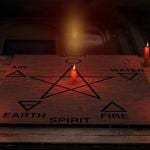 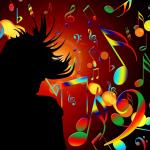 June 29, 2020 The Corner Crone: An Interview with KPPR Pure Pagan Radio
Recent Comments
0 | Leave a Comment
Browse Our Archives
get the latest from
Agora
Sign up for our newsletter
POPULAR AT PATHEOS Pagan
1