For instance, among my white friends I’ve heard some very strange things they’ve sworn off of in order to avoid committing the big “C.A.”. These include not drinking margaritas because they are from Mexico, not braiding their hair because apparently only POC are allowed to do that, and throwing away dreamcatchers that beloved Native American friends have given them.

While I appreciate the spirit that they made these decisions in, a lot of it is wildly unnecessary. This mentality then spills over into the magical/pagan community where folks don’t seem to know where to even begin with the tangled knot of spiritual traditions from around the world. Many folks these days are practicing what’s widely known as “eclectic witchcraft” which basically means they are a bit of an esoteric magpie, picking a little from here and a little from there.

While this is a valid form of practice, the issue of cultural appropriation comes up most often in this area and the lines become blurry. So, how can we tell what is okay and what is culturally insensitive? It’s easier than you might think, and requires that you only ask yourself three questions: “Does this make me money? Does this take up space? Does this erase culture?”. Let’s discuss…

Does This Make Me Money?

The first question you should ask when determining if something is cultural (mis)appropriation is: “Does this make me money?” Profiting off of other people’s culture is wrong, and has long been something that BIPOC have been fighting against. This most commonly looks like non-Indigenous businesses selling things like dreamcatchers and sticks of white sage. People don’t realize that we have to watch our sacred traditions being packaged and sold fast food style to the public where they are chronically mishandled and devoured in the name of capitalism.

Not only that, but when a major retailer (or even a small business) begins selling indigenous medicine, that takes a much-needed revenue stream away from the people the medicine belongs to. The exploitation of marginalized cultures for profit is something that needs to be stopped. One could argue that donating a portion of the profits to a charity that uplifts the culture they are borrowing from would correct this imbalance but the truth remains that engaging in business (with or without donating your profits) still creates unnecessary competition for struggling businesses of color and negates any good the donation could have done.

Does This Take Up Space?

The second question you should ask yourself is: “Does this take up space?” This is a big one that we run into more and more as “spiritual tourism” gains momentum. What does taking up space look like? It looks like non-Indigenous people taking up seats in a sweat lodge (or much worse, leading them). It looks like white college kids flying to central America to participate in an ayahuasca ceremony for the “experience”.

Please remember that these are important medicine ceremonies and doing so for the “experience” is the same thing as taking up a bed in a hospital just to have the “experience” of being a patient. Beyond taking up physical space, you can also take up space by writing books on the magic and spirituality of BIPOC or teaching classes on those topics. This takes away valuable opportunities that should belong to BIPOC.

People of color deserve the opportunity to teach about their own culture. This is important to not only uplift communities of color, but to also prevent misinformation from spreading. It’s extremely common for non-BIPOC folks to write or teach about ethnic culture, while simultaneously being way off the mark. This bad information then gets spread around and ends up erasing the real traditions and culture. Which brings us to our third question.

Does It Erase Culture/Traditions?

“Does it erase culture/traditions?” This is one of the most important and complex questions to ask yourself. Unfortunately, it’s the one that gets overlooked the most because folks aren’t great at identifying the consequences of their actions when it comes to these matters. Erasing culture can look like adopting a spiritual title without the proper training or without assuming the responsibilities of that spiritual title.

For instance, the one that gets overused the most by non-indigenous folks is “Shaman”. Folks think that this is just a title that you take upon yourself simply because you like Native spirituality and own a drum. Folks don’t realize that so much more goes into becoming a Shaman than most people realize. There are thousands of years of traditions to receive and that just can’t be taught at a weekend workshop in Sedona.

Same goes with titles like Curanderx, and Brujx. It’s a bit like calling yourself a doctor because you took a CPR class. You can say you study “Shamanism” or you use “Shamanic techniques”. However, taking on the title without the traditional training and without taking on the responsibility that comes with the title is a whole other ballgame. Furthermore, believing and teaching others that little to nothing is required to hold these important spiritual titles erases culture.

The other places we see culture and traditions being erased is in the tendency folks have to bend the rules (or rewrite them entirely) when they get stuck or face any sort of spiritual barrier. For instance, it’s very common for folks to want to practice Santeria, but they have a hard time finding someone who is legitimate to initiate them so they just decide they don’t need initiation and begin haphazardly approaching the Orisha.

This is damaging to the culture, as well as extremely dangerous. Certain spirits need to be approached a certain way or there can be major repercussions. Yes, these things require work, and sacrifice of our finances and personal comforts. That’s why they are not for everyone. If you have to bend the rules, then you need to find a different spiritual path, no matter how “drawn” you are to the tradition (same goes for those trying to work with Santa Muerte while simultaneously rejecting the Catholic parts of her veneration).

The last most common place we see the erasure of culture is when folks misuse sacred items. For instance, I knew someone who owned a Native American headdress. The person was not Native themselves and really felt quite terrible about even having it, but they wanted to keep it because their friend who was Native made it for them as a gift. In this situation, having the headdress and even displaying it respectfully is not cultural appropriation. However, if he wore it to Coachella or hung it up in his car dealership that he named “Big Chief Auto” to bring in customers, that would indeed be cultural appropriation. These things have sacred purpose, and using them otherwise reduces their importance and erases their true significance.

Please understand that there are nuances to this topic and that the rules may shift slightly from situation to situation. Also, I am only one person, and do not pretend to speak for the BIPOC community as a whole. However, these are the major concerns and issues that we see when it comes to cultural misappropriation. So, the next time your child is having nightmares, know that it is okay to purchase a dream catcher from a Native person and use it correctly.  Just don’t open a shop selling them. It’s really very simple, and if you find yourself unsure, simply stop and ask yourself these three simple questions, “Does it make me money? Does it take up space? Does it erase culture?” If you can honestly answer “no” to all of those questions, then you have nothing to worry about. 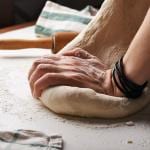 July 18, 2020 The Corner Crone: High Priestess of the Kitchen
Recent Comments
0 | Leave a Comment
Browse Our Archives
get the latest from
Agora
Sign up for our newsletter
POPULAR AT PATHEOS Pagan
1