It is 4am on September 11, 2020. I don’t know why I am awake. For nearly a year I was waking up at 3am every day so that I could go to the gym and then work on my manuscript. Then this whole pandemic became a thing so I stopped going to the gym and worked solely on my writing from 3am until I had to be at my day job. When I finished my manuscript in August I decided to take a much needed sabbatical from writing. Even though this break was planned I woke up each day thinking I need to write, I need to write. So I guess today is the day that I am back at it.

I wake up with songs in my head. This happens every day. A line from something I listened to days ago is on a loop. I can’t escape the lyrics no matter how I try. I often know the whole song but only certain parts of it replay themselves over and over. They press against my ear drums from inside my brain and often drive me mad until suddenly a meaning is gleaned from the repetition.

I believe that The Source speaks to all of us in our own way and music is how it communicates with me. The lyric today is “ We are the gatekeepers.” It’s from a song by Jesse Reyez. The song has more to do with achieving fame than what we Witches understand gatekeeping to be but the lyric does its job in reminding me of how I am feeling.

We are existing in a time when suddenly toxic masculinity, white supremacy, and ridiculous acceptance of ludicrous behavior is more in-your-face-status-quo than it ought to be. Yet at the same time there are more people standing up and saying “Hey, this is not okay,” than ever before. Voices are being heard on both sides of the line and division is running amuck. Cue a Sanderson Sister ala Sarah Jessica Parker hopping gleefully repeating, “Amuck, amuck, amuck.”

None of us are saved from this rampant division. I see Facebook feeds filled with who’s unfriending who for their political views. I belong to a few male Witch groups, one of which lost/removed several members due to a racially charged meme. Even in my own house I stand alone in my political views from the rest of my family. It’s all very stressful. California is burning, protests are nonstop, people are enraged over masks, there still hasn’t been justice for Breonna Taylor, and I don’t even think I will be able to take my son trick or treating this year.

It’s no wonder that people are spouting off with dogmatic gatekeeping inside our Witch community. I’m not surprised to see articles about who can and cannot call themselves a Witch. There is very little shock when I read a Facebook post about what is and isn’t a familiar. People want control. They want to feel like they have a say in all the craziness.

Turn and Face the Strange

We have to be patient with each other. I would be lying if I said this whole social distancing thing hasn’t created an environment where I am thriving. I finished a manuscript, it is out floating around in the inboxes of the writers in our community who I respect the most. I built a house. My bank account is healthier than it has ever been, and I am not out interacting with people because the pandemic is a great excuse to just stay home. To be clear, I am not an introvert. I like people but this reprieve is great.

On the other side of the coin, I feel guilty. Here I am doing better than I’ve ever done but at what cost? Hundreds of thousands of lives have been lost yet I can enumerate all the things that are going well for me. It’s a conflicting world we live in.

I want to believe that a big change is coming. I hold on to hope that a shift is in the air, that suddenly things will level off. I am holding space for the new normal on the horizon with the intention that everyone benefits from what is on its way. This gives me peace. It allows me to stop and look at the men attempting to assert their patriarchal influence over Witchcraft and forgive them for their misguided attempts.

Knowing something better is around the corner helps me come to terms with the fact that I am surrounded by people who don’t support the same political views as I do. Understanding that only a disturbance like the one we’ve seen in 2020 can bring about the impending metamorphosis of civilization allows me to wake up each day with the sense that we are right where we are supposed to be. I am accepting the strange with a knowing that it has a purpose.

None of us are innocent, in some way we each play victim and prey at some point. This is why we need to allow people their space right now. Not everyone has the forethought to know that they might not feel the same as they do now a few years down the road. Not everyone knows how to censor their opinions when the whole world is a mess.

As Witches, we are all on a spiritual path that invites us to continue learning. This is a journey that tells us, “It’s okay to evolve your understanding of the world.” More so now than ever before, it is imperative to meet our community members where they’re at. We need to try to understand them, in fighting and semi-violent interactions only breeds a volatile environment which seeks to separate us from each other.

We are a community and we need each other right now. People are triggered. Some of us are wrestling with our own demons while others are sipping tea with them. No one is influenced by the world in the same way as anyone else, so be easy with each other. Instead of pushing back against someone else’s opinion, stop and hear them out. Try to understand where they are coming from. Attempt to see their point of view. You don’t have to agree but allow them the space you would prefer to be afforded as well. This isn’t meant to be a battle. We can gently guide each other. If someone is off course, let them be because it isn’t our job to correct their course. The Source will lead each of us to our own end point. Trust that the bigger picture cannot be viewed through our small human eyes.

It wasn’t that long ago that I believed I was right about everything. The whole world fell squarely on either one side or the other of a color spectrum. As I have grown in my magickal practice I have learned to see the whole of the dichotomy. There are subtle nuances that we are each required to take into account. What is this person dealing with, what has that one been through? We don’t know, but they all deserve their space as much as anyone else.

We are quickly approaching the autumn equinox. This is that moment that happens twice a year when nature and the universe around us reminds everyone that there is a balance. Throughout the world timing becomes equal for just one day. Afterward the scales begin to tip again. Considering the connection magick requires to our surroundings, we would be wise to take a cue from this moment.

Seek balance in your interactions. Understand that in some way the Wheel will eventually come around again. Let go when you are bothered by an opinion. Lean into the idea that The Source will sort it out. We are in a Wheel of Fortune moment. This major arcana card reminds us that nothing is permanent. The world is always in flux and when we allow it we will see the balance work itself out.

Have faith and trust in your brother and sister Witches. We’ve all been stung but that doesn’t mean we should kill all the bees. They have their job to do too. Trust that the balance is there. And if you really can’t just let things be then maybe this is your time to unplug. Maybe you need a break from all the madness. Who knows, maybe like me, an extreme extrovert, you will find peace in the reprieve as well.

What’s Up by 4 Non Blondes 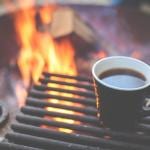 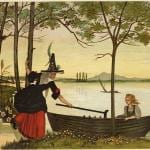 September 11, 2020 Cross and Crossroads: What “No Rules in Witchcraft” Actually Means
Recent Comments
0 | Leave a Comment
"Could this come from the ancient art of Ogam. Druids would use trees and how ..."
Shanette Strizek Oak, Ash, and Thorn: the Evolution ..."
"It wasn't until I began to practice a higher form of Witchcraft known as Ceremonial ..."
Brenda Keitt The Balancing Path: Scientifically Minded Witchcraft
"Do you believe that people should be allowed to say and do whatever they want ..."
MrFribbles Beyond Binary Witchcraft: In Praise of ..."
"Several people have been 'cancelled' and their career has been ruined in the last few ..."
BrainSync Beyond Binary Witchcraft: In Praise of ..."
Browse Our Archives
get the latest from
Agora
Sign up for our newsletter
POPULAR AT PATHEOS Pagan
1