The Corner Crone: Why Are You Still Here?

The Corner Crone: Why Are You Still Here? February 5, 2021 Martha Kirby Capo

In another few weeks, like so many others, I will have been in quarantine a year. At the time of this writing, 2.28 million people have died during this past year, 451 thousand, give or take 3,000 or so in the United States. Give or take a few deaths, that’s a number equal to the populations of Atlanta, Colorado Springs, or Kansas City. Give or take a few deaths, it’s a number that exceeds the populations of Tulsa, New Orleans, or Miami. Gone.

I find myself struggling these days not with survivor’s guilt, but with survivor’s purpose. I’m not talking in terms of some sort of Messianic purpose or in terms of Destiny, but in terms of who and how I am as the prospect of easing quarantine begins to shimmer on the far horizon. When I—when all of us—reemerge from this long and goopy chrysalis of transformation—because you and I have been and are being transformed—what is that going to look like? Be like?

Perhaps you’re asking yourself these kinds of questions, too. Maybe you’re also looking at your closet and thinking “if not now, when?” as you pull out whatever the heck you feel like wearing no matter who might see you. No matter how the others you don’t even know might judge you. Maybe you find yourself saying those salty words, those words spicy with your truths, out loud instead of swallowing them from the light of day. Maybe you wear that outrageous outfit or do that crazy thing with your hair even when you’re just going to the grocery store—or especially because you’re just going to the grocery store—instead of Tetris-ing yourself from the sight of others, blending in, fitting in, and becoming invisible.

How has this past year—this gluey and gross pupa stage of a year during which we’ve found ourselves at least partially dissolved—transformed you? Do you—can you—know yet? When we push and squirm and shove ourselves out of the exoskeletons of our lock-downs, how will the ways we interact with the world and with each other have changed? What about the ways we interact with ourselves?

These days I find myself just inside the cusp of the Age of Invisibility, the age that steals upon each of us when store clerks look past us to the next customer, when groups of people crowd us off of the sidewalk not because they’re rude or self-absorbed but because they literally don’t see us. The Crones and Sages know whereof I speak. Like getting picked last during a recess game of Red Rover, except now it’s not because you’re the weakest link—now you’ll never get picked, you’ll never get called to come over, because you’re invisible. Invisible because you’re old.

As lock-downs end I’m noticing that I’m unwilling to exchange the invisibility of quarantine for the invisibility of old age. The witching world, with its loci now centering toward YouTube and TikTok and Instagram and Twitter and tumblr, seems to be spinning and spiraling away from me. Further and further away from any relevance I may have. To be visible is to be camera-ready and tech-savvy and if you’re serious you’ll need to be getting a ring light and learn how to flip your display and do be sure you do all “the things” before you go live. You don’t want to look anything less than polished; that’s not the way to gain followers.

So, why am I still here?

I am here because I have something to say and I will say it. It probably won’t be camera-ready and more often than not it won’t be rehearsed. I am here because I am The Hermit on the threshold, holding my lamp aloft, neither quite here nor quite there but somewhere—something—in between, a Thing that refutes tidy boxing, a Thing that refuses shelving. A quicksilver Something, somewhat repellant yet deliriously seductive, like the taste of sun-warmed strawberries and spiky nettles dusted in the fragrant pollens left behind by bees and draped in clinging crystalline dewdrops.

And you can be, too.

Why else would you still be here? 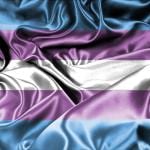 February 4, 2021
Between Two Worlds: Two Weeks Ago
Next Post 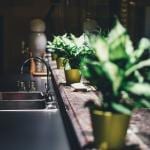