Within the pages of Old Gods, New Druids I found an approach to explaining a pagan religion which made me smile. This is a book not about a fictive monolithic paganism, nor do its authors purport to have the one true answer to the question of how one should be a Druid in modern times; instead, the reader is regaled with academic research sprinkled with a healthy dose of humility and ignorance. “Even if some mystical stone tablet with all the answers on were to be unearthed tomorrow,” reads one passage, “it would not compel modern polytheists to follow suit. . . . what we seek is inspiration, not a rigid template to slavishly emulate.” Far too often do authors slip into absolutist language when explaining what they know about their paths; any book lacking that failing should be a welcome addition to the shelves of the curious pagan or polytheist. (For those who would prefer a rigid template to slavishly emulate, be advised that this book is probably not for you.)

This book is part of a far more ambitious project, the creation of an extensive curriculum for the teaching of Druidry. I’m not a Druid, but I do know that they love their learning. Old Gods, New Druids is not plagued by overly-dense prose, but as the first of seven tiers of learning, each likely to be more challenging than its predecessors, it represents the beginning of a long journey. Some books which are this ambitious are packed with so much information that the tentative seeker will be intimidated. Heck, if my introduction to Druidry last century had been written like this book, I might just be a Druid today.

Even pagans who don’t think of gods as beings with agency won’t feel left out of these pages, although those who consider magic to be the preeminent form of religious expression may. For Druids (at least these ones), magic is secondary to sacred relationships.

That relationship with magic is but one lesson in this largely excellent tome. Relationships with gods are also covered, as well as the festivals which have emerged based on the rather limited information about what ancient Druids were actually up to. Relationships with trees and herbs, land spirits and animals are all covered, and there’s a fair amount about how one might apply ancient teachings to modern problems, like the ongoing cultural struggle over who is eligible to enter into a marriage contract. It may be me, or relationships might be an unspoken facet of Druidry.

The quirks and quibbles I discuss next notwithstanding, I recommend this book as a decent overview of the religion.

Quirks: Technically, I don’t know who wrote this book. The name on the cover is Robin Herne, but in the introduction it’s explained that “this book is a joint effort between[sic] a number of people” who are never named, simply described as a “small group of people living in East Anglia . . . who are part of a ritual group that has been running since 1993,” which is also never named. Using “Robin Herne and friends” or “Robin Herne and the members of the Llama Druid grove” would have provided clarity without sacrificing anonymity, if that’s what was intended.

I don’t mind pagan pseudonyms, but this is super vague. If more people actually read introductions before buying books, I think this wishy-washy approach would cause people to understandably (but incorrectly) conclude that this book is all fluff to give up on it. Thankfully, the actual meat is treated with a bit more rigor, but I would struggle with the ethics of citing this work in my own research simply because I have no clue as to who the authors might be, much less how to lay it out in Chicago footnote style, for example. It also results in the interchangeable use of “I” and “we” without any context. Other books I’ve read with multiple authors have always clarified which one was writing that “I,” but I suppose that’s more challenging when the book is authored by an unknown number of people, all but one of whom are unnamed.

Quibbles: If ever a book was published without a professional editor looking it over first, it was this one. I think a lot of people who are strong writers (or their publishers) simply don’t understand two very important facts:

The biggest problem with this book is the use of “etc.” It is used dozens of times throughout these pages. Not only is it distracting, it’s also lazy. This is an unfamiliar religion, but “etc.” implies that the reader should just know what the author means because they’re already on the same page. No, they’re not. Use all the words.

The best way to solve these problems overall is to buy more pagan books, and to encourage publishers and authors to use editors. I’m an editor, but I don’t edit my own work, and neither should anyone else. As for this book, it really is wonderful despite that irksome deficiency, and I do still recommend it.

June 24, 2021
The Corner Crone: How Witchcraft Saved My Life – Book Review
Next Post 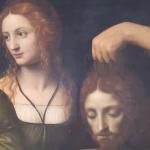 June 30, 2021 Salt City Pagan: Facing Christian Trauma
Recent Comments
0 | Leave a Comment
"I needed to read this. Thank you so much for sharing this. <3"
Laurie Allen The Corner Crone: The Parable of ..."
"I'm going through a bit of an existential crisis with my own devotional polytheism. As ..."
Heather Havens Salt City Pagan: Facing the Full ..."
"Another post written by someone who hasn't actually read the mythology they are talking about ..."
Kris Hughes The Rantin’ Raven: Who Was Mabon?
"What has always worked for me -- e.g., with no negative blowback that I have ..."
Cathryn Meer Bauer Radical Pantheist: Defining Unethical Magic
Browse Our Archives
get the latest updates from
Agora
and the Patheos
Pagan
Channel
POPULAR AT PATHEOS Pagan
1