Hold Your Tongue and Mercury Retrograde 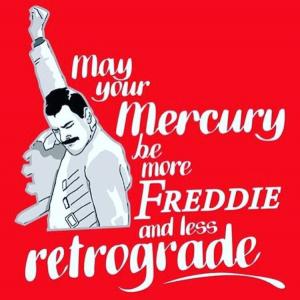 I keep pretending that Mercury Retrograde doesn’t exist, but every time I hold my tongue or get frustrated I’m once again reminded. There seems to be an awful lot of emotions hanging in the universe.

The easiest way to deal with Mercury Retrograde (December 3-22) is to think of it as a ‘re’ time. Meaning, it is time to renovate, renew, revise, return, revisit, refinance, renegotiate, review, etc. When buying things during this time, they often work for a short period and then break. When getting a job at this time, it is often short term (it doesn’t mean you get fired, it can also mean you get promoted!). When purchasing a house or a big ticket item, be prepared for issues. To put it in a nutshell, it isn’t a great time to make big changes, huge commitments, or have ‘the talk’ with a romantic partner. Instead is a time to look in the past (review) at what you need to let go of, it can be material or emotional, and correct it for a better future. Sort of like set up for the party, but don’t invite anybody yet. It isn’t a grand time to start anything new, unless it is something you can say you are re-newing.

So, how do you handle the next week? Carefully. You may talk, and feel as if nobody is listening. Think Charlie Brown’s teacher. People may be more spacey. Your, and others, energy may be a bit more lazy. And if you are traveling, you may have more issues with the car, train, or plane. Instead of cringing, sighing and whining, Mercury Retrograde teaches us patience. Sometimes I think all of us have lost as our world has gotten so complicated and electronically driven. So when you told your kid to do something twenty times instead of the normal ten times, and it still isn’t done – take some deep breathes and repeat (see the ‘re’) a different way. If you haven’t heard from that job you applied for, submit your resumes to different places, but know that after this period they may review your application and give you a call.

December 17, 2017 Get Moving into 2018
Recent Comments
0 | Leave a Comment
Browse Our Archives
get the latest from
A Happy Medium
Sign up for our newsletter
POPULAR AT PATHEOS New Visions
1 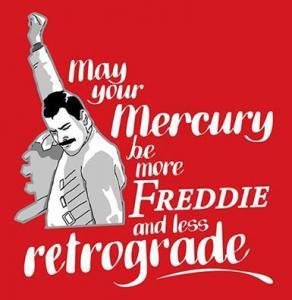 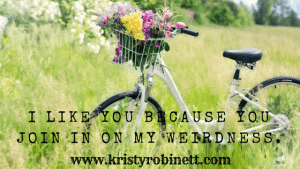 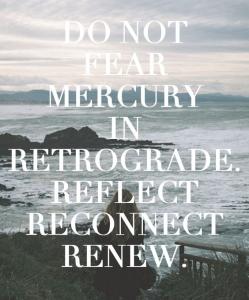 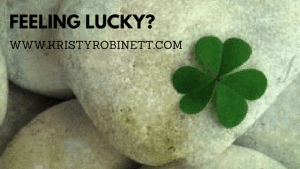 Your Aura Colors and Your Life Purpose
Do you love your life or feel that something is missing? Do...
view all New Visions blogs
What Are Your Thoughts?leave a comment
Copyright 2008-2020, Patheos. All rights reserved.