Lyra hunted many creatures, but her favorite of all to pursue was mortal men. Many a beautiful young man had been wooed into the lands to the West to dine or dance or die, and Lyra preferred to give them death before anything else. She would set her hounds upon them and chase them until they were panting and pinned. She would sweep up to them in her hunting gear and pull out a small, delicately engraved gun and shoot them in the heart.

They were prey, and they ran so well.

But she was hardly the only one with an eye for beauty, and her hunts were loud and raucous and drew all manner of attention. It was during the hunt of a boy, barely even old enough to be a man, that her prey drew the eye of the god of Stars, and the Stars – being jealous and possessive and arrogant – decreed the boy be saved from her hunt.

So it was that the boy became stone, beautiful and forever captured in starlight. Lyra could not believe her quarry had been stolen and could not bear that the prey be left so untouched, however, and with a shriek she fired into the stone three bullets. The stone cracked and groaned and split, and from the split burst forth a child of blue hair and stony expression who was thus forth called Mallory.

[Before we go further – all the stories and myths I have written are based on visions, journeys, and experiences I have both here and when doing trance or journey work. They are also influenced by other mythologies – it is probably obvious what sort of myths influenced the above story. A small bit about Lyra can be found here for those interested.]

This week seems to be very focused on the ‘littler’ spirits in my practice. I’ve been working intensely on understanding more of the stories from the place that I journey to, as well as how those stories apply to my own life and how current living influences myths and sacred stories. For the most part I was focusing on the Four Gods and the stories about Them I wish to tell. But, of course, in this work it is rarely about what I want but what the spirits want and need. And right now, the spirits that are connected to but not divine need me to start speaking about them.

I’ll be writing Mallory’s story on Friday at of the Other People, but I want to explore more of her beforehand – as well as what I call the Greater and Younger Spirits of the Westernlands.

Mallory falls under the category of a Younger Spirit. Practically, that means her area of influence in This world is limited to very, very specific areas. Within the mythology, Younger Spirits are typically the children of Greater Spirits and often have little to no connection to their parents, sometimes sprouting fully as individual adult spirits or staying as child-like spirits who usually become concerned with plant or animal life. Greater Spirits are usually the lovers of one (or more) of the Four Gods, though it is rare for their children to be children of the gods.

Mallory is also one of three ‘calamities of the West’. This aligns her with the more chaotic elements in life, as well as tumultuous relationships and situations. Her soul and core, though, is stone and silence. Her hands and acts weave calamity and disaster and violent change, but at the center of herself she is never moved. Her limited area of influence is stability and groundedness – limited, but not unimportant.

Mallory creates her calamity through her stoniness. Similar to a few other prominent spirits in the myths, she is farthest separated from human emotions, morals, and comprehension. She is also at the edges of the other spirits, unaware and uncaring of the mannerisms they have. Working within her own morals and understanding of the world, she often insults other spirits – some of whom are much more powerful than herself – and can cause tension due to her tendency to say anything that comes to her mind.

All of these traits, to me, are incredibly important. Sometimes, during my writing, I wish to erase the uncomfortable parts of the spirits or their actions, but that would be dishonest to the reader and unfair to the spirits I work with. (As I believe them to be entities outside of myself, not merely sock puppets.) Mallory is an uncomfortable spirit because she is not just far from most human comprehension, she is far from most faery comprehension. She breaks the rules and confronts structures or expectations that, at their core, are nonsensical or damaging. And because of her grounded nature, she is rarely if ever shaken up, instead confronting challenges with two firm feet. The disaster she brings is that of harsh, striking reminders of our failures or our quiet assumptions or hurtful habits. She sees with unflinching eyes and asks questions because, well, ‘why not’?

Which is, actually, something quite a lot of us can probably relate to. 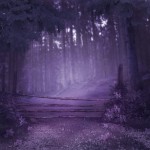 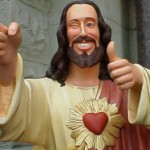 February 23, 2013 Your Words
Recent Comments
0 | Leave a Comment
Browse Our Archives
get the latest from
Aine Llewellyn - Dalliances with Deities
Sign up for our newsletter
POPULAR AT PATHEOS Pagan
1