(A brief rant before I rush off to work. There will still be a post tomorrow, for those concerned! This  was brought on after flipping through Make Magic of Your Life, by T. Thorn Coyle. Her comments on capitalizing ‘Gods’ and ‘Goddesses’ reminded me of an itch I need to scratch.)

I have a long list of problems I have with ‘spiritual people’. The list comes from practically living in a now-closed New Age shop and being around a fair amount of spiritual and Pagan-‘ish’ people. Amazingly, I didn’t start off life as a loud-mouth, and I was able to observe quietly for a few years. And it’s even easier to just watch quietly on the internet. It’s amazing what people will say.

One of my biggest irritations that I run into, though, is this recurring fight over the various spellings of ‘magic’ and whether or not to capitalize ‘gods’ and ‘goddesses’ (as well as pronouns for gods and goddesses). You would think that the issue would be pretty easy to discuss and put to rest without any squabbling. People use different variations of language all the time. But, no. At least once a month I run into someone sneering about the capitalization issue or snarking about how stupid people are when they add ‘k’ to the end of ‘magic’.

What amazes me even more is that some people will stick up their noses at the capitalization or spelling even though the person using those variations has reasons for doing so. Might even explain why right as they are using them. But still, you see the sneers and insults fly. Of course, Pagandom is not so different from any other ‘spiritual’ community, so the insults are often accompanied with a sniff and some comment of how the speaker or writer is not ‘enlightened enough yet’.

Though, honestly, I get fed up again and again with the way some people use their ignorance to demean others – “Oh, I’ve never heard of them, that person must not be very important or smart” – in the Pagan community. And that I get to see whenever some big name is mentioned. The behaviors – stuffy ignorance-as-insult – tie in to one another, and they’re both gross. At least for me, I’m not all that interested in demeaning people because they use ‘k’ (or not) at the end of ‘magic’. 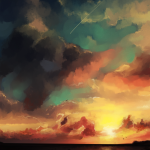 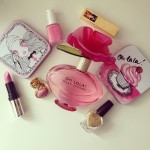 March 21, 2013 Gratitude [1]
Recent Comments
0 | Leave a Comment
Browse Our Archives
get the latest from
Aine Llewellyn - Dalliances with Deities
Sign up for our newsletter
POPULAR AT PATHEOS Pagan
1