I wrote on Sunday about cleansing and also mentioned a spirit that I’ve been interacting with – Mircea. His name is first mentioned in this story here. He later adopts the name Jealousy, and I’ve written about him here and here (two versions of the same event). His presence is felt throughout the whole ‘first mythos’ of the West (which will hopefully be solidly written by the end of this summer!). As noted in my previous post, he is the main antagonist in the Otherfaith.

I know, I know, seems a bit monotheistic (if you ignore polytheistic faiths that also have antagonists or spirits that are outside of the realm of worship or encouraged interaction). But, hey, if that’s the truth (and in the Otherfaith it is), I’m not going to try to force Mircea into some redeemable figure. He breaks an ethical boundary that isn’t fixable. And from the moment he begins his work at trying to suck the world dry to sustain himself, he is placed at odds with the values of the Otherfaith.

It could be very easy to take everything that Mircea is associated with – consumption, excess, extravagance, glamour, vanity – and declare it evil. The story is hardly so simple. The conflict between Mircea and the Dierne is not one of good vs. evil. the Dierne does not come to us as the opposite to all the Mircea represents. He does very clearly hold dominion over an area that Mircea violates (consent, especially sexual consent), and he is meant for the role (Boy-King) that Mircea has usurped. But the Dierne is just as much about vanity and extravagance and excess and mind-numbing pleasure as Mircea.

the Dierne, as with the Clarene, emphasizes consent, and he also focuses on conscious consumption.

Mircea is outside of that – he actively violates consent, both in ways we can easily identify and in smaller, less discernable ways – and so cannot be incorporated into worship. Any who align with that energy or spirit are, as such, also outside the realm of the Otherfaith and should be avoided. An individual who places themselves above another individual and disregards autonomy is to be looked at very critically.

I think it’s also important to note that Mircea ultimately breaks himself most. He injures the Dierne and in the mythos actually splits another god into various pieces, but everyone and thing he seeks to destroy survives. Mircea’s violation of one of the Gods’ holy realms results in his ceasing to exist. The struggle to overthrow his toxic power is long, and it is not easy, but the gods establish right relationship with each other and the world again.

The story of Mircea and the Dierne also informs us how we can better relate to our modern materialistic society. The more I work with it, the more I come to understand it as conveying how the Other People are meant to relate to our world (pretty obvious purpose, for a myth), most especially the problematic parts. the Dierne holds sway over many areas that are vilified by pious ‘true believers’ as being ‘not religious’ or ‘frivolous’ or ‘dangerous’ to devout religious life. Excess, consuming, indulging, vanity – those are his holy realms.

the Dierne teaches us – in stories and in direct interaction, if we reach out for him – that our self-worth comes from within. He is a good King because he is complete within himself. This ties into my readings on sacred Kingship and its connection to the land (though obviously the Dierne and Otherfaith do not fit into previous boxes). The King is the sacred land. If he is healthy, the land is healthy. There can be excess and indulgence because the core, the foundation, is stable and unwavering.

This contrasts with Mircea, who consumed in a weak attempt to fill the void inside himself. If we were to put these gods in more abstract forms: Mircea is the wound of our society, that emptiness that we seek to fill with hollow pleasures; the Dierne is our ideal state, being complete within ourselves and indulging in pleasures because we enjoy them. Of course, this simplifies both spirits down and turns the issue black and white, but it does show how the Other People approach materialism and consumerism.

Because the Dierne is a modern god, and he was born from such things, so we can’t shun them as evil or bad. Difficult, challenging, posing to us new problems and solutions? – yes.

As I write this, I’m listening to a few songs from the Dierne’s playlist. A close friend put the playlist together, and the songs are a good blend of serious, aching emotion and absolute irreverence. I remember those deep, dark parts of my god (he is a drowned god, after all, and he can drag us down), and I remember his cheeriness at being in a busy mall. He is the voice that asks us, “What did you really pay for that phone?” and the same spirit that is dancing on the corner of a Circle K, wearing too much make up and buying bad snacks and typing away on that damn phone. He is both the activist who plans rebellion using twitter and the shoe-photographing Instagram user.

He contains multitudes. He has geeky tattoos across his skin. He is the consumer and the consumed. He is the ideal and the reality. He reclaims the realms taken by Mircea and offers them to us, challenging us to see past the problems into the possibility. And then he tell us to make that possibility as real as we can.

[No matter how else I may feel about the stories I write, I still genuinely like this piece:

“You broke your vow,” Mircea stammered, skulking about around the other star. Pallis glared.

“So you hit me?” he challenged.

“You broke your vow!” Mircea howled, more sob than anger.

“So you hit me?” Pallis repeated, rising from the ground. Wind whirled about his feet and hair, and he reached with bloody fingers towards his brother. “You have fallen so far as to attack me?”

“I hit you because you deserve to be hit!”

Pallis, at that, had nothing to say. For he knew as well as he knew the stars, no creature or kind deserved to be beaten. He could only stare at his brother and wait for the same realization to come to him. 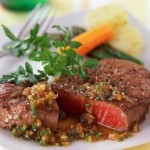 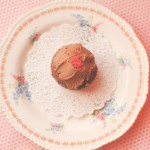 June 3, 2013 Small Spirits: Preparation
Recent Comments
0 | Leave a Comment
"Thank you! I'm glad you liked it."
Aine Pop Culture and Paganism
"Thanks so much for addressing this! Great post!"
Kris Hughes Pop Culture and Paganism
"Glad to see you back, great post. I’m not from otherfaith but created my own ..."
R. V. ‘Dalliances with Deities’ Opens Again
"Au revoir!"
A Witch's Ashram Moving Forward
Browse Our Archives
Follow Us!