As I’ve been working on more in-depth primers for the Otherfaith, I’ve returned again and again to certain questions. One of these is, “Why worship new gods and spirits?”

Why not worship an older, attested-to group of gods? Why not work with folkloric faeries? Why not choose a specific culture to draw from? People get a little nervous about new spirits, or at least ones that aren’t pretending to be ancient and historic.

(And that, perhaps, is the key – that these spirits and gods are not found in folklore or history, and so we can become skittish about their existence. As if the spirits were bound to only what humans have known and written before.)

There are a few reasons that the original seed of the Otherfaith didn’t latch onto an ancient cultural framework or gods, and there are reasons why I continue to focus on new spirits as the Otherfaith grows.

I’d been doing work to connect to gods and spirits for years, for most of my life, but it was only when the gods finally smacked me upside the head that I really understood. And that moment did change a lot of my life, in ways I expected and didn’t expect. It changed how I approached every other god and spirit. I went from vague polytheism to actually living polytheism, understanding the separateness of the gods, and wanting to honor them as individuals.

There were older gods that I gave, and give, worship to. Having my world effectively wrecked by new deities didn’t mean I had to give up the old ones.

It could be a lot easier to be private about these new spirits. I considered it, at the beginning – just not talking about the gods, wrapping myself up in a cocoon and not discussing what I experienced. But I’m a loudmouth, and the spirits don’t want me to be silent about them. I don’t feel that I am the one to share these spirits, nor do I think I’m divinely appointed. I think I made space for the gods to come into my life, and I was surprised by what gods arrived. They reached into my heart and changed my life, and the least I can do is give them honor.

At the end of the day, the Otherfaith is for these new spirits because they are the ones that shaped it, they are the ones that stir those that come to the faith. I could go on about how we need new spirits in our lives, how modern spirits will confront our expectations and assumptions, and while I believe that to be true, it’s not as if emerging spirits have the monopoly on that. My devotion to Antinous (and friends) challenges me just as much. I think new spirits can challenge our perception that we know everything there is to know about the otherworlds and spirits, but only if we allow them space. I opened myself to what gods would come – and I didn’t decide one day to do that, I worked years and sacrificed a lot of my life, and I got lucky – and then when they came I accepted them into my life.

I wanted to work with the spirit-reality around me that I found, and new spirits were a part of that. That is why new spirits. 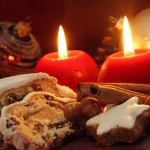